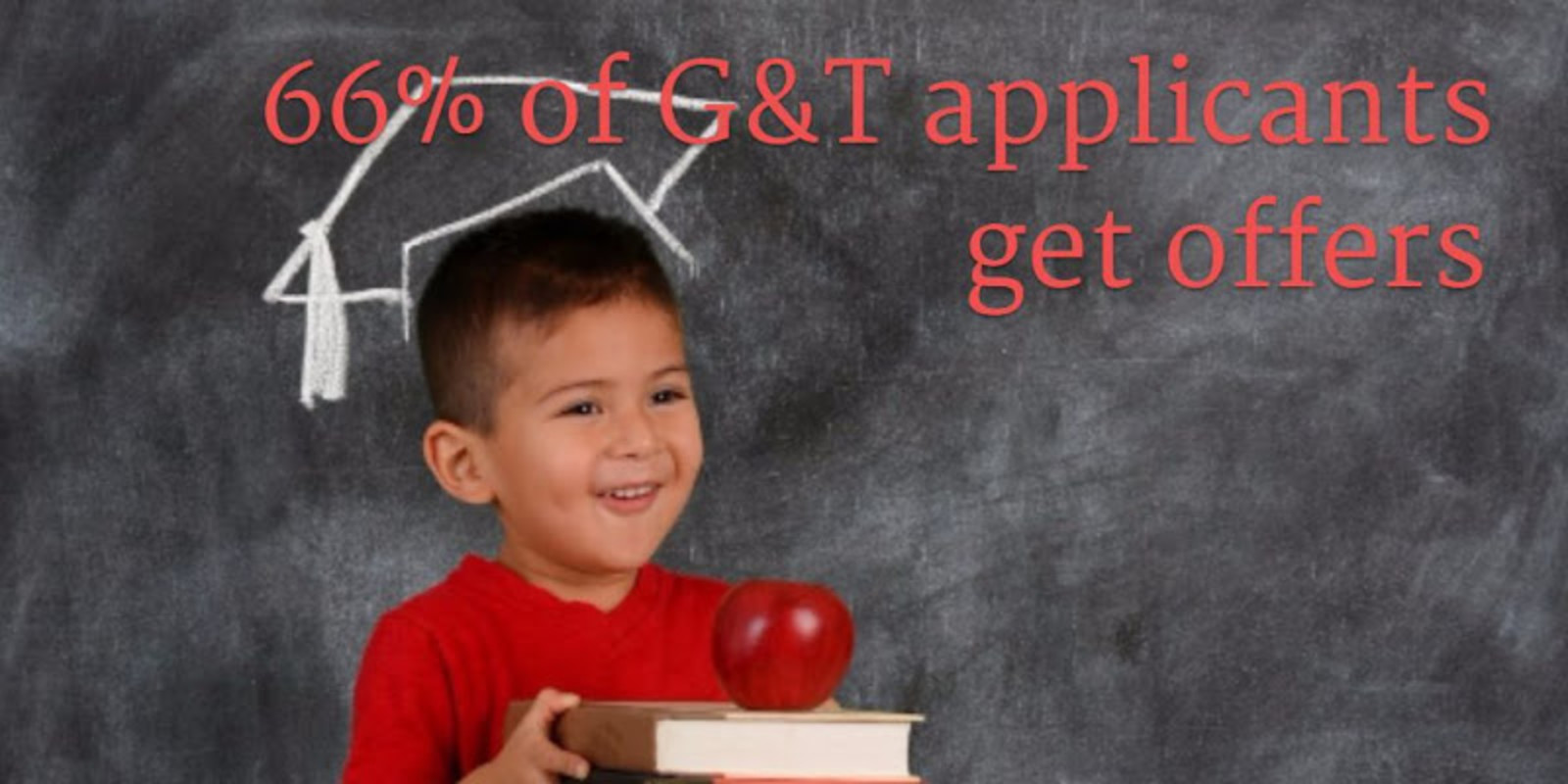 Sixty-six percent of eligible students who applied to G&T (gifted and talented) programs in 2015 received offers today, up from 2014 when 60 percent of applicants received offers. Fewer students applied this year: 7,242 students in grades k–3 applied for a spot, a decrease from 8,010 applications last year.

Incoming kindergartners—the first entry point for gifted programs—had the best chance of gaining a seat: nearly 80 percent of the applicants received an offer, as compared to only 36 percent of 3rd-graders.

As in previous years, admission to one of the five citywide G&T programs eludes most eligible students. While more than 1,500 kindergarten test-takers scored high enough—97th percentile or better—to qualify for a citywide seat, there are only about 325 slots. Most offers go to children who score in the 99th percentile, or to eligible siblings of current citywide G&T students. The DOE has not yet released figures for how many were offered a citywide G&T seat this year, but last year roughly 300 earned a spot.

"Our PACE group is always advocating for more citywide seats," said Katie Sperling, co-founder of PACE: Parents' Alliance for Citywide Education, "especially our initiative to open a school in the Bronx where there are no citywide options." Families in the Bronx, where more children tested this year than in previous years, she noted, must travel to another borough for citywide programs and the city does not provide busing.

Despite outreach efforts by the Department of Education, disparity persists between poor and middle class districts. Three districts did not have enough qualifying students to offer a program for incoming kindergartners: Districts 7 and 9 in the Bronx, and District 23 in East New York, Brooklyn. Students in those districts may attend G&T programs in other districts.

A DOE spokesperson said that targeting resources to traditionally low-income districts had yielded more applicants in 2015 but that more work needs to be done. "

"Every student—no matter what zip code they live in—deserves a fair shot at these unique programs, and it's critical that we are making the test accessible to all our students and families while maintaining the same high standards," said Chancellor Carmen Fariña in a statement.

If you moved to New York City after the deadline to sign up for 2015 testing, your child may take the G&T test this summer. Sign-up forms are available on the DOE's website, but you must submit a request by June 19. You'll find out on June 26 what day your child will be tested. Summer testing will happen the week of July 6.

Families accepting a G&T offer will need to pre-register at the school by Thursday, June 11. If programs don't fill, schools can make offers to waitlisted families as seats become available between now and October.