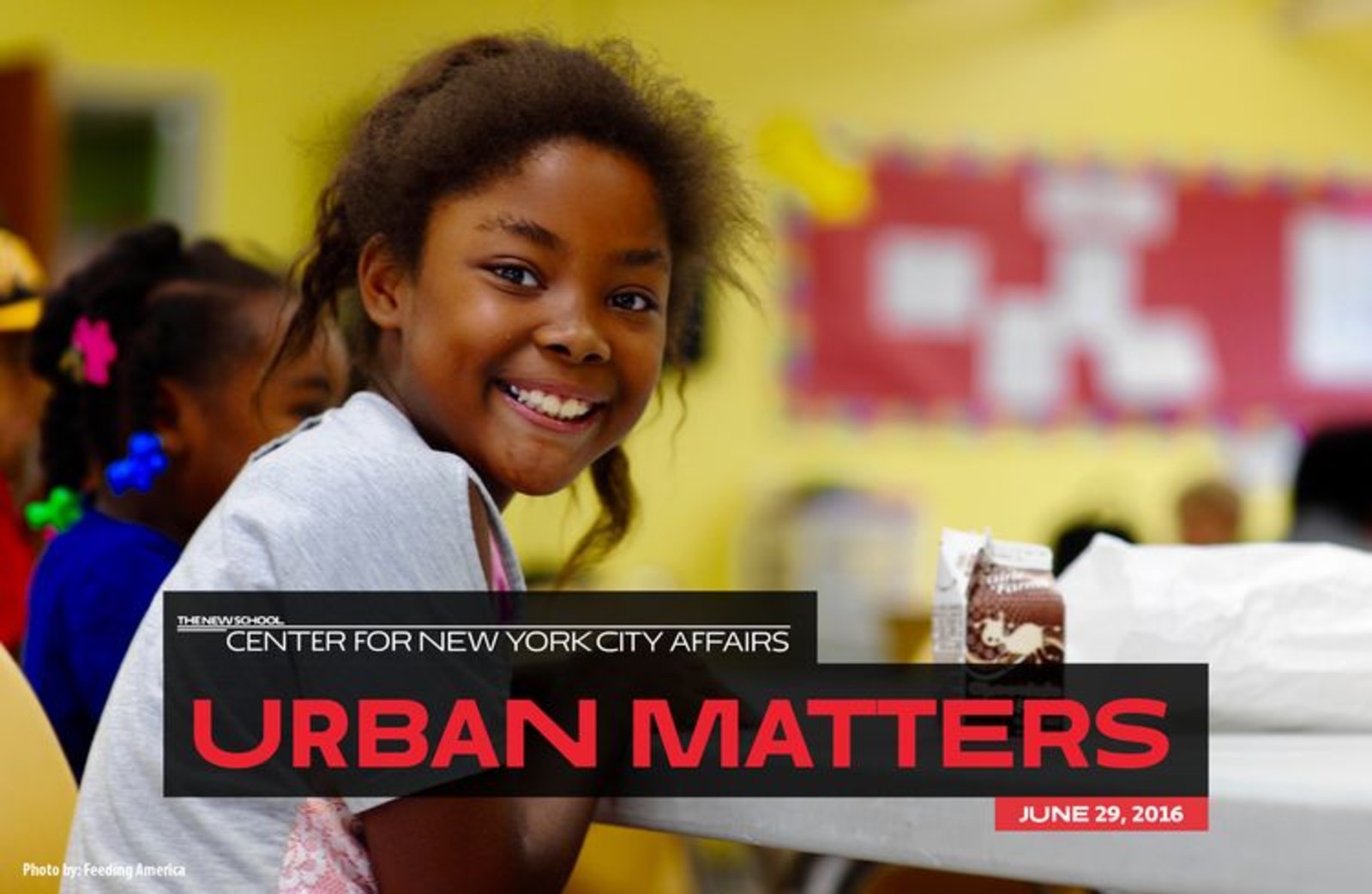 During 10 months of the year, hundreds of thousands of New York City kids eat free school breakfasts and lunches. These meals constitute a vital lifeline for families with already-stretched food budgets. So for many such families, the June 28th last day of public school classes may be less about planning summer fun for the kids and more about facing a serious months-long gap in their nutrition.

Unfortunately, the Summer Meals program can seem like the world's best-kept secret. Food Bank For New York City is in a position to know. We serve nearly 1.4 million people—almost one out of every five New New Yorkers –through a network of food pantries, soup kitchens and community-based charities. And our October 2013 report, "Hunger's New Normal: Redefining Emergency in Post-Recession New York City," which was based on interviews with more than 1,200 people using food pantries and soup kitchens in all five boroughs, found that a whopping two-thirds of families using those resources don't take advantage of Summer Meals. The number one reason? They don't even know about it.

This isn't just a New York City phenomenon. Earlier this month, the respected Urban Institute think tank reported that while some 22 million school-age children eat free or reduced-price school lunches nationwide, only about 2.6 million of them—over one in 10—take part in the federal Summer Food Program. The effects of such summer-long nutrition deficits can be especially critical for young children, for whom even mild undernutrition can stunt physical growth and adversely affect brain development.

• Calling 311 and asking for Summer Meals locations in your zip code.

• Downloading the SchoolFood app to search for Summer Meals locations.

• Texting "NYCMeals" to 877-877. After providing a street address and zip code you'll be directed to the nearest Summer Meals locations.

Summer, unfortunately, is also the time of year when the supply of food for food pantries and soup kitchens in our city is at its lowest—so Food Bank For New York City will also be providing information about Summer Meals at the food pantries and other programs in our citywide network. And we hope others will join us in spreading the word to make sure that no child faces hunger this summer.

[Karra Puccia is a government relations fellow at Food Bank For New York City, which has been the city's main supplier of emergency food and a major hunger relief organization throughout the five boroughs for more than 30 years. this article appeared first on Urban Matters, Center for NYC Affairs]