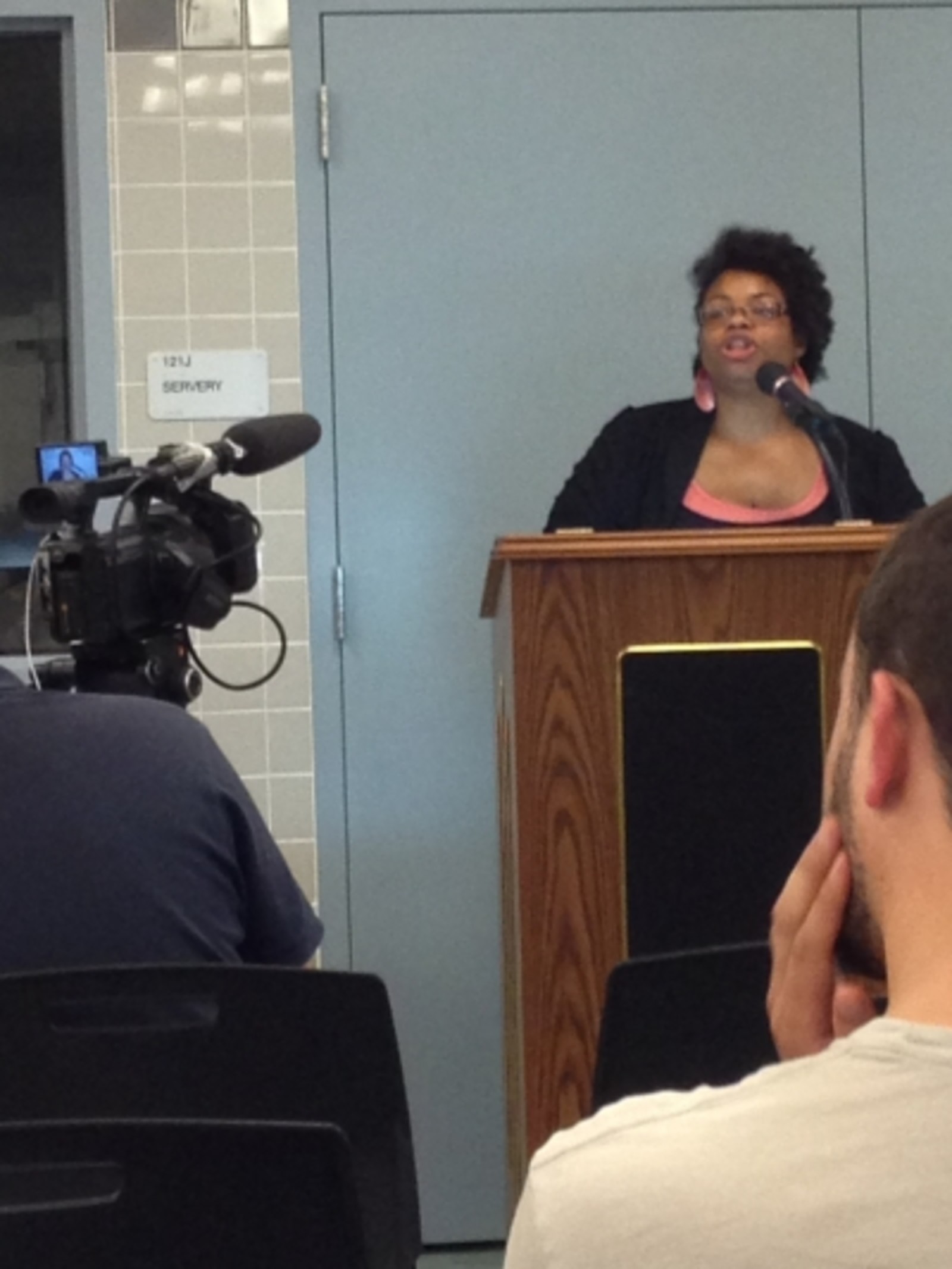 At a public forum Tuesday night in Washington Heights, Community Education Council 5 President Sonia Jones said her council plans to vote "no" on a resolution to de-zone when it meets on June 13th.

Jones said CEC 5 is submitting an anti-de-zoning resolution to clearly state its position on record: “Teachers, parents and principals are standing with CEC 5 against de-zoning,” Jones said while sitting on a panel at the Public Forum on Elementary School De-zoning, hosted by Councilperson Robert Jackson, head of the City Council's education committee.

Jones acknowledged that the idea of “choice” sounds appealing, but, she said, “you don’t get to choose what school your child really goes to, because there is someone in the office who decides where your child goes.” Jones advised District 6's Community Education Council, which is also considering a de-zoning proposal, to “slow down.”

Most attendees of the forum, which included uptown parents and representatives fromNew York Communities for Change, New Yorkers for Great Public Schools, and the Mirabal Sisters Cultural & Community Center, said they did not support the Education Department's recent de-zoning proposals for Manhattan Districts 5 and 6, which include parts of Harlem, Washington Heights and Morningside Heights. They signed a petition to voice their opposition to reconfiguring school districts to lose zones.

Like most city school districts,  districts 5 and 6 have zoned elementary schools and as a few unzoned schools. District 1 has been unzoned since 1989, and, this year, districts 23 and 7 were de-zoned, so children in those districts apply through the school choice application process.

The host of the forum, Jackson, urged the councils in districts 5 and 6 to be careful to protect their power. He said, "the only power of authority CECs have" is in jurisdiction over zoning. “Lets not give that power away to anyone else.”

"What's the rush?" Jackson asked. "Why are we trying to fast-forward this at the end of the CEC's term?" He suggested slowing down to gather more community input before making the decision to de-zoning.

Community members echoed Jackson, saying de-zoning does not lead to real choice and community schools are invaluable. “De-zoning truly and honestly does nothing to improve schools,” said Natasha Capers from NY-GPS.

Lisa Donlan, the president of CEC 1, which presides over the city's first unzoned school district, urged CECs' 5 and 6 to be conscious of the importance of “community controls” with de-zoning, and explained that equity will not come from de-zoning, but, in fact “equity takes a conscious community effort.”

Donlan explained that, in 1989, when the School Board decided to do away with school zones in District 1, the local community had more power. She offered some prerequisites for a controlled community choice system, such as full day pre-k in every school and equal resources for all schools. “One size fits all doesn’t end up fitting anyone,” Donlan said.

Others expressed suspicion of the DOE's plan. Mark Otto, an assistant principal at The Facing History School on 50th and 10th Ave, received applause when he stated, “As parents you don’t actually have a choice. You list 12 schools and then a magician behind a curtain makes the choice for you.”

Joanna Garcia of Councilmember Jackson’s office recommended that CECs' 5 and 6 focus on outreach among politicians and community leaders, as well as working their anti-de-zoning petition into the upcoming mayoral race.