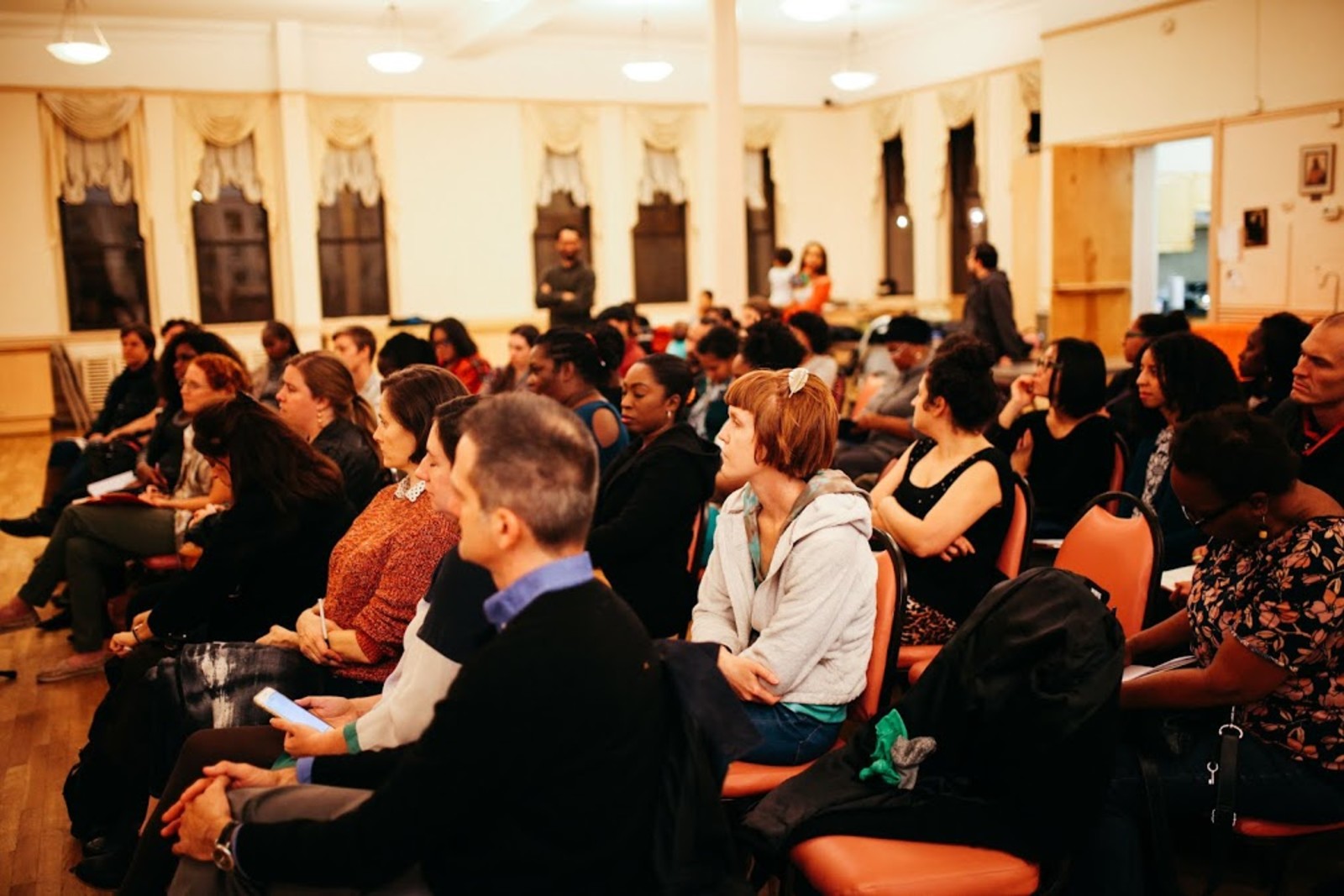 It seems like every day I read another account of persistent segregation in public schools. They point to one conclusion: No political system or bureaucrat is going to integrate our schools for us. In the Bedford-Stuyvesant neighborhood of Brooklyn, the Bed-Stuy Parents Committee did not necessarily start out to solve that particular problem. Rather, beginning last year, a group of new parents simply got together to talk about what we perceived as a lack of acceptable public school options in our neighborhood. We started off angry about the state of our neighborhood schools, and we came to realize that we are just as responsible for them as anyone.

Our district—District 16—had the reputation of being one of the city's worst by several measures, and it lacked options such as gifted and talented or dual language programs. For decades, parents had been "trading up" to public and private alternatives in other neighborhoods, or to charter schools. Many of us were prepared to do the same—but, we wondered, was there another way?

For strategic reasons, we focused on parents of children aged 4 and under, wanting to build a pipeline of children who were not already enrolled in a school. Fueled largely by word of mouth, the group grew and gathered momentum. We overflowed our meeting space. More than 250 people have joined our Facebook page. Some come because we make it easier to visit schools, for help navigating the application process, or for friendship and bonding, or because they are interested in inquiry-based education, or out of a deep committment to educational equity. It doesn't matter—people can have whatever reasons they want as long as they will at least consider enrolling their child in a neighborhood school.

We are a racially diverse group. But as an upper-middle-class black parent from a neighboring district said to us at one of our meetings: "There are two kinds of people who don't want to go to an all-black school: white people, and other black people." While race has always been a consideration for us (we worried about being perceived as colonizers), the group has always understood integration to be as much about socioeconomic status as race.

I was struck in particular by an article, Why White Parents Won't Choose Black Schools, which describes how parents in gentrifying neighborhoods ignore the schools in their backyards to the point of not even setting foot in them. This was a two-way street—some of our members had been discouraged or outright rebuffed when asking for tours. Since we were apprehensive about how we would be received, we were deeply impressed when one school actually responded to us with enthusiasm. When they served us coffee and muffins, we almost cried! During the tour we realized that it was only natural for the teachers and staff to be wary about being observed and questioned by nearly two dozen highly educated, highly neurotic parents. Unlike the PS 321s and the Brooklyn New Schools, with their online RSVPs and their polished presentations, our schools weren't used to it. Most of our parents weren't expecting high test scores or Mandarin classes, but we were looking for receptive and resourceful school leaders, and we found them.

Once in the schools, we saw just how resourceful many of our educators were even though they worked with little support. We discovered that at PS 309 kids led their own town hall meetings and PS 5 had developed its own engineering curriculum. At Brighter Choice Community School, the principal taught gym classes—not just to students but parents too. At PS 21 students published real books.

We also saw how many factors parents weigh when choosing a school. As we solidified our mission, we realized that we could not choose a single school. We began to see a role for BSPC in supporting and promoting the district at large, identifying and working on district-wide issues like the lack of after-school programs for pre-k. We began planning a district-wide elementary school fair in the fall. At the same time, we recognized our limited capacity. Our members who were enrolling in pre-k coalesced around two schools. Reading some old articles, I saw that before she became chancellor, Carmen Fariña used to give a talk to parents about how many families it takes to transform a school: In one report, it was 15, in another it was 10, and in another, it was five.

The truth is, we don't know how many it takes. And we don't know, on the first day of school, how many we will have—people like to tell us stories about good intentions losing out to reality. We, in turn, like to point out that when you leave the district for a fabulous school, you lose the value in having a neighborhood school, and that neighborhood schools will improve if we go to them. We know that schools get better when they are racially and socioeconomically integrated, and schools get more resources when they have more students. So, that's two problems solved just by walking in the door. And walking in the door is just the beginning.

Shaila Dewan is a Bed-Stuy resident and mom to a 3-year-old boy who will be attending a District 16 school in the fall.