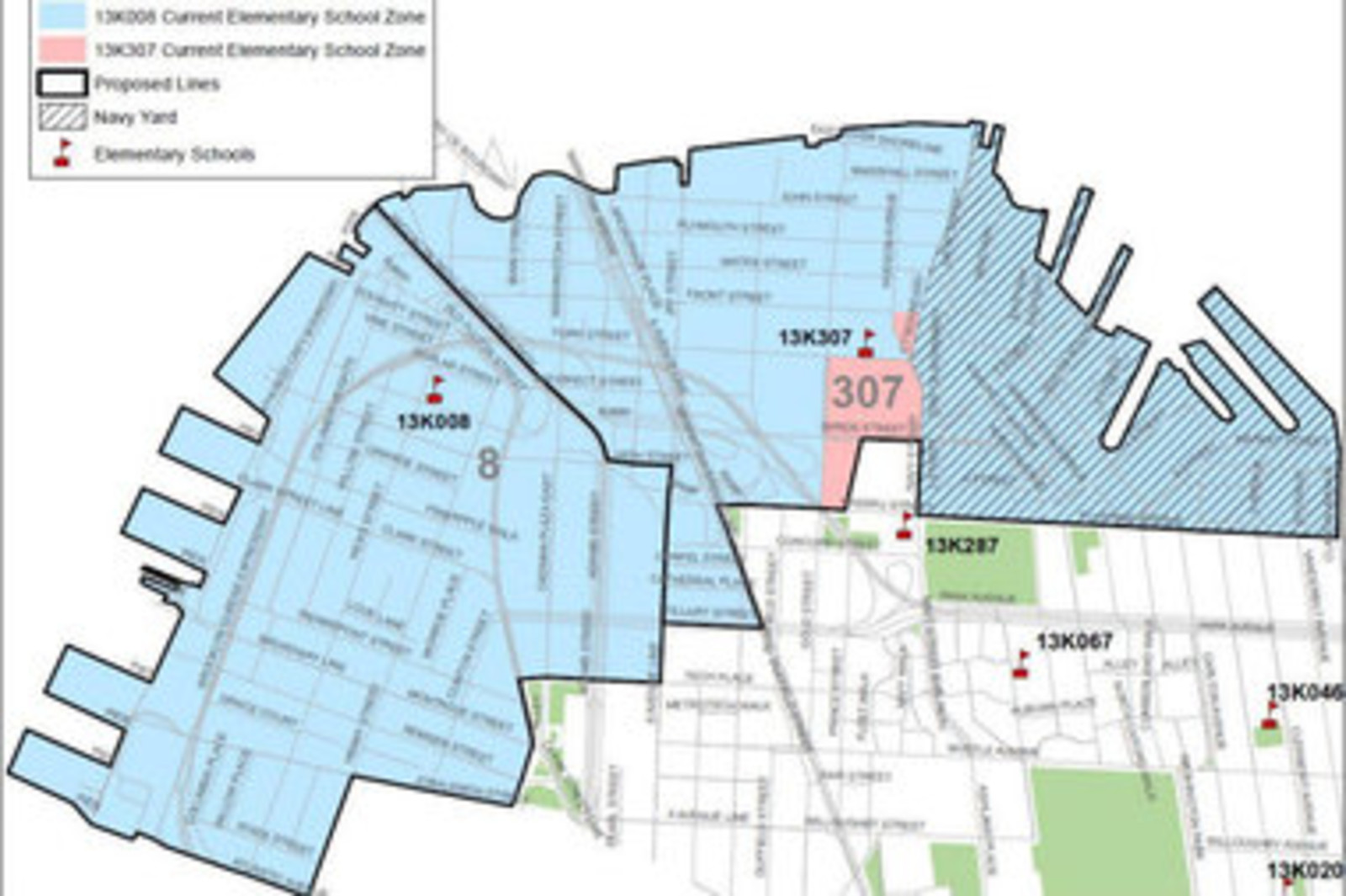 Parents and community leaders said Wednesday more time is needed to consider the city's proposed rezoning of P.S. 8 and P.S. 307 — a plan that does not adequately address issues of race and class that exist within the communities.

The Department of Education is seeking approval to redraw the two schools' zones, which would affect future District 13 students living in DUMBO, Brooklyn Heights and Vinegar Hill.

At a town hall meeting Wednesday evening, many locals pushed back against the city's plan because they said it neglected the needs of P.S. 307, a school with a high minority population, including children who live in Farragut Houses.

Based on 2014 records, P.S. 307 is 93 percent minority whereas P.S. 8 is predominantly white, according to the DOE's presentation, which also suggested that rezoning would integrate the schools.

"This plan is based on the needs of one community — P.S. 8," said the Rev. Mark V.C. Taylor, pastor at The Church of the Open Door, who received widespread applause as he spoke at the meeting.

"You've got a plan that only considers half of this community — and once again the half that's not considered is the black half," he said. "There's issues of race and class that need to be figured out."

P.S. 307 advocates fear overcrowding, loss of seats for low-income students and problems that could arise by merging the populations as a result of new zones.

(See the rezoning plan and comments on the District 13 Community Education Council website.)