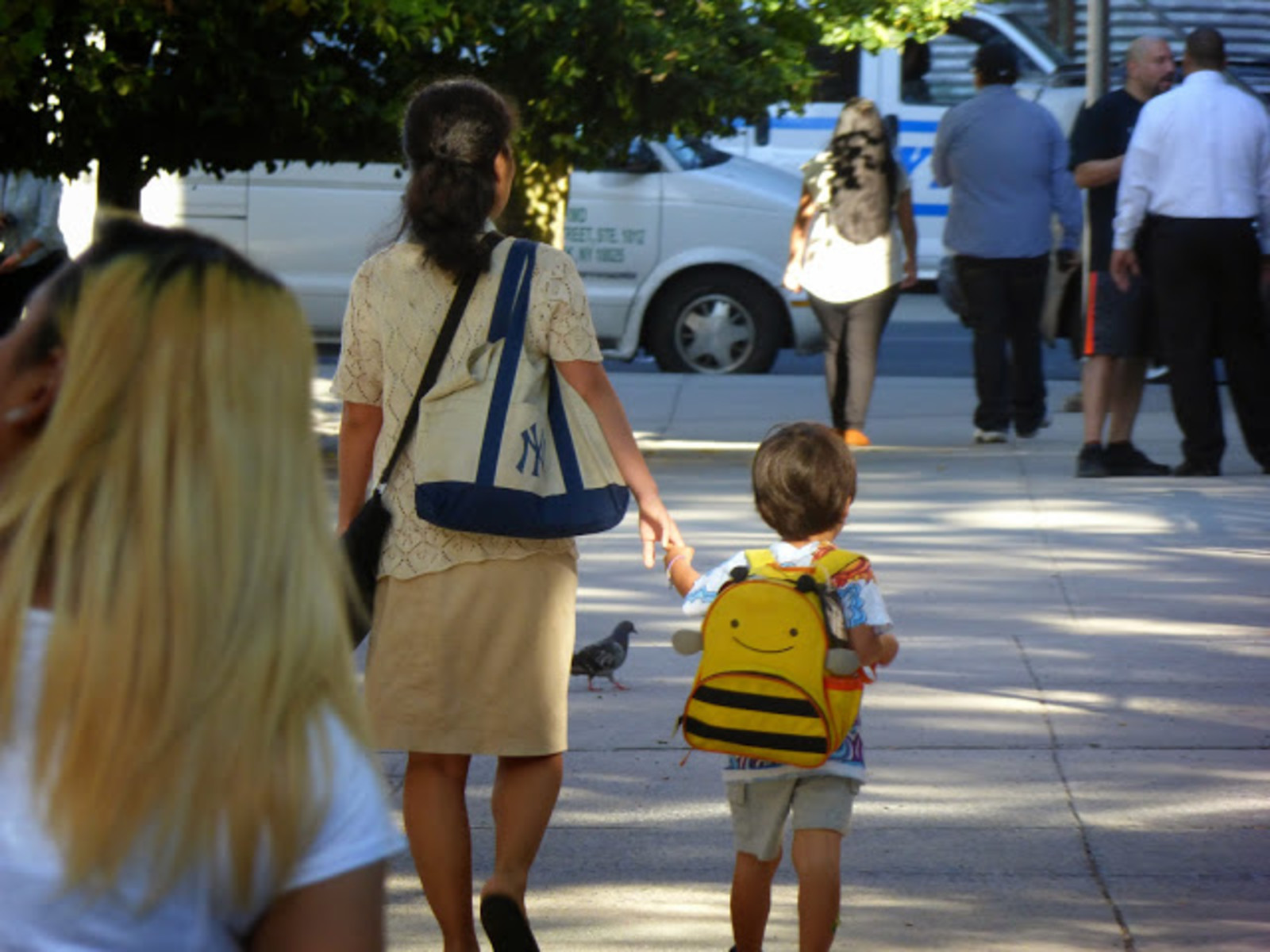 The call to action is different for every parent. For Naila Rosario of District 15 it was overcrowding and a lack of pre-k that led her to run for a Community Education Council seat four years ago. For Deborah Alexander of District 30, it was attending her first CEC meeting as a kindergarten mom and seeing parents fight on behalf of families whose needs were very different from their own.

“I was blown away by that kind of selflessness and commitment to a broader cause,” Alexander said. “When it was over I wanted to do the same. Then when you get in you see how tricky it is.”

Talk to any CEC member and you’ll hear that educational advocacy in New York City is much like parenting itself: fulfilling but frustrating. “It’s a lot of work,” said Alexander. “It’s daily emails and phone calls. That’s one thing parents don’t realize.” Add to that, election process glitches (at press time the DOE had only posted 95 percent of applicant profiles online more than a week after the application deadline), strict voting laws (only three PTA officers from each school can actually vote for district CEC reps) and a lack of real legislative power on many issues, and it’s enough to thwart even the most well-meaning of parents.

New Yorkers don’t seem daunted. When the CEC application period ended last Monday, 1290 parents had applied to run for 300 seats in 32 district and four citywide councils, a 70 percent increase in applicants compared to 2013, according to the DOE. Rosario, for one, is thrilled about the increased interest, a change she sees taking hold throughout her district. “My first candidate forum had three parents,” she recalled. “This year we have RSVPs for over 200.”

The rise in turnout in many parts of the city is hardly a fluke. Jesse Mojica, executive director of the DOE’s Office of Family and Community Engagement (FACE) credits a massive outreach program involving months of planning and advertisements in subways, ethnic and community publications and small newspapers. “It speaks to the hard work of this office and leadership of the chancellor. We have worked hard to let everyone know that we take parent voice very seriously,” he said.

CEC members agree that the environment under Mayor de Blasio and Chancellor Carmen Fariña has been much more friendly and engaging for parents than in the past. Mojica and the chancellor meet with CEC leaders bimonthly to consult on issues, and formed a Blue Book Working Group intended to give parents more input on co-locations and building utilization.

Still problems and inequalities persist. In District 5 in Central Harlem where many zoned schools are struggling, there have been complaints about uneven representation and the strict CEC voting laws. While intended to give every school an equal number of votes and not to allow any one school over-representation on the councils, some say the laws end up undermining the parents who care the most. “Not even the motivated schools have a shot in this CEC system,” said a frustrated District 5 mother who preferred to remain anonymous. “There are lackluster reps who could care less. Why not let the reps who are motivated by their own school lift up all of the schools?"

Whether or not voting laws could be changed to allow more parents to participate, especially in places like District 5 where a few strong and active schools are outnumbered by troubled ones, is also unclear. Mojica said there are no current plans to change the process.

After a history of troubled elections, particularly in 2011 and 2013 (the elections occur every two years), this year’s process seems to be much improved if not perfect. More applicants isn’t necessarily better without the mechanism to handle the numbers, says Alexander, whose own candidate profile has yet to be posted online. She lays the blame, at least partially, with FACE. “It needs to be revamped,” she said. “I don’t want to just bash them, but they need help and support from the DOE.”

Mojica disagrees with that characterization. “When you deal with the largest school system in the nation, resources are always going to be a challenge,” he said, noting that each application must undergo three layers of review and the entire CEC selection process is subject to a strict 90-day state mandated window. “There’s always room for improvement, but I’m encouraged when I look at this process. We are moving in the right direction.”

For all the hurdles, it’s the personal connections that seem to matter most to parents. Direct access to the chancellor and superintendents give representatives like Alexander and Rosario a clearer view of DOE policies that often confound families day to day. “The biggest benefit is being able to help parents navigate the waters,” said Alexander. “That’s why I ran and that’s why I’m continuing to run.”

To see the CEC candidates running in your district or to attend an upcoming forum, visit nycparentleaders.org.