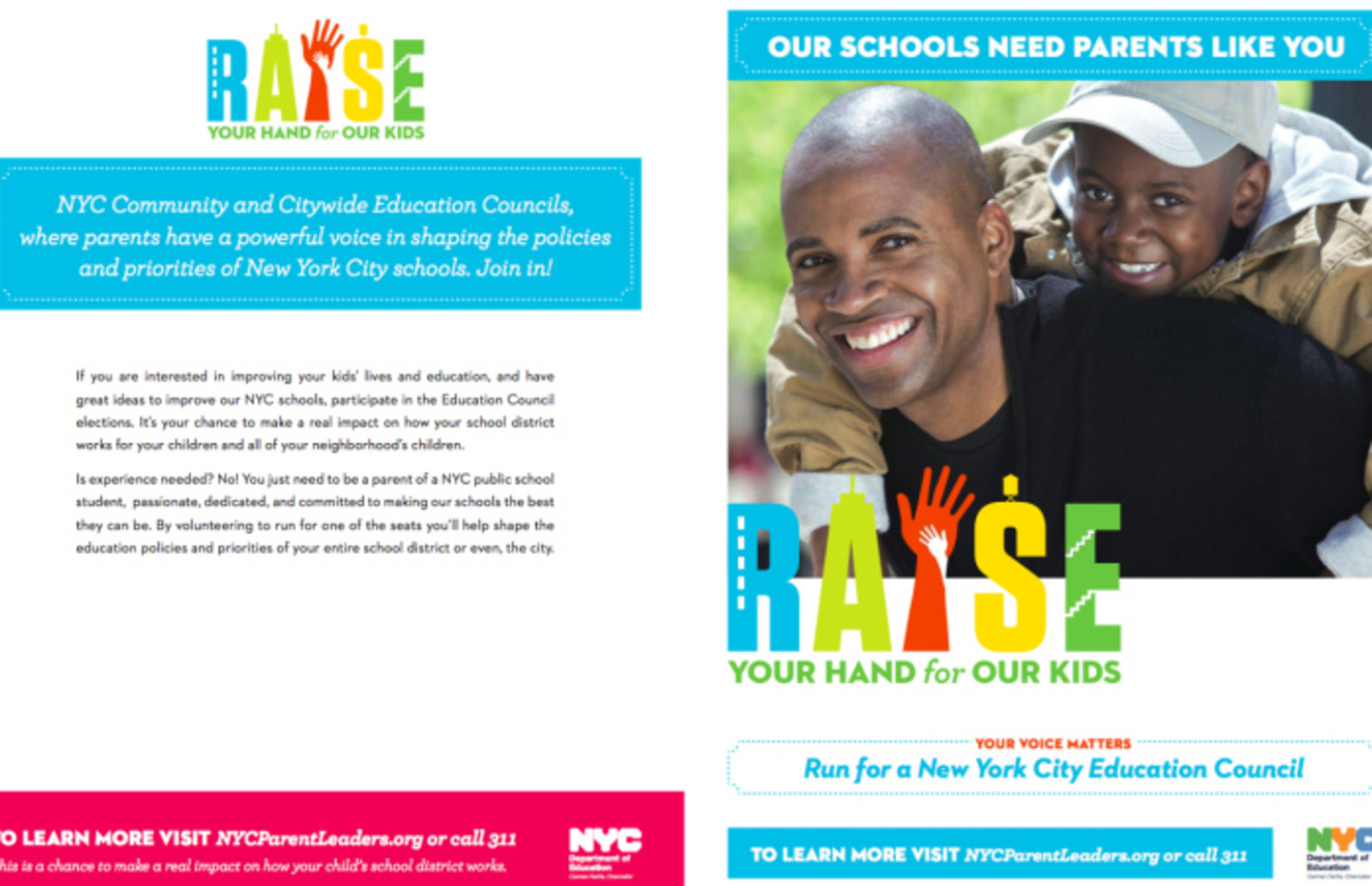 The de Blasio administration asked parents to “raise their hand” — and they did.

The number of parents who participated in this year’s elections for local and citywide education advisory board seats surged this year following an outreach campaign that the administration called “Raise Your Hand for Our Kids,” officials said Tuesday.

Some 1,290 parents applied for unpaid spots on a citywide or community education council, a 77 percent increase over the number that ran in the previous election, in 2013. Nearly 2,300 parent-association leaders voted for candidates in this year’s election, a 60 percent rise above 2013’s turnout.

The number of candidates and voters was not evenly distributed among districts, and some council members said the small number of eligible voters per school and the councils’ limited advisory role keep more parents from participating. Still, they praised the administration for its efforts to draw more parents into the councils.

“We made clear at the outset that our administration would elevate and empower public school parents as never before,” Mayor Bill de Blasio said in a statement, “and that’s precisely what we’re seeing in these elections.”

All 32 of the city’s school districts have community education councils, or CECs, which replaced the locally elected school boards that were dismantled when the state granted Mayor Michael Bloomberg control of the city school system. The councils are made up mainly of elected parents who approve school zones, hold hearings on district spending plans, and give recommendations on certain policies.<

Parents also make up four citywide councils that focus on high schools, non-native English speakers, special education, and the district for students with severe disabilities. The council members, who serve two-year terms, give feedback on policies and issue annual reports.

During the Bloomberg administration, critics complained that the city did little to recruit parents to join the councils. In 2011, some officials (including then-Public Advocate de Blasio) called the elections deeply flawed and undemocratic and several parents filed a restraining order to halt the vote because they believed a series of education department errors had blocked some parents from participating.

To encourage more parents to run in this year’s education council elections, de Blasio mounted the outreach campaign that included subway ads in nine languages, dozens of information sessions, and thousands of robocalls to parents. Education department employees also called some principals to let them know whether their parent-association leaders had voted in the council elections.

Still, not every school district saw the same spike in parent participation this year.

For instance, some Brooklyn districts had about three times as many parents run for CEC seats as others, according to the borough president’s office. Many more parent-association officials voted in certain districts too. For example, Brooklyn’s District 20 (with 38 schools) had 124 votes cast, compared to 79 votes tallied in the Bronx’s District 9 (which has 30 schools).

Ellen McHugh, the public advocate’s appointee to the special education council, said that one way to increase involvement in the elections would be to allow all parents to vote, not just the parent-association president, secretary, and treasurer (or people they designate).

“If you limit the vote to only three people, what are you saying to others?” she said. “Your vote doesn’t count.”

She and other council members said that some parents do not run for CEC seats because they do not understand their function, while others feel the advisory boards have too little authority to be worth their time. But they also said the city’s outreach efforts appear to have sparked new interest in the groups, as have Chancellor Carmen Fariña’s regular meetings with CEC members.

“She really is going above and beyond her predecessor,” said Laurie Windsor, District 20’s CEC president. “One hundred times over.”