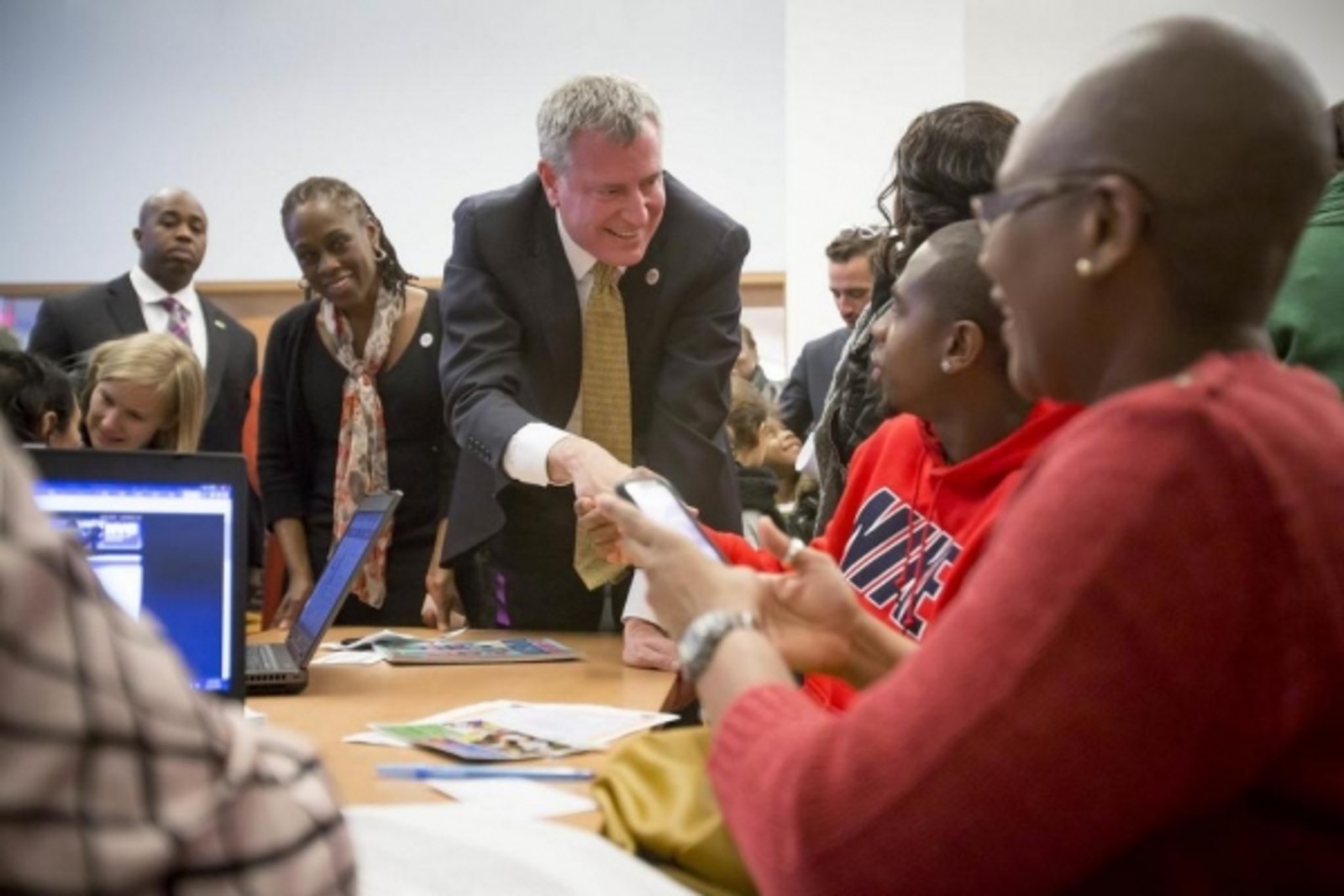 Mayor Bill de Blasio on Monday announced his strategy to support the city's schools that are "most in need of help." In conjunction with some additional coaching, oversight and a longer school day, 94 "Renewal Schools" identified for their poor test scores, graduation rates, and School Quality Reviews will receive $150 million to become "Community Schools" that provide additional programs and social services to meet the needs of the "whole child, whole school, whole community."

Yesterday's announcement doubles down on de Blasio's campaign promise to establish 100 new community schools by the end of his first term. This summer, he repurposed state funds dedicated to attendance improvement and dropout prevention into a competitive grant to fund 45 new community schools. When those schools (to be announced soon) and the additional 94 Renewal Schools are underway, the number will far surpass de Blasio's goal and will establish New York City as the largest system of community schools in the nation.

The strategy resonates with research by the Chicago Consortium for School Research and our partners here at the Center for New York City Affairsshowing that schools facing multiple challenges associated with poverty and neighborhood instability will struggle to lift student achievement even with good administrators and teachers. Rather than mark these schools as "bad schools" and slate them for closure, the mayor promises to give them "unprecedented levels of support." They will receive additional funding to increase instructional time by one hour per day, offer academically focused summer programs, and provide health and social services that are targeted to the particular needs of their students and families.

But this set of tasks requires much more than additional funding. Other than acknowledging that the transformation into a community school "is a major step, which will completely change how these schools operate," de Blasio failed to articulate all the other ingredients that must go into the strategy. Most conspicuously absent are the community partners themselves, who typically provide the services, coordination, community organizing and additional funding it takes to get a community school off the ground.

Expert community school partner organizations like the Center for Family Life in Sunset Park and the Children's Aid Society will tell you that they are most successful at schools where principals, teachers, parents want to do this work with them. You cannot force it upon them, nor can you see the payoff of their collective efforts in only two or three years. Schools in de Blasio's first batch of 45 community schools were chosen amongst hundreds of applicants who want to do this work. By contrast, the 94 Renewal Schools will have this work foisted upon them, and will be subject to increased oversight and accountability that could still end in school closure if no improvements are made in three years.

If a school really wants to meet the needs of its students and families enough to raise student achievement, it has to do more than forge a partnership with a museum or a hardware store, two examples de Blasio mentioned yesterday. It has to be willing to share its building, time, resources, and leadership with others and embrace a completely different vision of what schools can and should accomplish.

(Nicole Mader is an author of Scaling the Community School Strategy in New York City and appeared on arecent episode of CUNY TV's EdCast to discuss community schools in New York City).