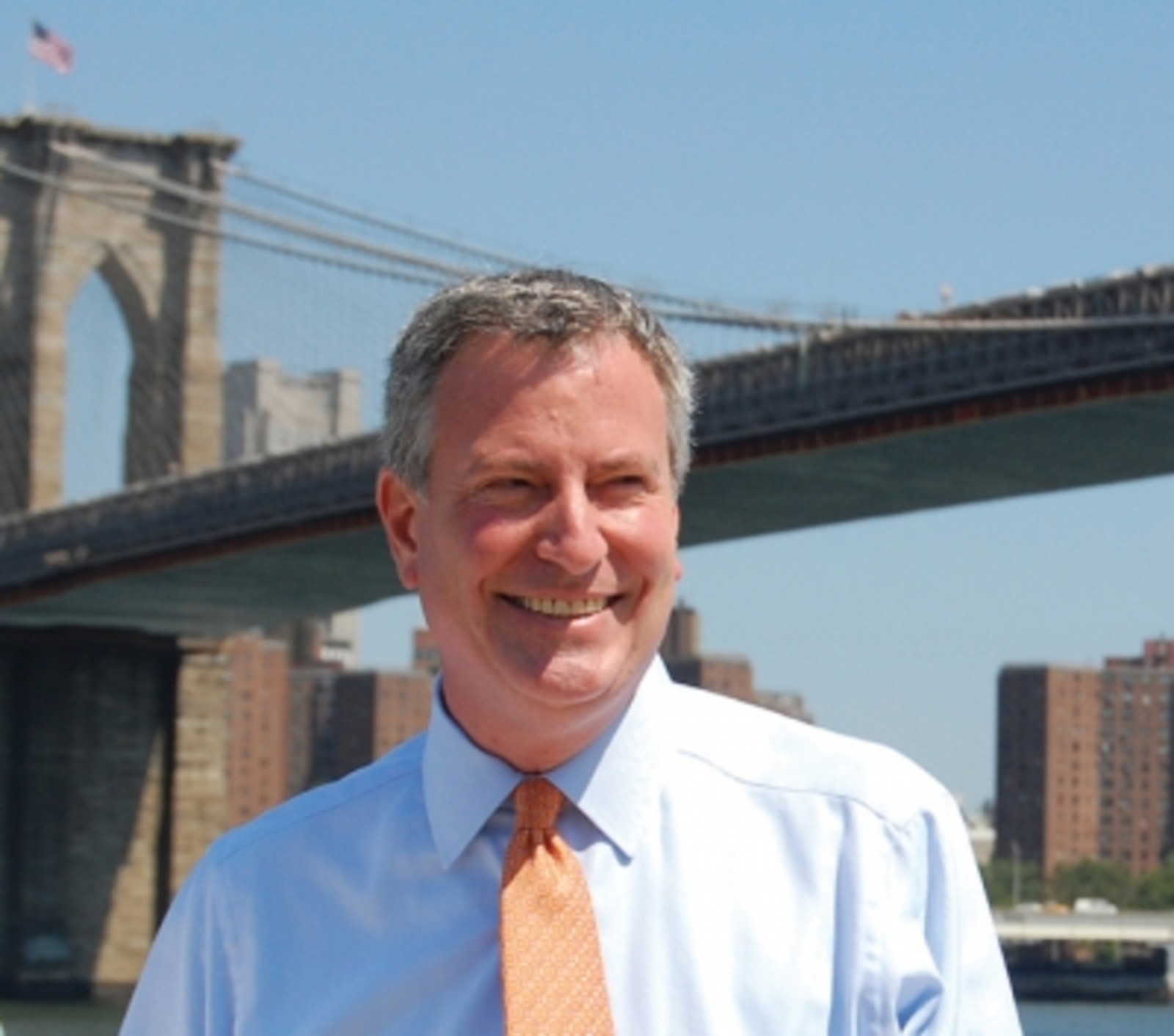 Public Advocate Bill de Blasio wants every New York City high school to have a direct link to colleges, apprenticeship programs and businesses, he said in a speech this morning at the Center for New York City Affairs at The New School. As he gears up for a mayoral run this fall, de Blasio criticized Mayor Bloomberg for policies that he says have deepened the rift between rich and poor in New York City; de Blasio proposed educational improvements to shrink the gap.

Part of de Blasio's plan to improve the quality of life for half of the New Yorkers that he said currently live near or below the poverty line is to expand career training to create a direct link between city high schools and CUNY to solid middle class jobs in fields like technology, health and building maintenance. Right now, de Blasio said, living wage jobs in those fields are "dominated" by people who come from outside of New York. "Let's set a goal that within eight years, the majority of skilled technology sector jobs in this city will be filled by those educated in New York City schools," de Blasio said.

De Blasio proposed "deepening" Bloomberg's recent push for more CTE schools in those fields and creating a direct connection to CUNY and to "industry-linked" career training in every city high school. In a move that harkened back to Obama's recent State of the Union shout-out to the brand new city high school P-TECH, de Blasio name-checked HERO high school, a new six-year CTE program that opens this fall in the Bronx, as a model for the CTE programs he'd like to grow.

Other educational changes de Blasio said he would make as mayor include a push for after-school programs in middle schools, expand early childhood education and provide better funding for CUNY. He proposes a higher tax rate on city dwellers who make more than $500,000 annually to fund these education programs, and favors ending tax breaks for large corporations like Fresh Direct.

Watch the full forum with Bill de Blasio, hosted this morning by Center for New York City Affairs at The New School: