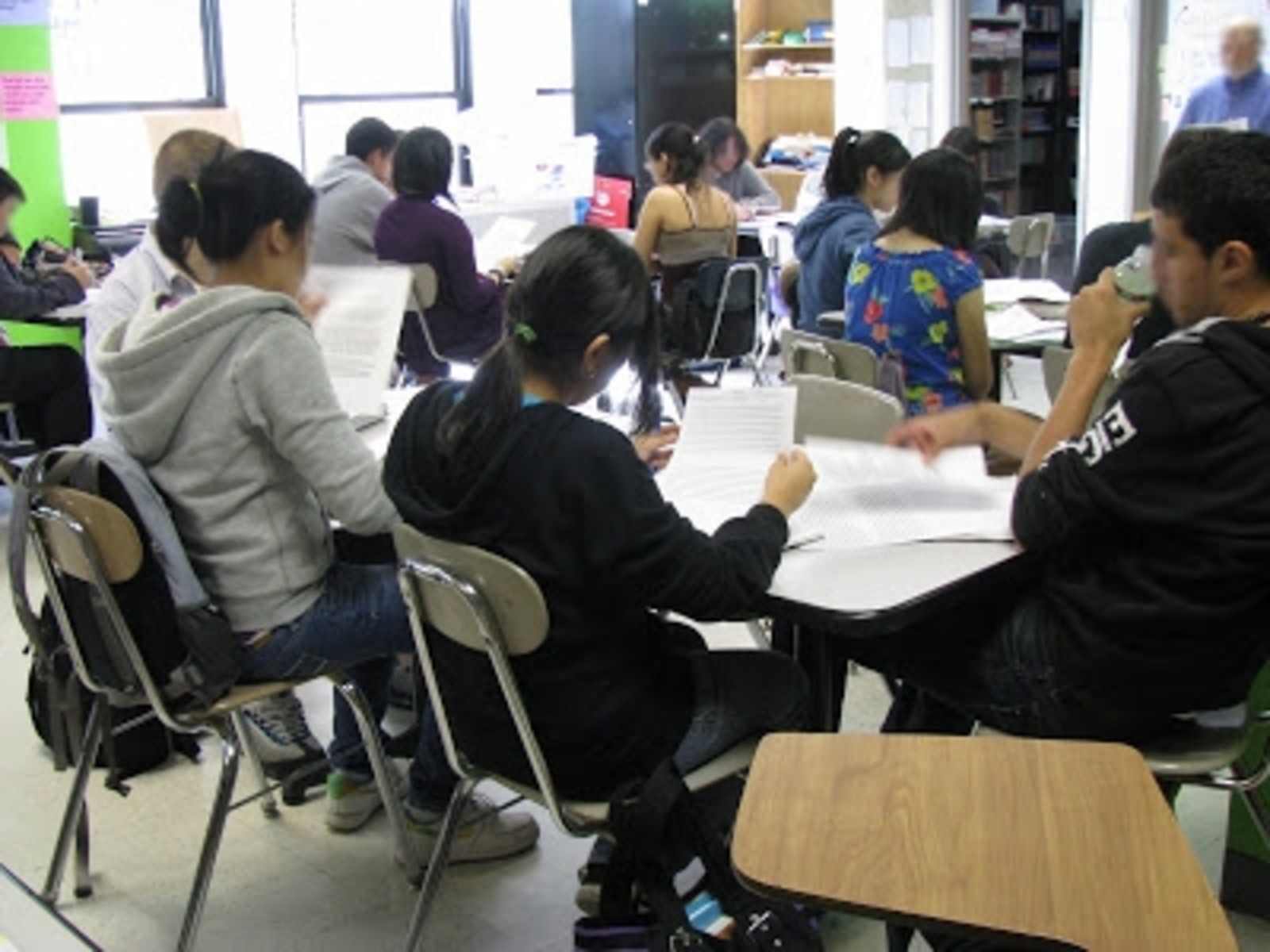 What are an 8th grader's odds of getting accepted by the most popular New York City high school? Less than two percent at tiny Baruch College High School, which got a whopping 7,238 applications for just 111 seats this year. For the fourth year in the row, Baruch, which has a 100 percent graduation rate and screens for student grades, test scores and attendance, tops the Department of Education's list of the 20 high school programs that received the most applications. (Some huge neighborhood schools in Queens and Brooklyn get far more total applicants but the DOE ranked the list of applications by programs, not schools.)

In a repeat of the past few years, second on the list with 5,779 applicants, was Pace High School in Chinatown, followed by Eleanor Roosevelt on the Upper East Side, with 5,740 applicants. What the top three have in common is that they are all small schools located in Manhattan's District 2.

Unlike the other boroughs, there are no large zoned high schools in Manhattan. Instead, District 2 created a series of small and successful schools which have yet to be widely replicated around the city. Five of its screened schools give priority to district students and Manhattanites, all but shutting out applicants from elsewhere. Because there are few comparable schools in other boroughs, 8th graders citywide continue to apply, even though chances of acceptance are slim. According to a SchoolBook article this week, more than 78 percent of the students offered admissions to six District 2 schools last year came from the district. For Baruch and the New York City Lab School(number 18 on the list), about 95 percent of the students accepted in 2013 came from District 2 middle schools.

Beacon High School, a perennial favorite on the Upper West Side, was fourth on the list of the 20 most sought-after schools, with 5,596 applications. Townsend Harris, an academic powerhouse in Queens, was fifth with 5,596. Millennium, another selective District 2 school was sixth, with 5,500 applications for 150 seats. That was a jump from the 4,161 applications it got in 2013.

Popular programs at huge neighborhood schools in Queens -- Francis Lewis and Forest Hills  -- and the two selective programs at Midwood High School in Brooklyn got some 4,000 applications apiece.

New to the top 20 list this year was Central Park East High School in East Harlem, 16th on the list with 3,779 applicants.

The most sought-after Bronx school was Pelham Preparatory Academy. Three of the schools on the list admit students by an Educational Option formula, designed to serve a wide-range of students, from high to low achievers. Fourteen of the top 20 programs are screened -- meaning they consider student test scores, grades and attendance in admissions.

Surprisingly, despite the large number of applicants, a few of the schools  -- including Leon Goldstein -- did not fill all their seats and still have a openings in the second round of admissions.

Download the DOE's list of top 20 schools here [PDF]. These 20 high school programs received the most applications out of all the 400-plus high schools in the city  excluding  the  nine specialized high schools. About 28,000 kids took the Specialized High School Admissions Test for a shot at the exam schools, which offered seats to 5,096 incoming freshman for the 2014-15 school year.

The top 20 list includes the number of 8th graders who listed the schools anywhere on their applications – it doesn't indicate how many students ranked the schools first. The DOE did not release the number of applicants for any other schools. This year, 84 percent of 8th-graders were matched to one of their top five choices.