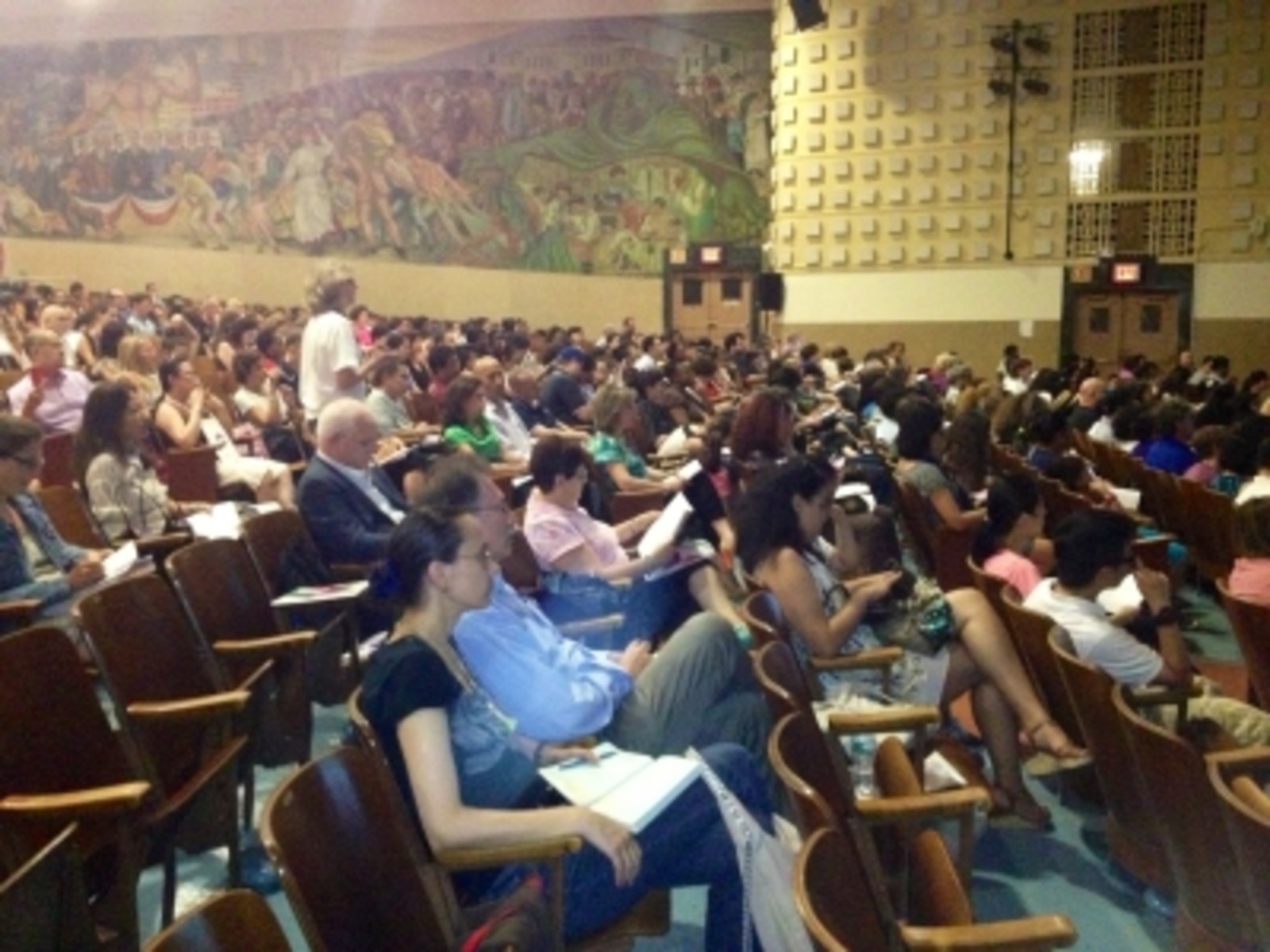 In 2012 about 28,000 students took the Specialized High School Admissions Test and only 5,229 were offered seats at the exam high schools. Up against these odds, hundreds of hopeful rising 8th graders attended the Department of Education’s July 30 specialized high school workshop to learn about the admissions test and the specialized schools.

“I’m not going to kid you, this is not an easy test,” said DOE representative Leonard Tretola, who gave an overview of the admissions process to the crowd at Fashion Industries High School in Manhattan. Trerotola advised that applicants closely review the specialized high school handbook, which “clearly explains everything you need to know about the admissions and testing process.”

There’s no downside to taking the exam, known as SHSAT. Trerotola suggested reading to prepare for the exam, but parents concur that your chances of acceptance are slim without doing test prep. Trerotola also covered the timeline for the specialized high school admissions process, which can be foundhere.

Representatives took turns describing their schools. Anthony Stromoski said Brooklyn Latin requires four years of Latin as well as a daily uniform, and said the school focuses on public speaking, research and character development with a curriculum that is part of the International Baccalaureate program.

A couple of the schools highlighted their focus on math and science. Stuyvesant Principal Jie Zhang described her school as full of opportunities due to its large size, with many foreign language opportunities, 28 AP classes and 300 clubs. Principal Crystal Bonds called the High School for Math, Science and Engineering “Manhattan’s hidden treasure,” as New York’s most ethnically diverse school that also has the opportunity for biomedical research and shadowing doctors.

In contrast, Principal Allesandro Weiss described the High School for American Studies at Lehman College as a school with a humanities focus for “brilliant people who do not want to be rocket scientists.”

LaGuardia’s Assistant Principal Nina Lasky said that her performing arts high school is “a magical place…when you walk in the door you feel the passion.” LaGuardia is the only specialized high school that requires an audition, and Lasky said students usually don’t take four years of math and language due to artistic commitments.

All the schools warned that they require between two to four hours of homework a day.

“It was definitely worth coming to if you need somewhere to start,” said parent Cindy Parra of the workshop.

One mother and daughter attended the session only interested in LaGuardia but became interested in the High School for American Studies during the panel. “It’s hard to know until you visit a school. The sense of culture and philosophy of the school is primary in terms of choice, and we got some of that by hearing the school principals,” the mother said.

Still, other parents wished that more of the schools had participated in the panel. “I really would like to have seen Bronx Science,” said Lily Kaza Kevich.

The DOE hosts another specialized high school admissions workshop July 31 in Queens and Aug. 1 in the Bronx.