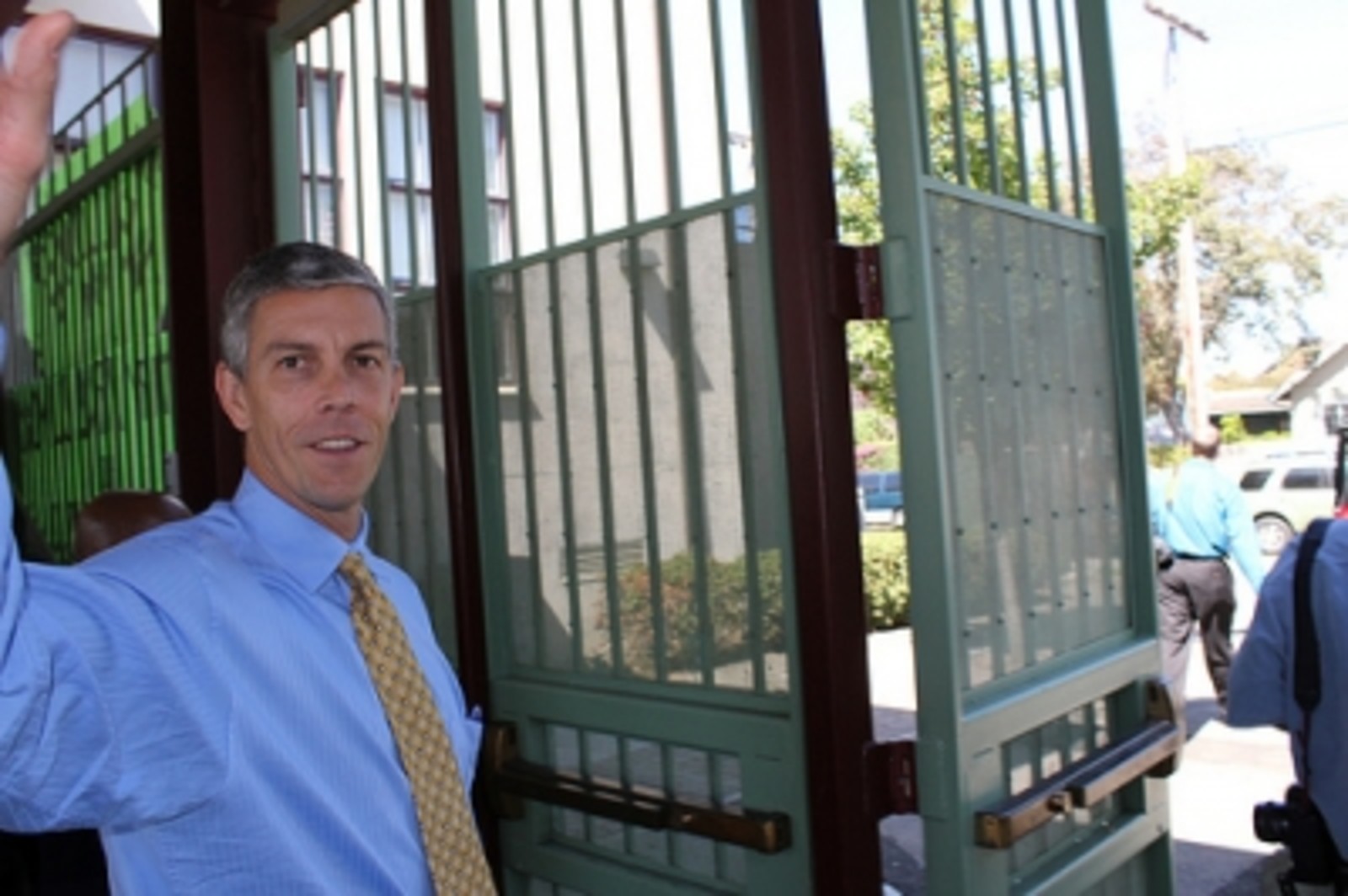 On the eve of the release of this year's New York state exam scores for 3rd-8th graders, city, state and national education officials attempted to cushion the blow of what is expected to be a significant drop in test scores.

City and state education departments have been warning parents for months that student proficency rates would drop this year, after the state introduced new tests aligned with the Common Core. The Common Core is a set of national education standards that have been adopted by 46 states and are supported by the nation's education secretary, Arne Duncan.

The drop was confirmed today by Duncan, who joined state Education Commissioner John King and city Chief Academic Officer Shael Polakow-Suransky on a conference call with reporters. They said that although test scores will dip, New Yorkers should take a long view and recognize that adopting the Common Core standards will better prepare students for success after high school.

“As a country we’ve had low standards for decades,” Duncan said. “It is the right thing to move forward, it isn’t easy.”

Duncan praised New York state leaders for showing "real courage" in adopting the reforms and acknowledging that standards need to be set higher. "School systems lied to children and communities," Duncan said. “The insidiousness of this is pretty staggering if you think about parents who send their kids to school for 12 years and they get to high school and find out their child is totally woefully underprepared for college. What a devastating blow that is to parents who are trying to live the American dream.”

Duncan called King one of the best state education chiefs in the country. "New York is taking a great step forward," he said.

The scores will set a new “baseline,” King said. In other words, students' annual scores should only go up from here.

King said the state is three years into the seven-year process of phasing in the Common Core but that it was necessary to realign the state tests this year instead of waiting. "One of the challenges you see around the country is a real disconnect when teachers are asked to teach to a new set of standards but then students are asked to take a test that's based on old standards," he told reporters.