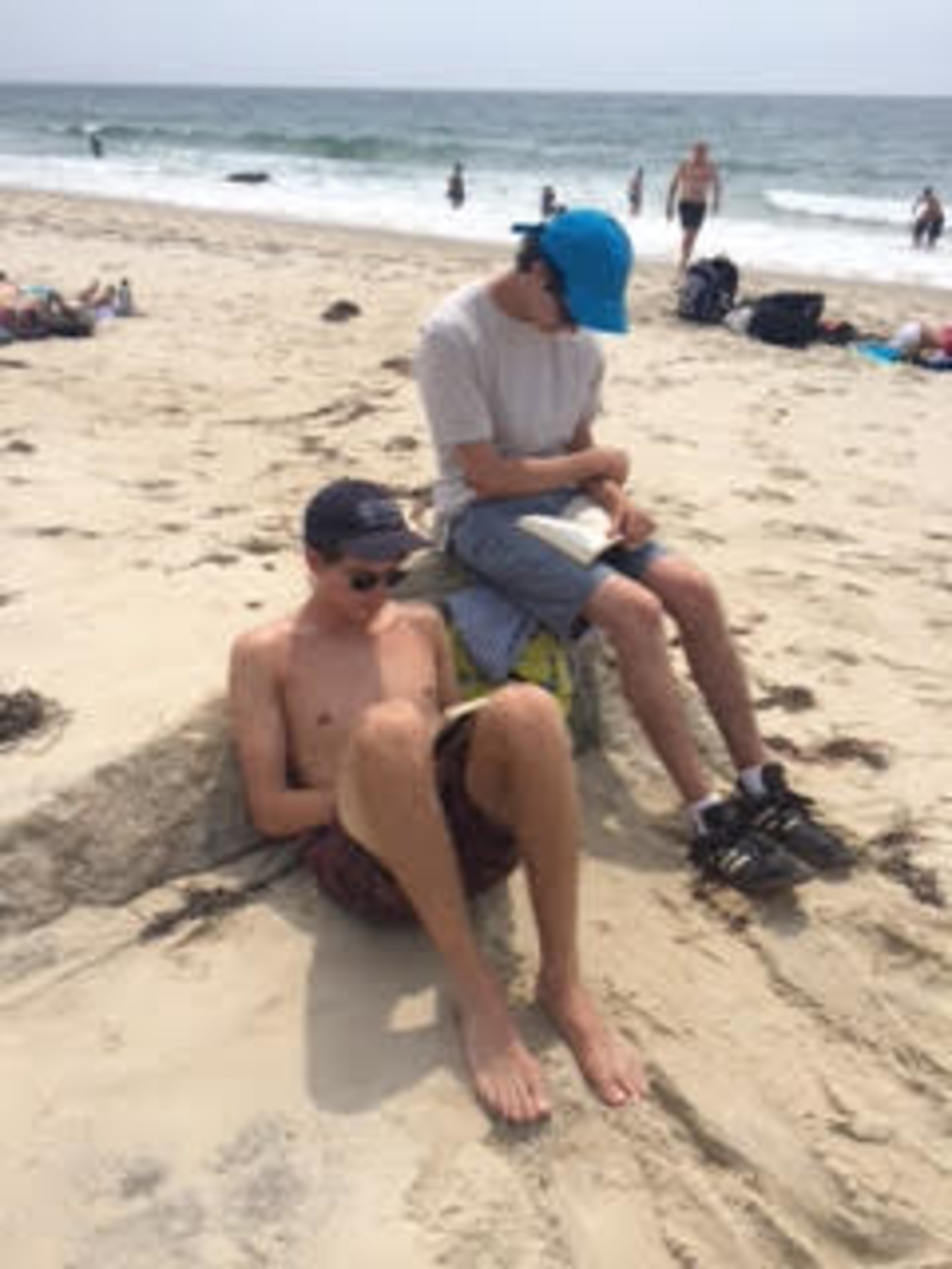 The writer F. Scott Fitzgerald made his way to our dinner table earlier this summer, during a casual chat about the most essential books to read before entering college. We had plenty of recent New York City public high school graduates ticking off their suggestions.

Yet it soon became apparent that many of the "Must Reads" hadn't made their way into classrooms, much to my dismay. I pictured a fictional Fitzgerald looking at my younger son in amazement when he acknowledged he'd graduated from high school having never been assigned the author's masterpiece, The Great Gatsby.

I gasped in horror at the Gatsby omission, pulled a dog-eared copy off our shelves and insisted he could not go to college without reading it. Further probing revealed that many of his friends have serious omissions as well, including those who took two years of Advanced Placement English.

There's a huge variety in what high schools ask kids to read, both during the school year and in the summer. Some high schools have optional or mandatory reading lists, and it's always good to know what's on them—and what is not. I'm also a big fan of asking the teenagers in your life what—if anything, beyond the texts and Instagrams on their cell phones—they are reading.

It's important to ask your kids what memorable books they read in middle and high school, but what matters more is what they have gotten out of them. For mine, the biggest payback came in the classroom of Dr. Barbara Rowes, a legendary English teacher at Fiorello LaGuardia High School, who tormented, shaped and inspired her students, ensuring they will always remember what they read.

For example, her classes not only had to analyze Mark Antony's speech at Julius Caesar's funeral, they memorized and had to perform the entire "Friends, Romans, countrymen" speech word-by-word in front of the entire class. My kids still know it.

This summer, I'm asking everyone I know about the most influential books they read in high school, and what they most regret not having read. I'm perusing lists, and for another authoritative opinion, I turned to my well-read colleague Justin Snider, who edits for The Hechinger Report from time to time and teaches undergraduate writing at Columbia University, where he is an academic advising dean.

"Every incoming college student has, I hope, read one or more works by Steinbeck, Twain, Hemingway, Fitzgerald, Shakespeare, Morrison, Melville, Orwell, Dostoevsky, Márquez, Allende, Ellison, Wright, Kafka, Camus, Austen, Dickens, the Brontë sisters, P. Roth, A. Miller, T. Williams, A. Wilson, Ibsen and Wilde," Justin told me, adding that while he didn't consider the list exhaustive, "it is a solid basis for the typical high school student who will be heading off to college. And it's certainly less important which work a student has read by these authors than that he or she has at least read something."

I've also been wondering how reading lists will start shaking out in the years to come, as the Common Core era gets more firmly established with a new emphasis on nonfiction and having students use evidence from texts in writing assignments and classroom discussions.

Justin reminded me that the definition of a true classic is a book you want to revisit again and again, one that "loses none of its magic" over time—and for him, that list includes Antigone, Of Mice and Men, Crime and Punishment, Death of a Salesman, A Raisin in the Sun, 1984, Lord of the Flies, Song of Solomon, Lolita, Things Fall Apart and just about anything by Shakespeare.

"Students will still be reading these works a century from now because they truly are that good," he said.

Insideschools is curious to know what parents and others think are the most important books to read in high school. Are they being assigned and taught in inspiring ways? What should be on the list?