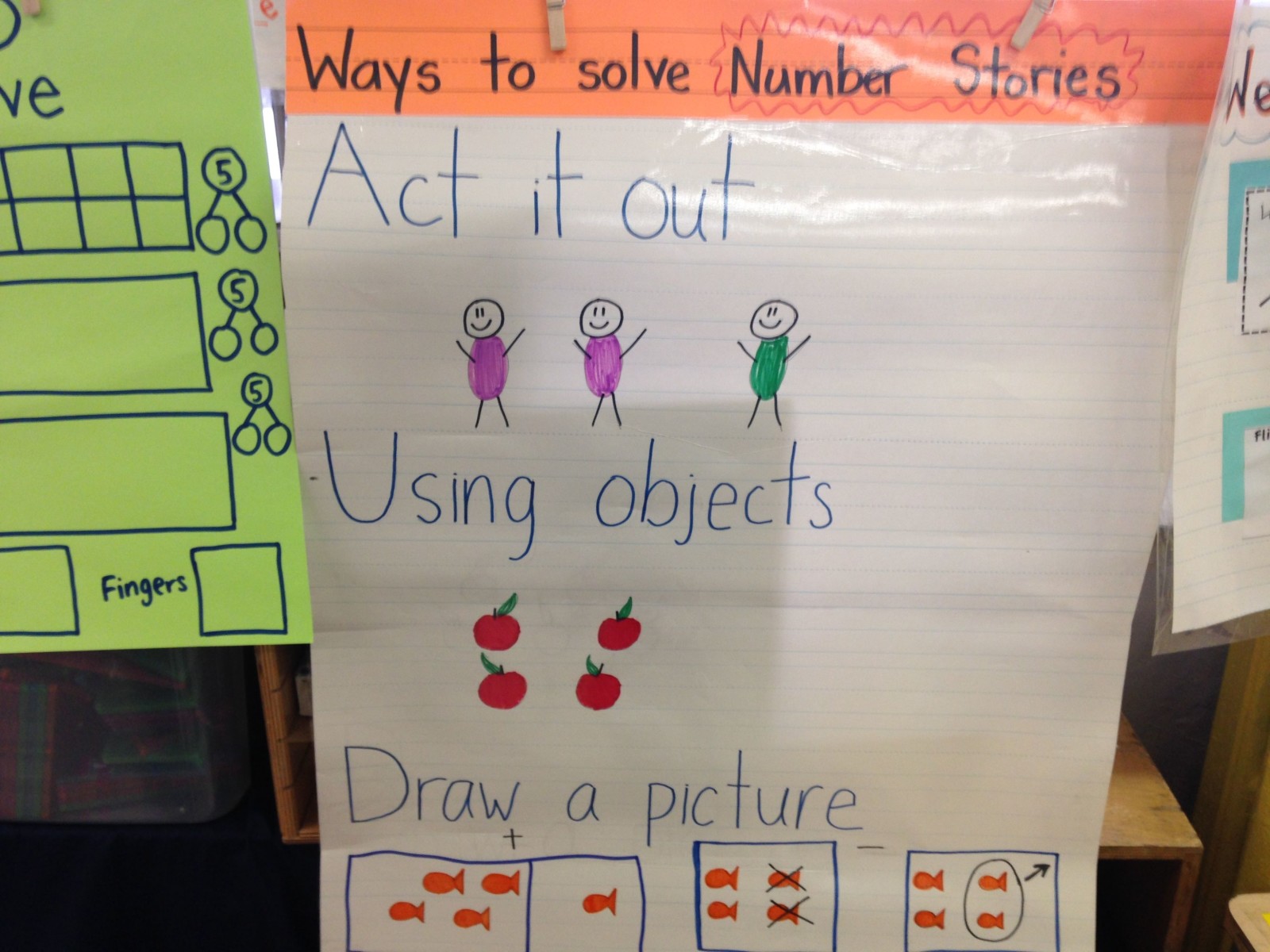 Like many NYC parents, I was mad at the Common Core math my 1st-grader was bringing home. He is still learning to read Pete the Cat, so damn you, Common Core, why are you giving him word problems?

But after some digging—talking with reading specialists, math specialists, and frankly, doing more math with my son—I realized that word problems help kids think, if they're done right.

“I think all math should be taught in word problems,” Jodi Friedman, assistant principal and math coach at STAR Academy-PS 63, told me when I visited last week. “You have 12 snacks and three kids. How do you share them? Kids can understand that concept even if they're not doing ‘division.’”

At this small school with a large number of low-income families, teachers use drawings, objects, and role play to help kids learn math—even before they can read well.

Friedman and staff began re-educating themselves in the “new math” over the course of two years, creating their own curriculum. They saw the payoff in 2014, when test scores jumped.

“It took a while for us to feel confident,” Friedman said, noting that strategies are different now than what we used as children. “Take 26 + 35. You just did it procedurally. With Common Core, it’s not about the procedure, it’s about explaining why.”

Walking around a cheerful 1st-grade classroom after a read-aloud of the story Grandma’s Necklace, Friedman pointed out kids clustered around several tables, doing very different things, but all working on word problems that involved putting beads together to make a necklace like the one in the story. “See? At this table the kids can read the text on their own and draw some pictures to help them solve it,” she said. “These kids over here are using manipulatives and counters. And those kids are working with the teacher, acting out the problem.”

It's heartening and impressive to see this process in action, but what about the classrooms without the resources or knowledge to teach word problems well? Take this long-winded and confusing word problem Insideschools saw recently in a 1st-grade class:

Dion is getting ready to go fishing with friends. Dion digs for worms in some dirt. Dion finds fifty-three worms and puts them in a can. Then Dion finds five worms under a rock and puts them in the can. Dion thinks that is enough worms to go fishing. Dion counts all the worms in the can. What number will Dion use to tell how many worms are in the can? Show all your mathematical thinking.

This example pretty much encompasses everything you don't want in a word problem for 6-year-olds.

Chaya Gray, a reading specialist, told me that a struggling or emergent reader shouldn't have the added burden of trying to figure out the math problems in a text. "You're complicating two reasoning abilities when neither is solid,” she said.

It's sad to think that in a lofty attempt to merge math and reading concepts, we may end up undermining both. Friedman and Gray agree that word problems should be short and simple for young learners with visual and tactile cues and lots of repetition.

As my own son's reading continues to improve, word problems have gotten more fun and less scary—for both of us. Where before he would ignore the text completely, circle the numbers and take a wild guess (add them? subtract them?) now we read the problem together as many times as we need to. We draw pictures, talk it out, grab real apples and oranges if we have them. We have fun finding word problems everywhere: in the supermarket aisles, in the cars passing us at the bus stop, in the ice cubes bobbing up and down in a glass of apple juice. If there are seven ice cubes and three melt, how many are left?

And when I’m tempted to throw up my hands, I imagine him turning out like me, calculus-trained but unable to figure how long it will take the bus to get from Columbus Circle to 68th and Amsterdam. So instead, I think of what STAR Academy-PS 63 teachers tell their students in the name of perserverance, “We might not get the right answer today, but we will keep working on it until we do.”

And in the meantime, we'll be doing our flashcards on the side.