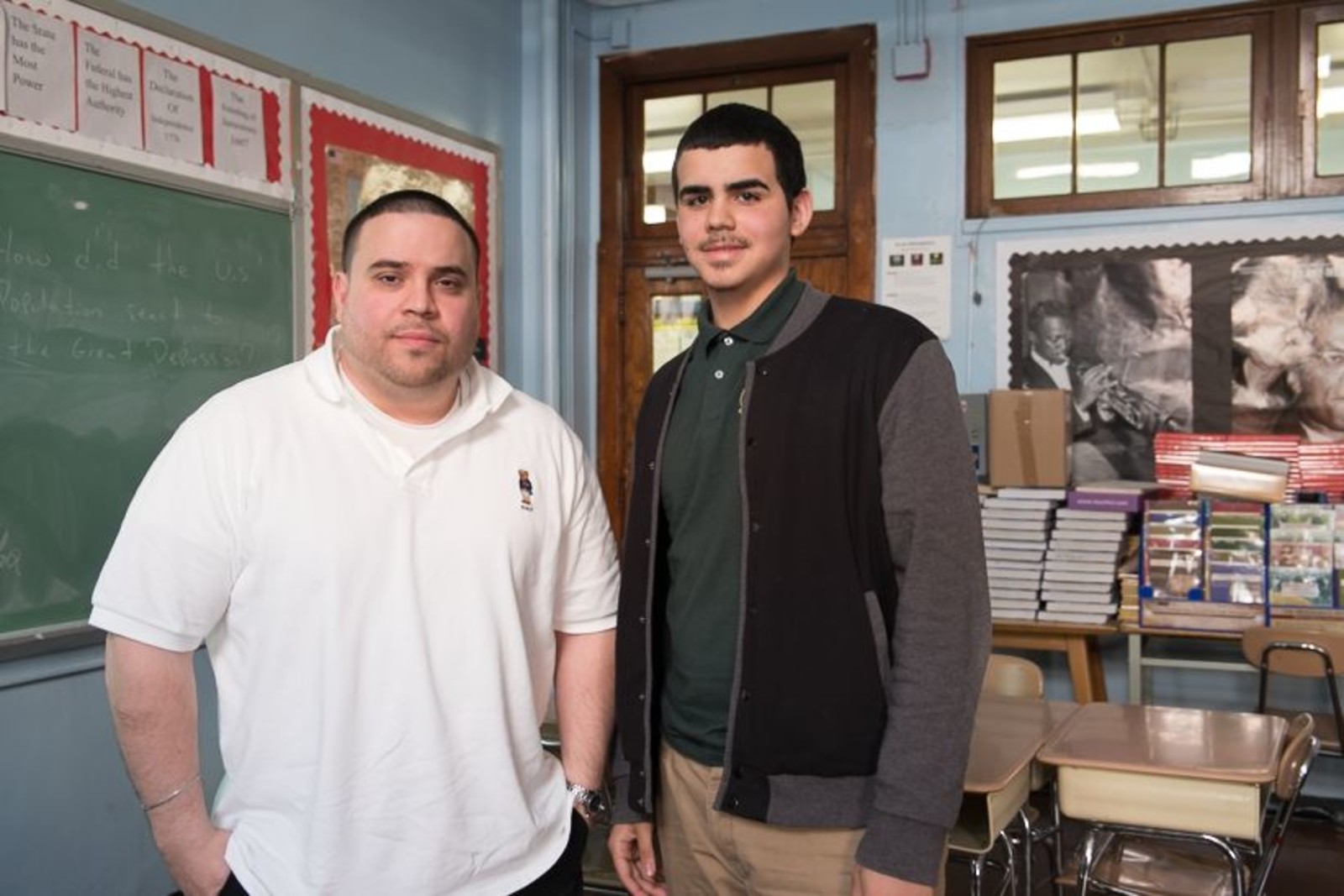 For many years metal detectors have been accepted as a fact of life for more than 100,000 New York City public school students. Now, some City Council members are questioning whether they are necessary—and taking first steps to have them removed.

Lander hopes the bill, introduced by Vanessa Gibson (D-Bronx) and Corey Johnson (D-Manhattan), will encourage the Department of Education to clarify why some schools have metal detectors and others don't. He is also pressing the department to outline a clear policy on how schools can have metal detectors removed.

"There is an absence, a really embarrassing absence, of a New York City Department of Education policy around metal detectors," Lander said in an interview.

Some students compare the metal detectors to the police department's unpopular "stop-and-frisk" policies, which they say unfairly target black and Latino youth. A 2012 report by the New York Civil Liberties Union estimated of the 100,000 students enrolled in schools with metal detectors, the vast majority of them are black and Latino.

Dennis Belen, a junior at Alfred E. Smith Career and Technical Education High School in the Bronx, feels so strongly about it that he started a Change.org campaign to get metal detectors removed from schools. "Metal detectors in schools contribute to the idea that black and Latino teenagers should be treated like criminals," says his petition to Mayor Bill deBlasio, signed by 50 students.

Others complain that long lines make them late for class. "Especially in the winter with the cold weather there was a huge line because of the metal detectors," said Madelin Alvarez, who attends the International High School at Union Square on the Washington Irving Campus. "I have to take off all my boots, watches, everything that I have on me." She said the process can take up to 30 minutes.

There are signs that the Department of Education is responding to these concerns. "The Mayor's Leadership Team on School Climate is reviewing many aspects of our discipline and school climate reforms, including developing a policy for removing metal detectors from school buildings," Deputy Press Secretary Jason Fink said in an email.

There is no official policy now on how to remove metal detectors. Unofficially, all the principals in a building must agree; they then sit down with police officials who "basically say to them that anything that happens in the building is on your head," according to Lander. Not surprisingly, few principals have taken this risk.

Some parents defend metal detectors—and even want more schools to have them. "You want them 10 minutes late, or [to] not come home again?" said Mariella Rueda, parent coordinator at the Murry Bergtraum High School for Business Careers, which has random scanning but doesn't have permanent metal detectors. Rueda's son attends The Manhattan Business Academy in the Bayard Rustin Educational Campus, which doesn't have scanners. Late last year, a student pulled out a knife during a fight. All students involved were injured—one seriously—and a school safety agent was hospitalized, according to news reports.

The majority of metal detectors were installed in the late 1980s and 1990s when the number of students found carrying weapons increased and a number of violent incidents occurred. "We were living at a time with double-digit unemployment, double-digit inflation, and the crack epidemic in working class and poor communities," said Hofstra University Professor Alan Singer, who was a teacher in Brooklyn at the time. "What you have is a spillover of the problems in the communities into the schools" he said. "There was this pulsating sense of impending trouble, we were always waiting for it."

In 1999, responsibility for school safety agents was taken out of the hands of principals and given to local police departments. As a result, problems which once were handled by a guidance counselor now are treated as criminal offenses, Singer said. "It's like you have something in place to demean kids and criminalize kids who are on the margins to begin with," he said.

Most of the scanners that were introduced at this time are still there, even though the climate in the buildings has changed. Mayor Mike Bloomberg closed large failing schools and replaced them with smaller schools that share the old buildings. Most of these new schools do not suffer from the same disruptions and incidents as their predecessors. The city as a whole is safer, as well.

It is unlikely that students like Belen and Alvarez will see major changes to the policies surrounding metal detectors before they graduate from high school. However, if the Department of Education develops an official policy on their removal—and if more information about their use is made public—then students, parents, educators and policymakers can have more informed conversations about the impact and value of metal detectors in city public schools.