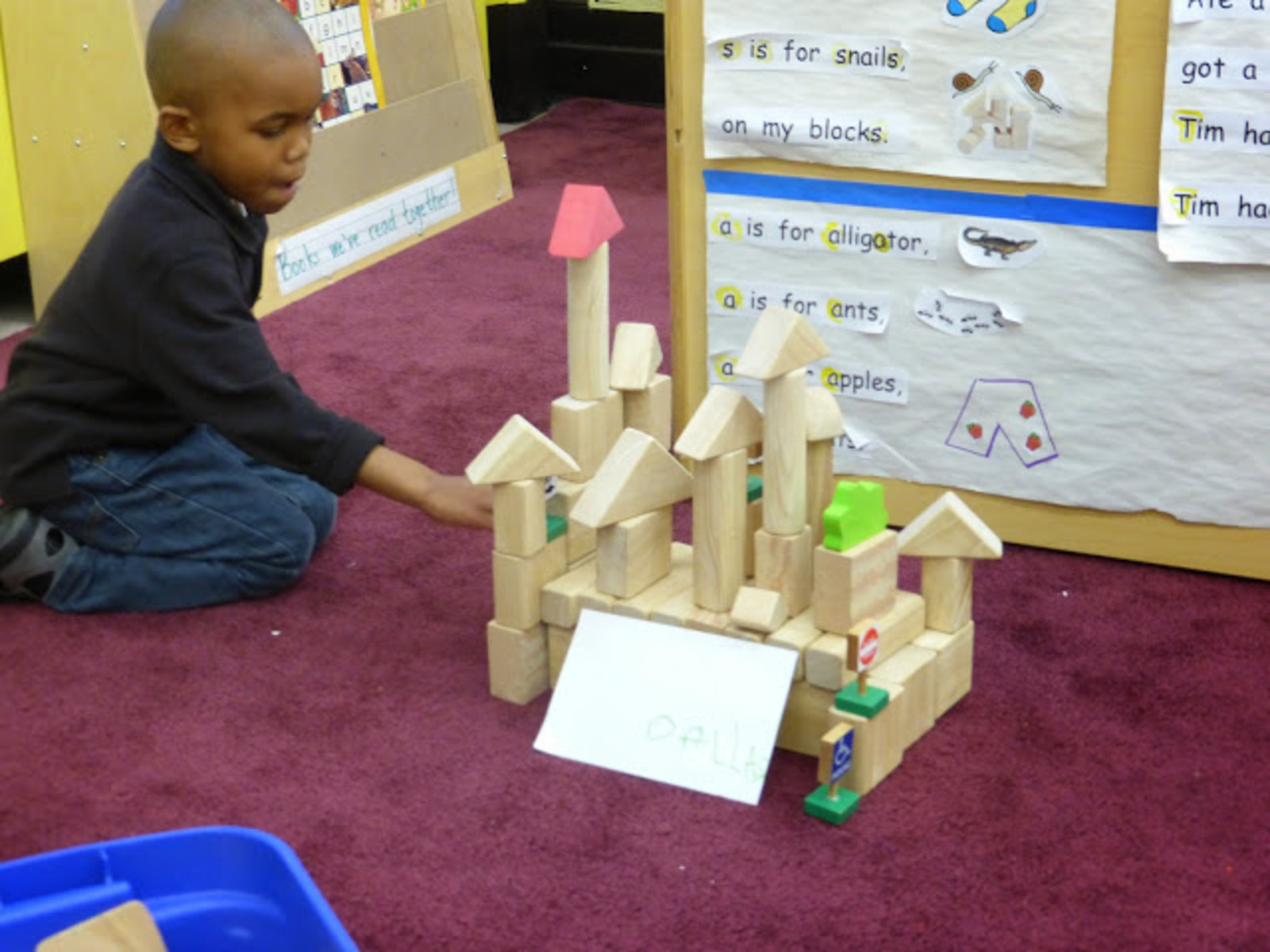 It seems the blocks are stacked in Mayor de Blasio's favor. One day into the pre-k enrollment process, nearly 22,000 families had applied, up from 6,500 in the first day last year. By the end of the first week, some 37,000 families had signed up, according to the Daily News. If the mayor gets his wish, the city will serve 70,000 pre-k students in fall 2015.

Last year, the mayor's fast-paced citywide rollout of more than 53,000 pre-k seats was unprecedented and largely successful, although the timing and logistics were far from headache-free. Some popular schools had far more applicants than seats available, while others remained under-enrolled, and parents had to navigate separate application systems for district schools and early education centers.

Although inconsistencies may persist around the city, this year promises some relief with a (mostly) single application. If you have a child born in 2011, you can apply online, by phone at 718-935-2067 or in person at a family welcome center now through Friday, April 24. You may list up to 12 pre-k programs including district schools and full-day New York City Early Education Centers (NYCEECs). Those interested in charter schools or half-day programs at a NYCEEC, however, should still contact the program directly.

The system is not first-come, first-served and all applications received between now and April 24 will be considered equally, within established admissions priorities. First dibs goes to families who have siblings enrolled in a school or early ed center.

Before applying, make sure to visit a school to determine whether it's the right fit for your child. Watch our video on what to look for here. The DOE has a partial list of schools offering pre-k tours and open houses. Otherwise call the school's parent coordinator, or the early ed center, to arrange a visit.

Nineteen charter schools will be offering pre-k this fall, compared to only six last year, notably including Success Academies in Harlem, Williamsburg and Cobble Hill. (Success filed a lawsuit in January claiming it was denied pre-k space by the DOE.)

The DOE has also created 46 "pre-k centers," a group of free-standing pre-k programs located in religious schools, district elementary and middle schools and leased space. Unlike normal pre-k programs, these centers are not affiliated with their host schools. Although some centers are permanent, many are temporary sitings meant to offer pre-k seats in the short term, while the DOE looks for permanent space. Each site is listed as a separate program in the directory and has a different code with the program name and address. While regular pre-k programs in NYCEECs and district schools have a clear set of administrators, it remains uncertain who will be supervising these programs.

Families will find a number of new pre-k seats in busy lower Manhattan—including many at popular, well-established schools like the Earth School in District 1 and PS 42 and PS 124 Yung Wing in District 2. In Queens, Catholic schools are picking up much of the slack. Many half-day slots at popular Brooklyn schools such as PS 172 and PS 130 in District 15 have been converted to full-day seats, more desirable for working parents.

The DOE has posted updates to its 2015–16 pre-k directories and will continue to do so throughout the spring and possibly even into the summer. Early ed centers marked with an asterisk offer preference to low-income families. If you think you qualify for a subsidy, call the Center for Childcare Initiatives free referral hotline at 212-929-6911 for advice.

To help guide parents through the pre-k process, the Department of Education is holding information sessions across the city, starting tonight in Brooklyn. And for those interested in delving deeper into the pre-k initiative, including how the program is living up to its expectations and what it means for families, Insideschools will host its Lowdown on Pre-k event on Tuesday, March 31. The event is free but you must RSVP.

Families will receive a decision letter in June with a single pre-k offer.  If you don’t get your first choice, your child will be automatically placed on a waitlist for all the programs that you ranked above the one to which your child was admitted. If your child does not receive an offer, don't panic! There will still be opportunity to find a pre-k spot. Even if you were closed out of a school in the spring, slots may open up over the summer as families move or choose other options.

*This article was updated with new information on March 24, 2015.