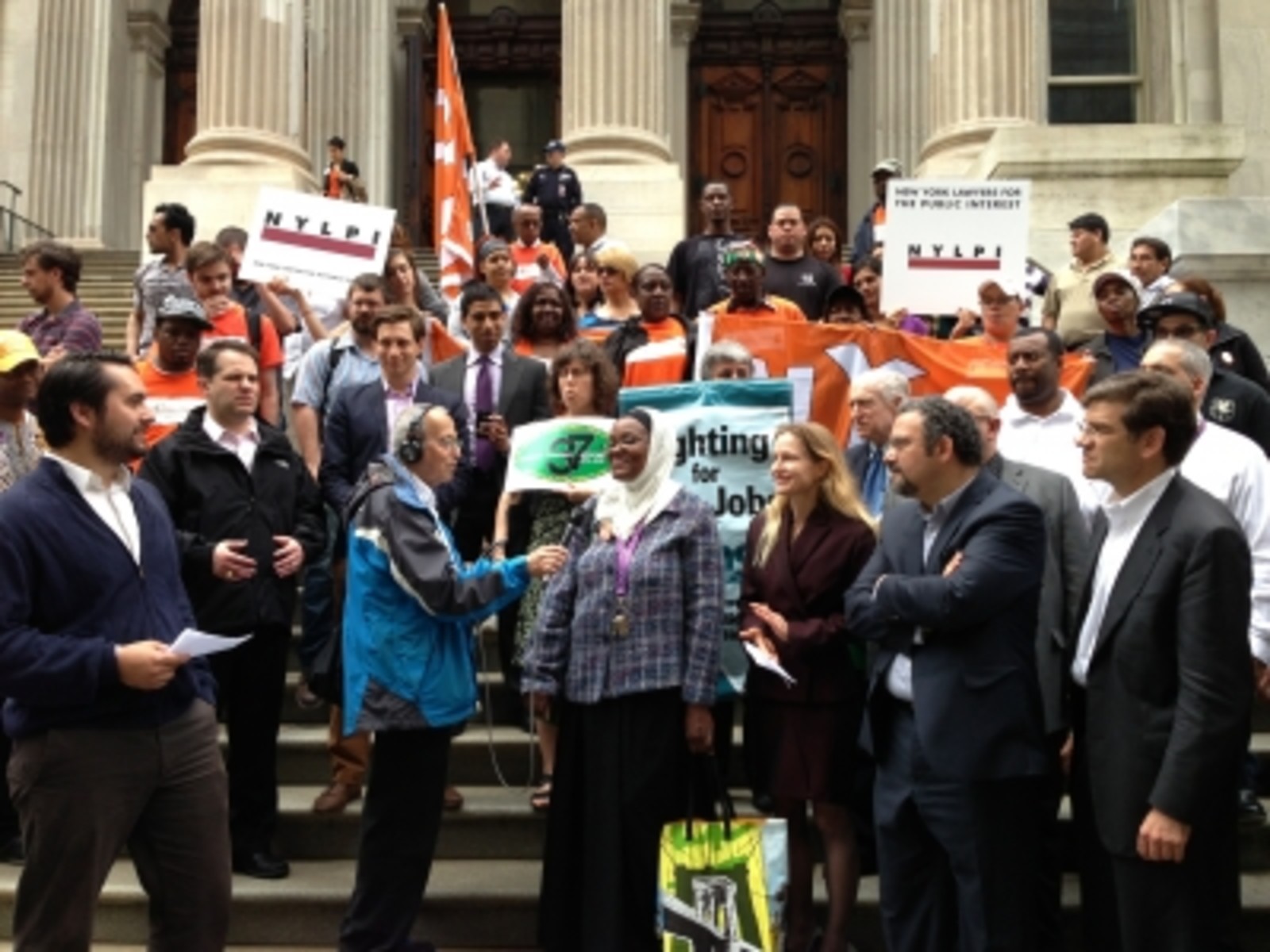 The Department of Education's announcement yesterday that it will accelerate the removal of light fixtures that may be contaminated with polychlorinated biphenyl (PCBs) from more than 730 school buildings by December 2016 is an important victory for New York City school children and their families.

Prompted by a lawsuit brought by parent and advocacy groups, the city agreed to halve the timeline for the PCB removal from flourescent lights.The clean-up was supposed to be done by 2021 but the city will expedite the process to be completed in the next 3.5 years.

The renegotiated timeline is a result of more than two years of litigation brought by New York Lawyers for the Public Interest (NYLPI) on behalf of New York Communities for Change. The advocacy groups sued the DOE in 2011 over its intentions to remove the PCB contaminated fixtures over a ten year period. In March, a federal judge ruled against the city's motion to dismiss the suit, admonishing the city for its "foot-dragging" and "spurious" arguments over the clean-up of school buildings. In a stinging decision, the judge said that he was troubled over the city's dismissive attitude to potential health risks faced by children in schools with PCB-contaminated light fixtures. The settlement will require the DOE to provide semi-annual progress reports and the NYLPI and the court will continue to monitor the city's work until the last light fixture is removed.

PCBs are toxic chemicals that have been largely banned since the late 1970s. But they remain in school buildings, despite the fact that they are believed to be carcinogenic, to have adverse effects on the nervous and immune systems, and to potentially affect the very ability of children to learn – their cognitive abilities.

The news of the revised timeline comes on the heels of two more toxic light-fixture scares at city schools this month. A lightbulb at PS/IS 123 in Harlem exploded May 7, sending nine kids and two adults to the hospital. And the previous week, a lightbulb emitted white smoke and a noxious odor in in a shared building in Cobble Hill that houses Success Academy Cobble Hill, the School for International Studies, Brooklyn School for Global Studies and PS 368. DNAinfo reported that it was unclear whether or not the lightbulb containted PCBs, but that the buidling is one of hundreds on the city Construction Authority's list of schools with "Visible Leaking PCB Ballasts."

Watch a video the press conference NYLPI and NYCC's held after their coutrtoom victory:

Valerie Watnick is the author of a recent book on environmental toxins that includes a section on safeguarding against environmental hazards in schools and the former PTA co-president of PS 199in Manhattan, one of the first schools known to be contaminated with PCBs.