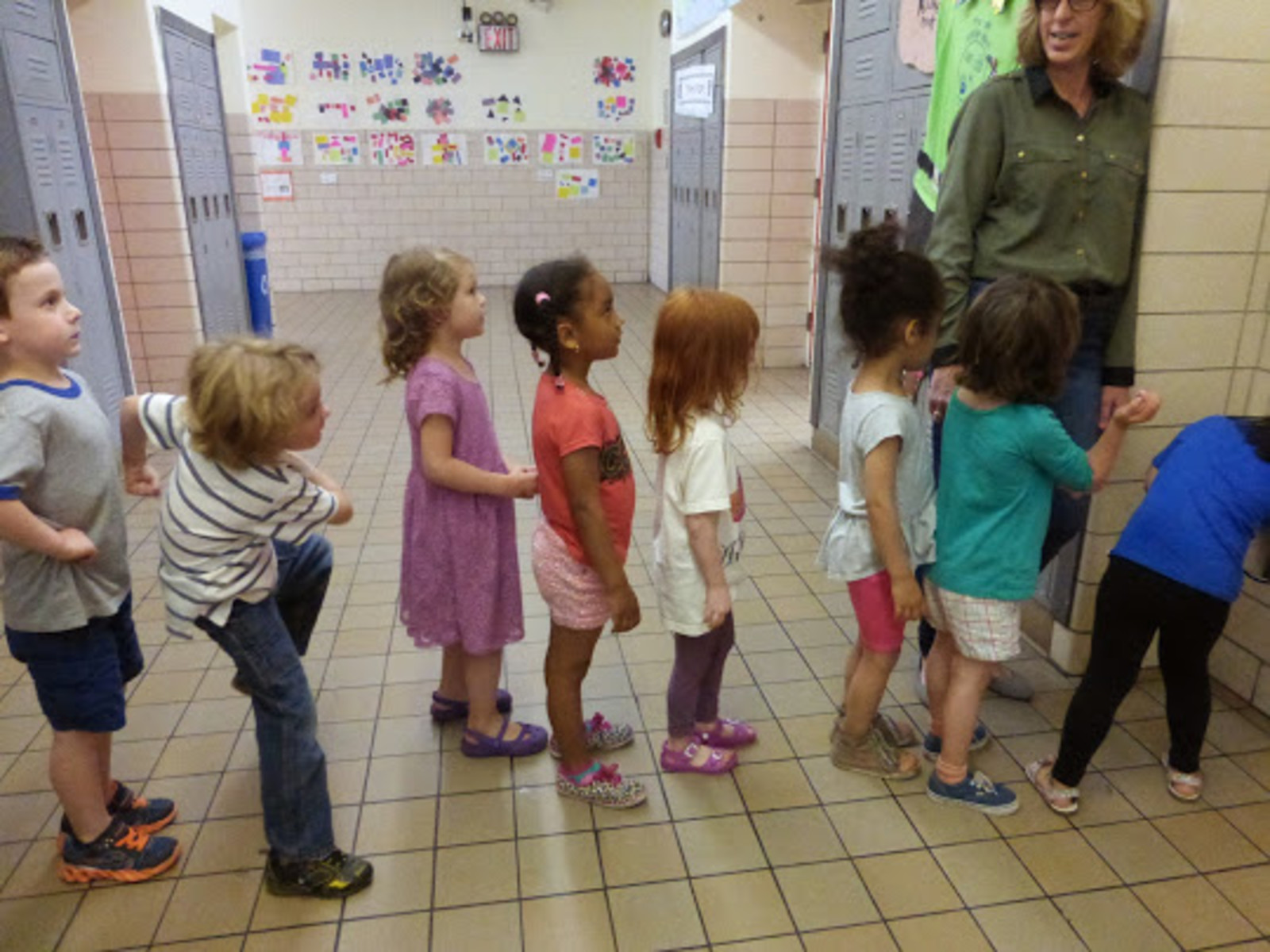 “I learn so much that I can’t even stop,” says a giddy 4-year-old in a promotional video just released by Mayor Bill de Blasio’s office. “There are no monsters here. It’s not scary,” explains another. “Maybe if you try school, you might like it.”

This year, more NYC families than ever before seem willing to try pre-kindergarten, and, for the first time, they are guaranteed a seat in a full-day program. About 70,000 children will attend free, universal pre-kindergarten this fall, a majority at their parents’ top choice program. The city reported that 70 percent of families received pre-k offers to their first choice school, and 82 percent got one of their top three. Many families are willing to travel, with 16 percent choosing a site outside their district as their first choice. Early childhood centers and public school programs seemed equally sought-after: Half the applicants listed an early childhood center first on their application; the other half listed a public school, according to the Department of Education

If you’re a policymaker, things are looking pretty good. Larger issues aside—like increasing and measuring diversity, say, or creating permanent and suitable pre-k spaces—the improvement in enrollment numbers seems like the just reward of this year’s more streamlined registration process and the DOE’s massive outreach effort. But what if you’re one of the families whom the stats didn’t favor?

Beatrice (who asked that her last name not be published) is one of many Upper West Side parents whose child didn't get a slot at popular PS 87, even though her older child attends the school. "They [DOE] did offer a spot up on West 134th street, but that's not a good option for us," she said, noting the commute would take 30 minutes by train in the opposite direction. The DOE reported that 20 percent of pre-kindergartners are attending programs outside of their district, but Beatrice’s son will not be one of them.

In Park Slope, Bernadette McHugh applied to 12 programs for her son and received an offer for their third choice, the new Pre-K Center @ 211 8th Street. “I’m totally happy with it,” she said, “but if a spot opens up at one of the first two schools on my list, I’ll take it.”

For families like these, the process is not quite over. Luckily there are options. “We want every parent to know that this week is only the beginning of the process,” said Deputy Mayor Richard Buery in a press release. “There are more seats opening up every day and more opportunities to apply.” According to the DOE, more than 1,700 new seats have been added to a Round 2 pre-k directory so far and many more are expected to come online by June 18.

Here’s what you need to know:

Children will automatically be placed on waitlists for schools listed above the one they were assigned to. Unless you have a fall back option like private or parochial school, it’s best to accept your offer as you continue pursuing other options. Accepting your offer will not impact your ability to move off the waitlist at another program or to proceed to Round 2 of the pre-k enrollment process. The deadline to accept offers and pre-register at your school for Round 1 is June 19.

Note that families accepted to pre-k centers must accept their offer at the nearest Family Welcome Center, not online or at the school or site extending the pre-k offer, so pay close attention to your letter. “It’s kind of annoying,” said McHugh, who has been asked to accept her offer in person at an office in Fort Greene for her son’s seat in Park Slope. The DOE welcome centers are open only from 8 am to 3 pm. Pre-k center families will have to return to their program site sometime in August to actually pre-register in person with their child.

Have patience with waitlists

Waitlists move—that’s their nature. Even though the process can be brutal, it’s worth the wait for some parents to get their child into the right school. Rushie Bieler has had two children go through the pre-k process, most recently last year. Her daughter came off a waitlist at her top choice a mere two weeks after Round 1 notifications, while her son was finally accepted to a program one week before the start of school. “It was stressful spending the summer not knowing where my son was going to school,” she recalled, “but in the end, both kids had wonderful pre-k experiences with wonderful teachers.”

All families, even those who received pre-k offers, can take advantage of Round 2 of the pre-k enrollment process starting June 22. Round 2 is comprised of completely new programs that were not listed in Round 1, and the DOE will continue adding programs as they become available. (Check nyc.gov/prek for the latest updates.) As in Round 1, families can apply online, over the phone by calling 311 or in person at a Family Welcome Center. Families can update their applications through July 10.

Round 2 decision letters will be sent out in early-August. Families will need to pre-register in person with their child by mid-August.