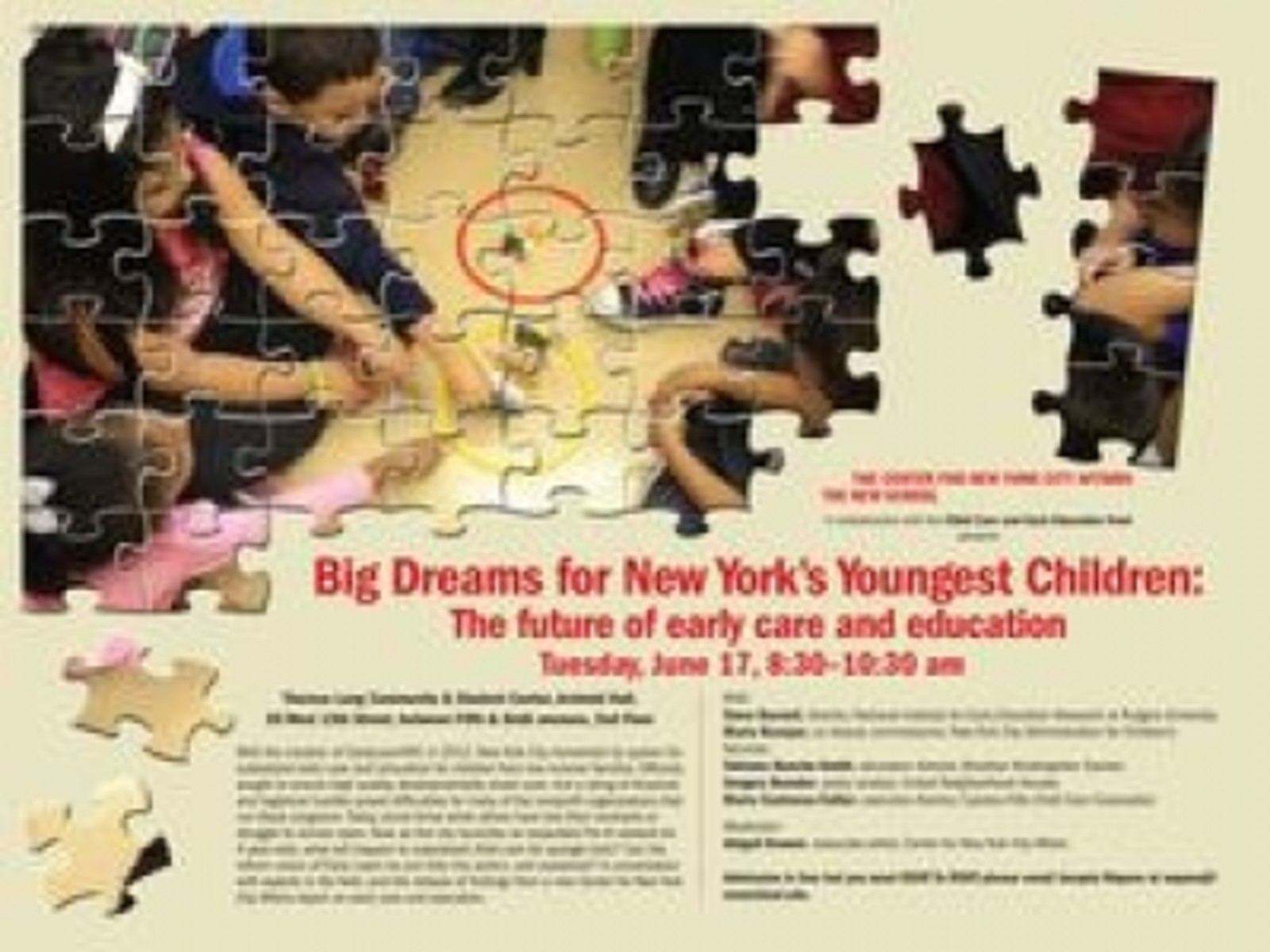 by Kendra Hurley, senior editor at the Center for NYC  Affairs at The New School, home of Insideschools.org. This article appeared on SchoolBook on June 11, 2014

New York City recently approved over 10,000 new pre-k seats, closing in on its goal of providing about 53,000 4-year-olds with free, full-day, pre-kindergarten starting this fall. Having just completed a (soon-to-be-released) report on child care and early education, I understand what an enormous boon this is for the city's families and future.

But, as a working mom with two kids under 3, I fear what it means for my family right now.

In the two-plus years my son has been in daycare, not one of the teachers heading his former classrooms is still there. I suspect more of the best teachers will leave before he and his younger sister move from daycare to pre-k. With the city hiring 2,000 new pre-k teachers over the next two years, directors of child care programs say they are bracing for a mass exodus of talented staff, creating instability and inconsistency at a time when my kids' and their peers' development hinges on the quality of their relationships with adults...

A report, co-authored by Kendra Hurley, will be released next Tuesday, June 17, at anevent entitled: "Big Dreams for New York's Youngest Children: The future of early care and education." RSVP here.