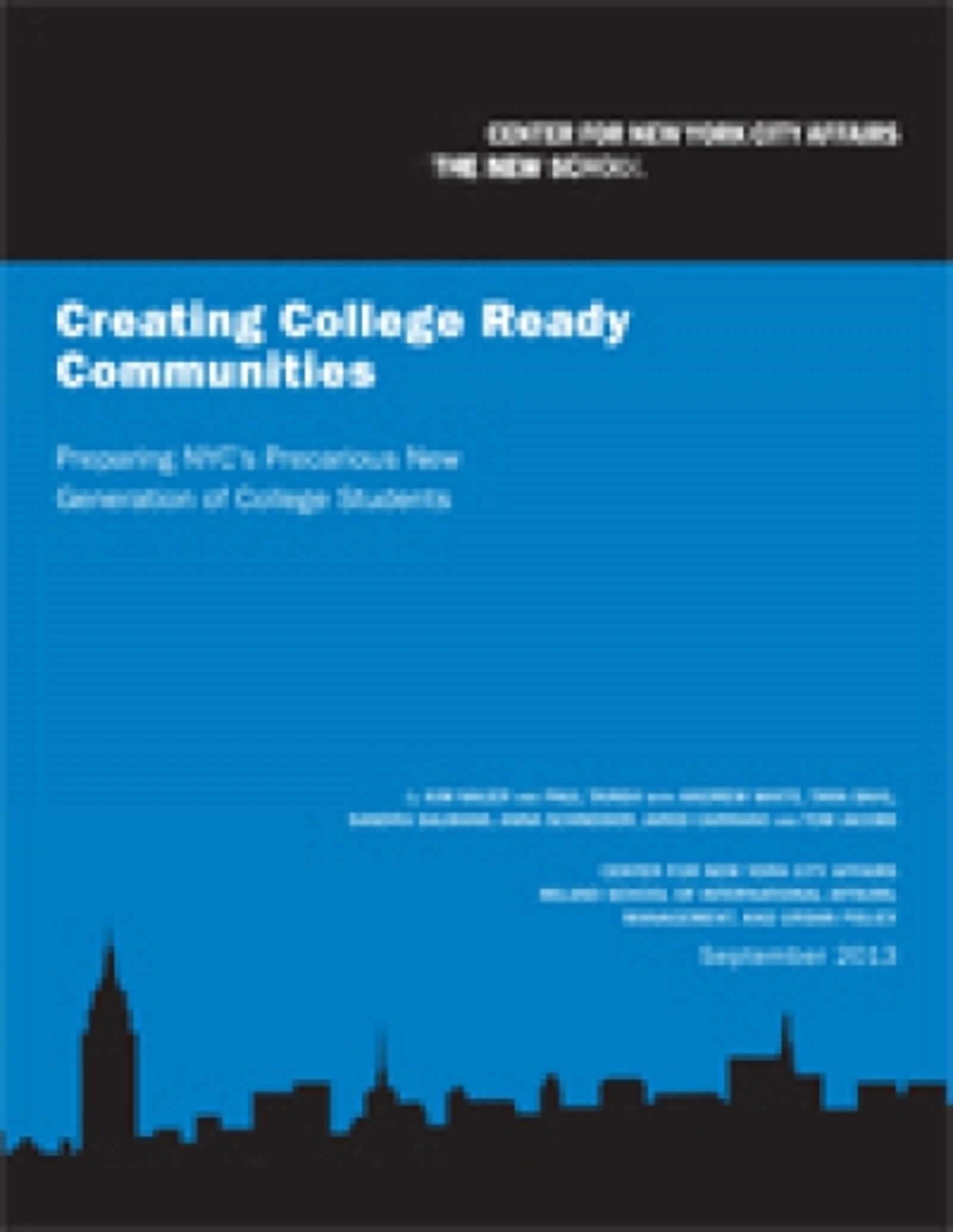 Barely half of students who enroll in CUNY schools graduate with a Bachelor's degree in six years; fewer than one in five of the students who enrolled in city community colleges in 2009 earned a two-year Associate's degree by 2012. Many city high school grads begin college at a disadvantage: not even a third of New York City's class of 2012 earned high enough test scores to avoid remedial courses at CUNY, which has been nicknamed the "13th grade."

A new report from the Center for New York City Affairs (Insideschools' parent organization), Creating College Ready Communities: Preparing NYC's Precarious New Generation of College Students, explores why so many New York City high school grads struggle to earn college degrees. It gives recommendations on how the city's Department of Education and schools could improve college preparation in K-12 enabling students to have a better chance of success. The report follows four years of research by the Center in 14 low-income city schools which were working to improve their college numbers.

"A large majority of students at every income level say they want to go to college -- and more and more of them are going to college. But the number of students actually completing a college degree remains stubbornly low," said Kim Nauer, education project director at CNYCA, who led research. "As New York prepares for its first new mayor in more than a decade, this report lays out the key challenges new civic leadership will face in bringing effective college accesses and readiness measures to the nation's largest school district."

Nauer (who helped craft "Insidestats" for our high school profile pages), says the report is especially useful for anyone working with students who want to go to college or others who want to know more about the city's college readiness efforts.

Visit centernyc.org to read more and download a PDF copy of the repot.