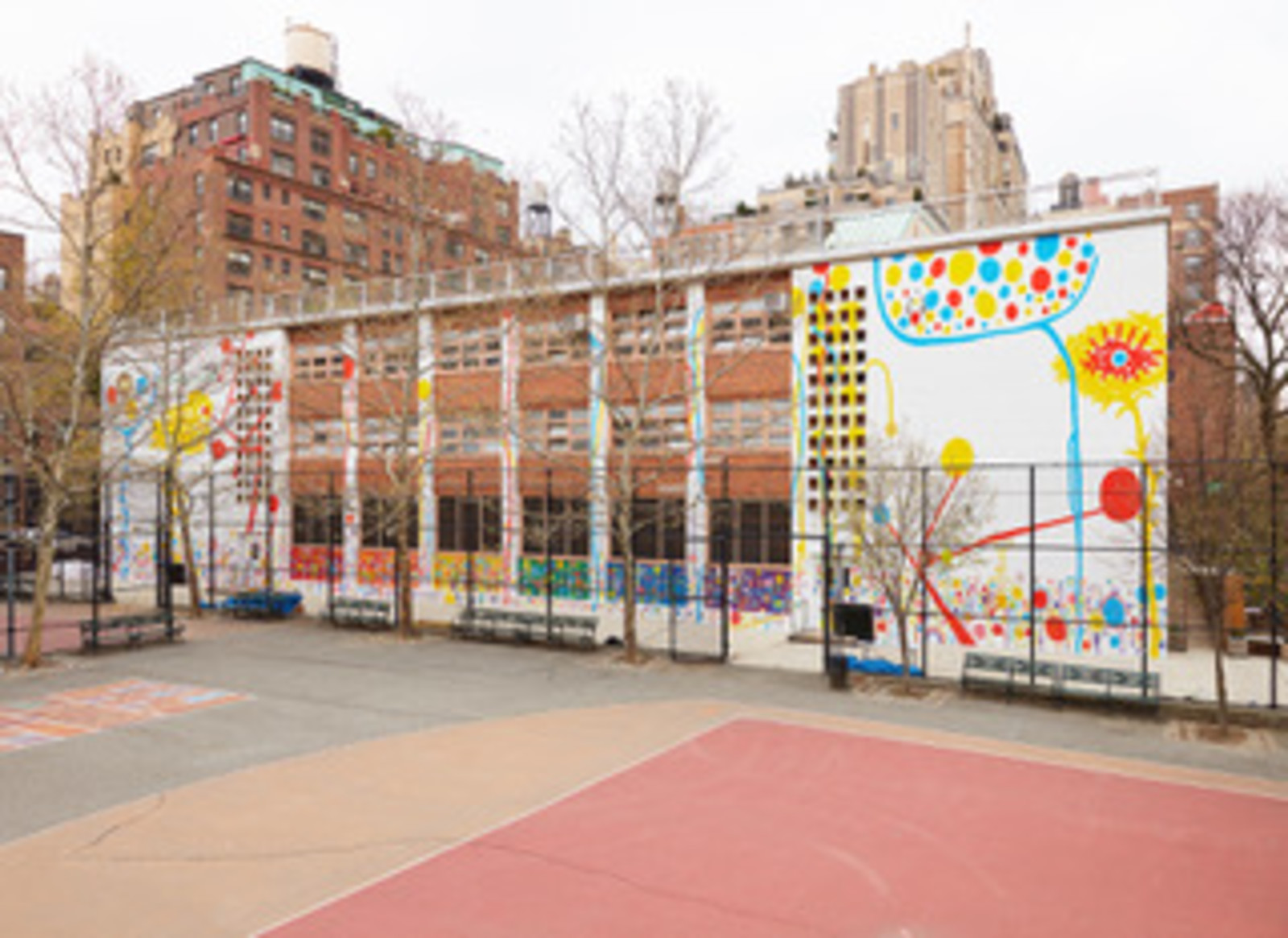 Tullet—illustrator and author of many children’s books, including the New York Times bestseller “Press Here”—is silly and likable. He is also bored. He misses the horn-tooting bustle of a traffic jam.

He spins around his small Harlem studio in the tradition of a French mime, emitting small sounds like “Uh oh!” and “Hello!” as he waits for inspiration to strike.

When it does, he tears circles in paper to make shadows. He walks his finger-painted hands across paper. He runs circles around objects on paper, with colored markers, making “vroom, vroom” noises, like a traffic jam.

He is no longer bored. And he is not boring! His videos will inspire, cheer and unite bored children of any age.

Incidentally, Tullet helped produce one of the most charming school murals in the city, a work of art called “Blooms of Multiculturalism,” shown above, painted by the 2018 5th grade class at PS 84 Lillian Weber School of the Arts.

The mural has been so effective, children now often refer to PS 84 informally as “The rainbow school” or “The flower school,” according to former PS 84 parent Virgil de Voldère.

Boredomdomdom can be found here, here and here.