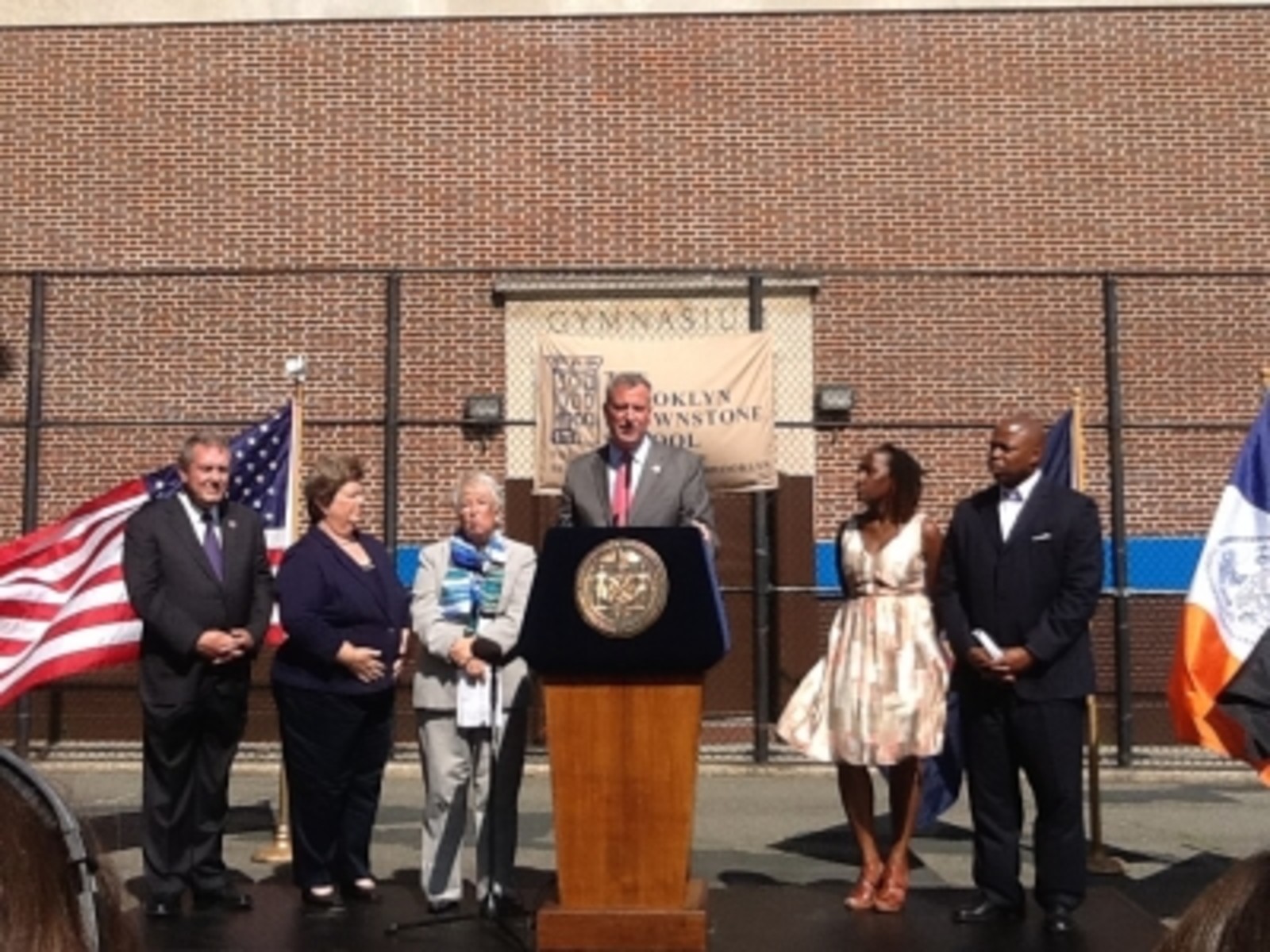 New York City students did slightly better on state standardized test this spring than they did in 2013, but about two-thirds of test-takers in grades 3–8 still failed to meet state standards on either the English language arts (ELA) or math tests, according to figures released by the state education department today.

ELA scores for the state remained largely flat, with pass rates—the number of children getting a level 3 or 4—increasing by a tenth of a percentage point, from 31.3 percent to 31.4 percent. New York City students, while still scoring below the statewide average, saw a greater increase in English scores, as 29.4 percent scored a level 3 or 4 as compared with 27.4 percent in 2013.

This is the second year that state students took tests aligned with the new Common Core standards. In the first year of the test, 2013, scores across the state plummeted. Despite the rise this year, the number of children getting 3s or 4s remains far below what it was in 2012, before introduction of the Common Core aligned tests. Students who score a Level 2 are now considered on track to graduate from high school but only those who score at a Level 3 or 4 are considered to be prepared for college.

Last year's scores prompted an outcry in many parts of the state and likely fueled opposition to the Common Core Standards. Statewide, between 55,000 and 60,000 students opted out of taking the exams. In prepared statements issued today, Board of Regents Chancellor Merryl H. Tisch and State Education Commissioner John B. King Jr. said the state is still in a transition period but on the right track. While saying "it will take time before the changes taking place in our classrooms are fully reflected in the test scores," Tisch said, "The test scores show that students from all economic, race, ethnicity and geographic backgrounds can and are making progress."

Skepticism about the test, though, probably will not go away. "In some cases teachers are basically teaching for the test as opposed to the kids getting a well-rounded education," said Theodore James, a member of Community Education Council 11 and the parent of a 7th-grader in the gifted and talented program at IS 181 in the Bronx. "I don't think that the score in itself is a true indicator of what the kids are doing. Teachers and students still aren't fully prepared."

Scores for students with disabilities remain very low across the state, with only 8.8 percent scoring proficient in math. In a conference call with reporters King acknowledged this was a big problem: "Clearly there is more work that we as a state and a country need to do to support our students with disabilities," he said.  Likewise the performance of students learning to speak English was very poor.

The good news for many students, though, may not be the scores themselves but how they will be used. This spring, the state revised its education law to bar districts from making promotion or placement decisions "solely or primarily on student performance" on these standardized test. The districts can use the assessment along with other measures, the law says, but only if "such assessments do not constitute the major factor" in a school's decision on whether to promote a student or admit someone to a selective school.

This will likely mean a major shift in admission procedures for some of the city's most sought after middle and high schools. Students who score in the top two percent on their 7th-grade ELA tests, for example, will no longer automatically get a spot in any educational option school they list as their number one choice on their high school application. Educational option is a method of admission designed to ensure a school has students with a range of academic abilities and is used at some popular schools such as Edward R. Murrow and High School of Telecommunications Arts and Technology.

The city Department of Education has notified all schools that rank students for admission that they will have to create a clear rubric on how they rank students and make those criteria available to all applicants.