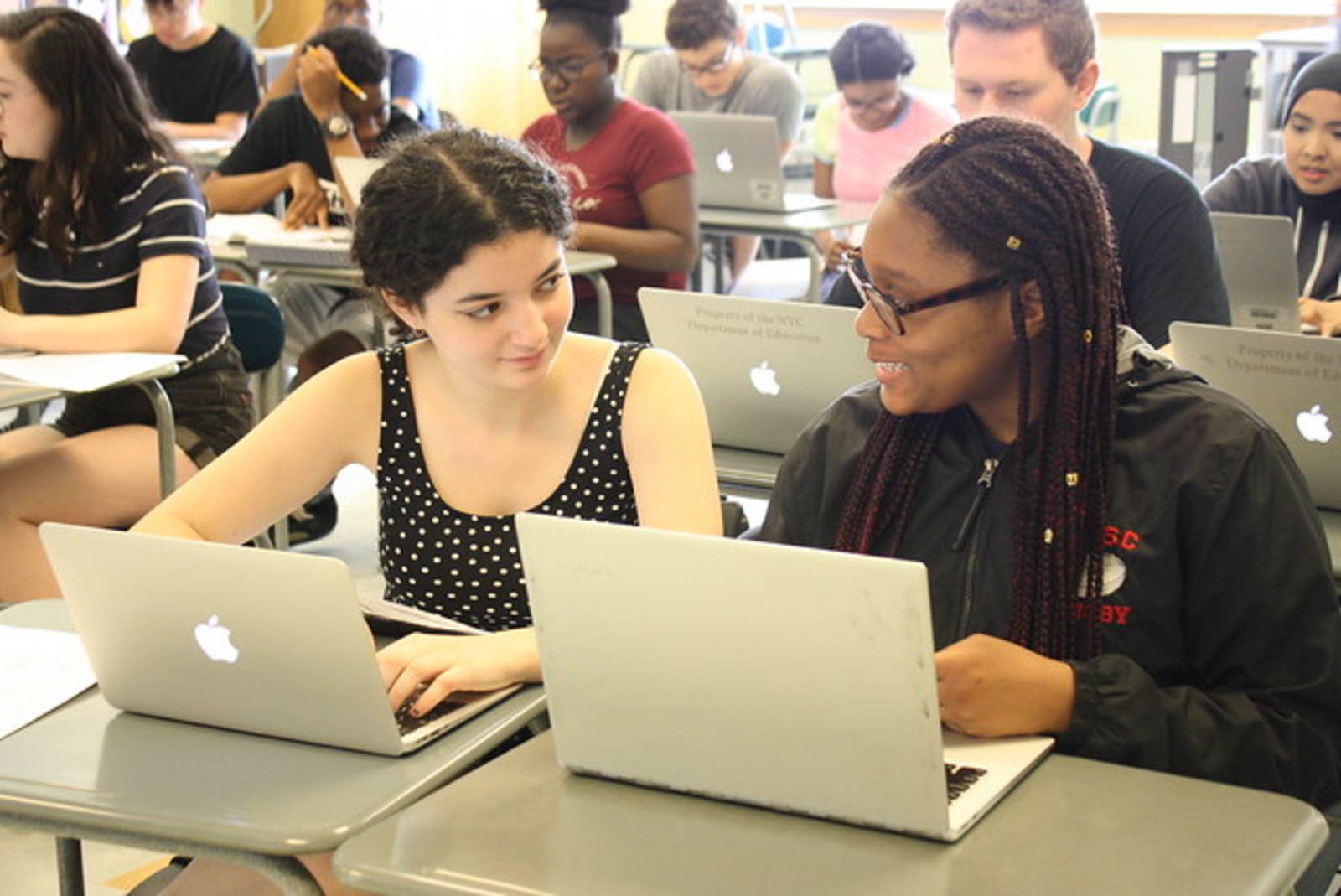 New York City is in the midst of an intense debate about opportunity and racial and socioeconomic fairness in determining which students get to attend which public schools.

For his part, the mayor has proposed ending another hot-button admissions practice – the system, enshrined in State law, of basing offers to the city’s most elite public high schools solely on results of a one-day exam: The Specialized High School Admissions Test (SHSAT). The reason: While Black and Latinx students make up some 65 percent of the city’s total public high school applicants, year after year they compose fewer than 10 percent of those invited to attend the specialized schools. Calling this a “roadblock to justice,” the mayor argues that seats in the specialized schools should instead go to the top seven percent of graduates from each of the city’s public middle schools, based on composites of student grade point averages and State standardized test scores.

Although the mayor’s proposal has received a chilly reception from State legislators, it speaks to a serious problem and merits serious study. For that reason, our colleagues at the Center for NYC Affairs modeled its potential effects by thoroughly analyzing the most recent publicly available application data for City public high schools. And to paint a more fully rounded picture of what the resulting changing admission practices would mean for the full range of the city’s schools and students, they also plugged in results from the City Department of Education’s school quality reviews and student survey data.

Earlier this week, the Center released its report: “Scrapping the SHSAT: Breaking Down Who Would Be Affected, And How.” Here is what they found:

The resulting concentration of these formerly eligible students in non-specialized but high-demand schools would make those schools less demographically and academically diverse. Within-school segregation would probably increase too, as new influxes of White, Asian, and non-poor students would likely enter academically screened competitive programs having student cohorts less diverse than their freshman classes as a whole.

The Center's findings also leads to some larger conclusions about flaws inherent in New York City’s entire system of choice in public high school admissions. Because under this system, there is no simple, direct relationship between an individual applicant’s academic strengths and the caliber of the high school she or he ultimately attends. Myriad other factors intervene, including: exposure to and awareness of the application process and the range of high-quality school options available; quality of middle school counseling; ability or willingness to undertake long inter-borough commutes to school; and others.

Success on the SHSAT and in the high school choice process often go hand-in-hand, because both require resources above and beyond academic ability alone. For evidence, one need only look at the expensive “arms race” of prep tutoring and courses for the SHSAT that many families take part in every year.

One of the most powerful consequences of the mayor’s specialized high school proposal is that it would, at least in theory, offer all eligible students guaranteed seats at some of the best high schools in the city without requiring them to apply – circumventing many of the barriers that put similar schools out of their reach in the regular high school choice process. Yet while it would help level the playing field for the specialized schools, it would unintentionally leave an unfair competition intact – and perhaps even intensify it – at the most high-demand non-specialized schools.

Nicole Mader is a senior research fellow and Ph.D. candidate in public and urban policy at The Milano School of International Affairs, Management, and Urban Policy at The New School. Melanie Quiroz is an education policy data analyst at the Center. She is currently pursuing a master’s degree in Public and Urban Policy at Milano. Carmen Cheung was a summer intern at the InsideSchools project at the Center and is an undergraduate student at Columbia University and SciencesPo.