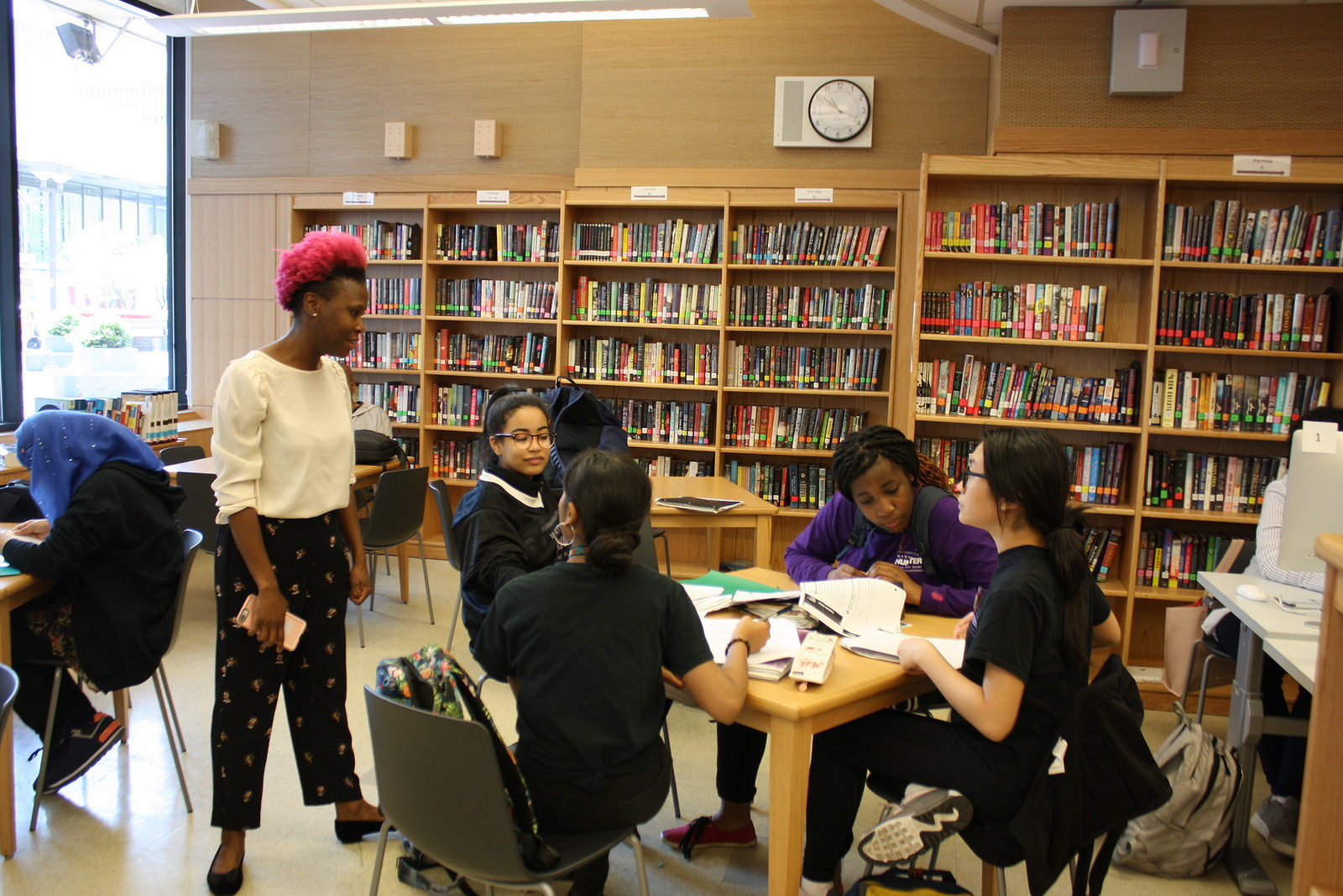 The Mayor’s School Diversity Advisory Group this week released a report making a compelling case for why racial and income integration in the public schools matters. Now the challenge is coming up with realistic plans to make it happen – and at the Center for New York City Affairs we have some ideas, embodied in a new report we’re publishing today, for doing that at the secondary school level.

The School Diversity Advisory Group cited a growing body of research showing that all children benefit from diverse classrooms, in part by developing critical thinking skills by learning alongside classmates who have different life experiences to share. It identified nine of the City’s 32 community school districts where racial and income integration is possible – that is, districts with student poverty rates between 30 and 70 percent. It recommended that the City require these districts to come up with plans to ensure that low-income students are distributed evenly across their schools.

Their report also recommended what can be done in other districts that serve a large proportion of children from Black and Hispanic and low-income families; that includes ensuring that these districts get the kind of resources that richer districts get, and that each school have a curriculum and staff members reflecting the city’s racial and ethnic diversity.

The Center’s new report, “Screened Schools: How to Broaden Access and Diversity,” focuses on the more than 180 middle and high schools that screen students for academic ability or artistic talent. Nearly 15 percent of high school students and about 18 percent of middle school students attend such academically screened schools, where admission is based on student grades, test scores, attendance, an exam or admissions interview, or some combination of these factors. (These schools are separate from the elite City high schools using the Specialized High School Admissions Test, or SHSAT, as the sole basis for admission. The report also analyzes the demographics of these schools.)

Some educators and activists believe that screens reinforce racial and social privilege and should be abolished. The School Diversity Advisory Group cited “serious concerns” about middle school screens and pledged to examine high school screens in a later report.

On the other hand, we also found that some screened schools have admissions requirements so restrictive that few Black, Hispanic, or low-income children can enroll. For example, Eleanor Roosevelt High School on Manhattan’s Upper East Side requires students to have an almost perfect academic record and live or attend school in District 2, which includes some of the most expensive real estate in the country. Like Eleanor Roosevelt High, schools with the most rigorous academic requirements for admission had disproportionately high numbers of White and Asian students. Our report recommends removing or modifying such restrictive screens.

Increasing access to high-quality schools doesn’t have to be a zero-sum game, with winners and losers fighting over scarce seats. We propose expanding enrollment at some of the city’s most successful schools, both screened and unscreened, that have far more applicants than seats, while modifying admission requirements to ensure all students, whatever their race or household income, have a fair shot getting into the most popular schools. If one school has students clamoring to get in while another in the same building can’t attract enough students to fill its seats, why not expand the high-demand school?

For example, Manhattan/Hunter Science High School, in the Martin Luther King Campus on the Upper West Side, is a racially and economically integrated school with more than 50 applicants per seat. Other small schools in the building have empty seats. Expanding a successful screened school like Manhattan/Hunter to meet demand should be a no-brainer---and would increase the number of students attending integrated schools. If the city doubled the enrollment of just 20 successful schools like this one that now serve 500 students each (and many have enrollments of roughly that size), it could create new 10,000 seats.

We also point out that there are successful unscreened schools that serve students of all academics abilities, different income levels, and diverse racial and ethnic groups, like Louis Armstrong Middle School in Queens. Expanding or replicating these schools would expand opportunity for all.

The School Diversity Advisory Group has wrestled with what racial and economic integration of schools means in a city where housing is segregated and some neighborhoods are overwhelmingly home to Black, Hispanic, and low-income students. The Center’s “Screened Schools” report confronts the same reality and proposes ways to both promote diversity and increase educational excellence across the city. (Click on the image below. It will access an interactive map showing which middle schools reflect the racial demographics of their districts, and which fall short of serving the students who live around them.)

The School Diversity Advisory Group calls upon community school districts and the schools chancellor to develop both ambitious and practical ways to move their schools towards greater diversity. Our assessments of how screened schools are operating in specific schools and districts can help inform this planning. We believe New York’s public schools, including its screened middle and high schools, should reflect and embrace the city’s diversity. We also believe that our report suggests a range of practicable ways to realize that goal.