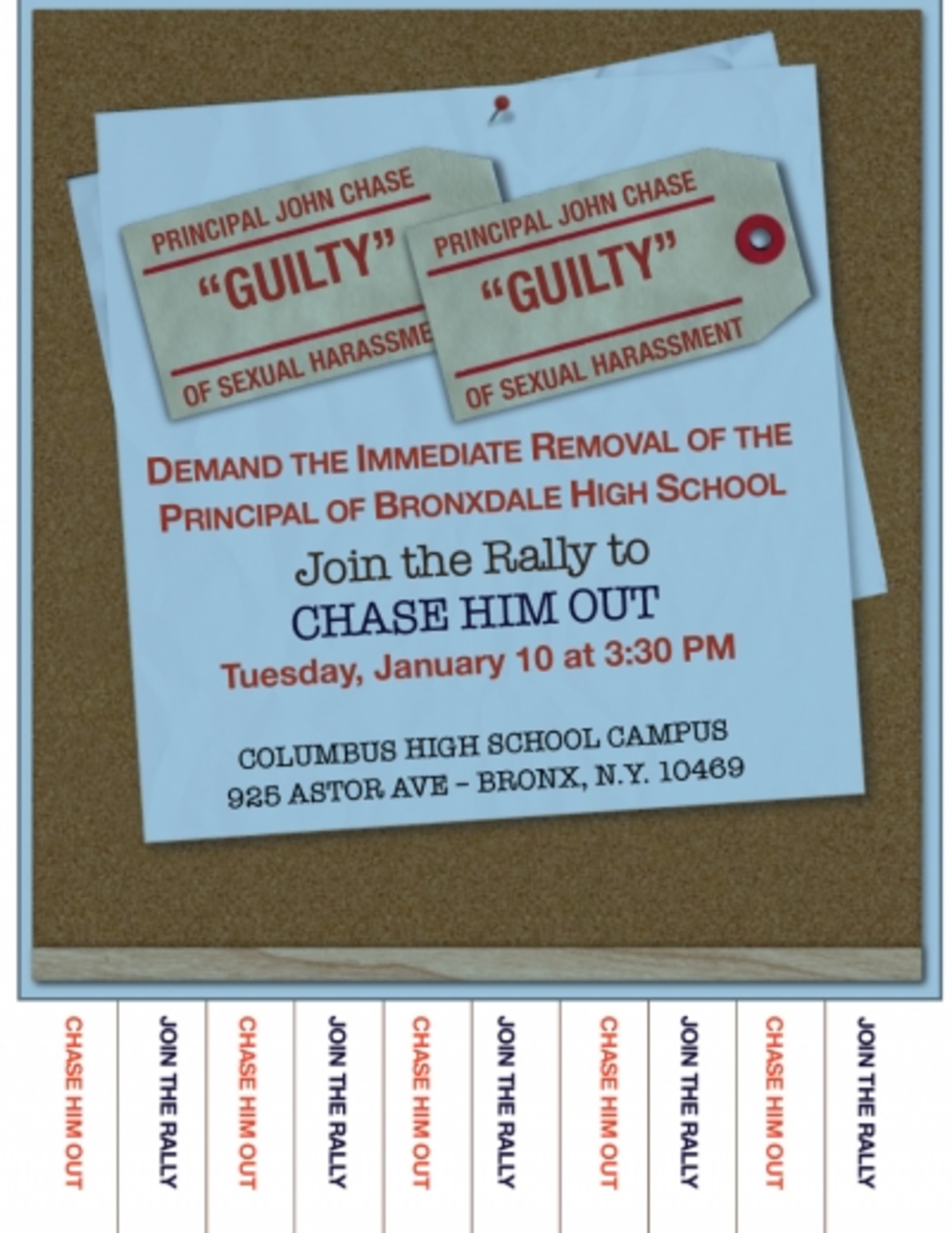 Teachers, women's groups and elected officials will rally Tuesday afternoon (Jan. 10) to demand that the Education Department remove a Bronx principal who made lewd remarks to staff members.

The DOE reprimanded John Chase, principal of Bronxdale High School, and ordered him to undergo sensitivity training after investigators determined he made remarks about oral sex to staff members.

But organizers of the rally, including Bronx Councilman James Vacca, the teachers union, and the National Organization for Woman, say the slap on the wrist was not enough.

Protestors plan to gather in front of the Christopher Columbus campus — home of Bronxdale High — after school at 3:30 pm.

DOE representative Matt Mittenthal said no further disciplinary action is planned for Chase, but they will take his actions into consideration for "any future decisions around tenure."