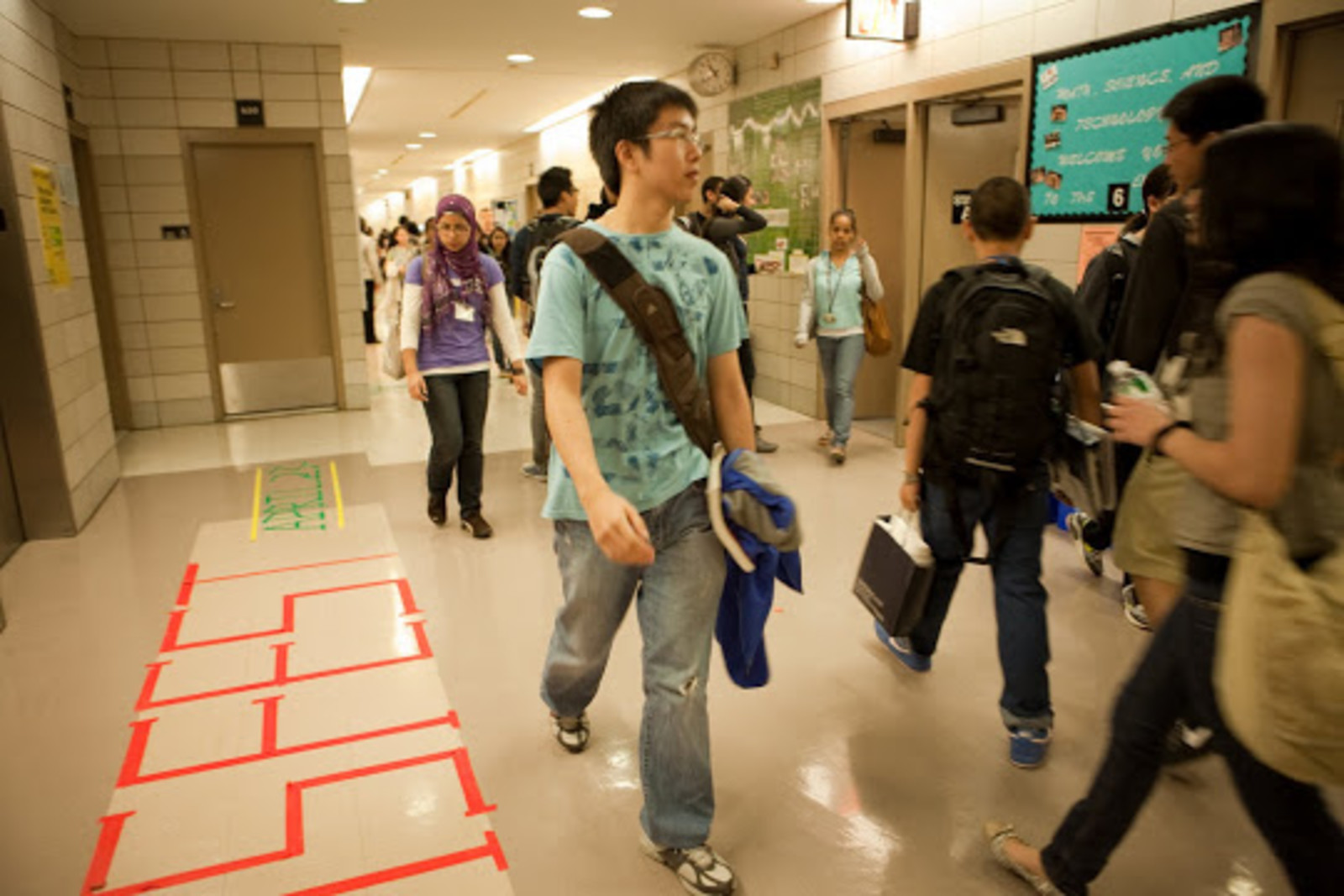 Eleanor Roosevelt High School (ELRO), a small school that limits enrollment to Manhattan's District 2 students, was second most popular with 5,376 applicants. ELRO continues to get thousands of applications from students throughout the city even though those coming from outside of the district have little chance of getting accepted.

Beacon High School, which moves to a new building in Hell's Kitchen in September, was number three, garnering 5,255 applications for 300 seats. Beacon, like some other popular and very selective schools, still has a few openings for students with special needs. Schools that screen applicants for test scores and grades have been charged with attracting and enrolling more students who require special education services for at least 20 percent of the school day. Many came up short in the first round of high school admissions.

In Brooklyn, giant Edward R. Murrow, received 5,182 applications and was number 4 on the list. For the past four years, tiny Baruch High School in Manhattan with only 111 9th-grade seats open to children in District 2, led the list of most sought-after schools; this year it slipped to fifth place receiving 5,182 applications, 2,000 fewer than last year's 7,238. The drop in applications from last year is one of the few surprises; most schools on the list are repeats from previous years.

Midwood High School's two selective programs, one for medical science and the other for humanities, got close to 5,000 applications each as did Leon Goldstein High School for the Sciences, despite its rather remote Sheepshead Bay location.

The unscreened schools with the most applicants was Pace High School, at number 9.

These 20 high school programs received the most applications out of all 400-plus high schools in the city excluding the nine specialized high schools. About 27,000 kids took the Specialized High School Admissions Test for a shot at the exam schools, which offered seats to 5,103 incoming freshman for the 2015-16 school year.

The top 20 list includes the number of 8th-graders who listed the schools anywhere on their application—it doesn't indicate how many students ranked the schools first. The DOE did not release the number of applicants for any other schools. This year 86 percent of 8th-graders were matched to one of their top five choices; 8 percent were not matched to any school in the first round.