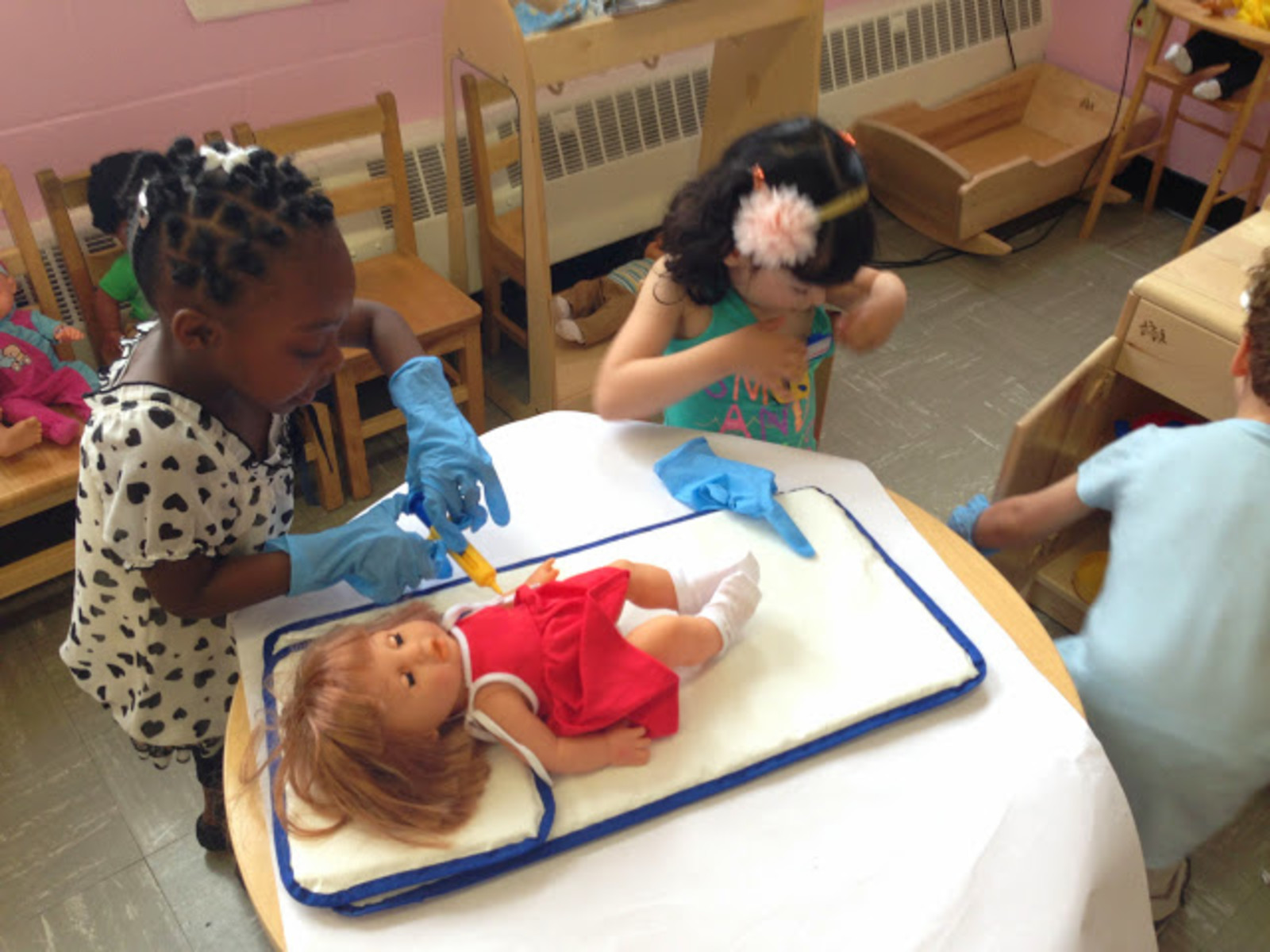 Mayor Bill de Blasio struck a chord with New Yorkers when he first spoke of universal pre-kindergarten as a means to end the “tale of two cities” that divides our highest and lowest wage earners. Classroom diversity was billed as an integral part of that vision, building on research that middle-class and low-income students in economically integrated classrooms see more academic and social gains. However, a lack of reliable data and the sense that pre-k remains just as economically divided as many elementary schools has led many critics to attack the city for not making good on that promise.

A new report by Halley Potter, a fellow at The Century Foundation—a non-partisan social policy research institute—takes an in-depth look at UPK’s progress, focusing specifically on the goal of classroom diversity and what we need to do to get there.

"The de Blasio administration has pulled off a remarkable feat in expanding free, full-day universal pre-K to roughly 70,000 children by this fall, while also bringing much needed attention to the value of socioeconomic and racial diversity in preschool classrooms,” Potter wrote Insideschools via email. "But there's still much more that the administration can and should do to open opportunities for integrated universal pre-k classrooms, including collecting better demographic data and revising admissions preferences to support diversity."

Below are some of the ways Potter suggests the City can improve classroom integration in UPK, from “Lessons from New York City’s Universal Pre-K Expansion, and How a Focus on Diversity Could Make It Even Better.”

• Collect better data —The DOE has yet to collect school federal and reduced-price lunch data for pre-k, Potter explains. Some critics use questionable metrics to claim a lack of seats for low-income families, and the DOE refutes that. Still, without the numbers, questions persist.

• Subsidize transportation —In a city with many economically segregated neighborhoods, the best way to encourage diversity is to get families to travel, but for now, bus service for pre-kindergartners remains limited to those with special needs.

• Enable blended funding —Most NYCEECs (New York City Early Education Centers) with public funding only enroll students who qualify for public services. Those who do enroll a mix of students who qualify and those who pay are subject to legal and administrative headaches, effectively thwarted in their efforts to increase integration. For example, Potter found that the staff at Park Slope North-Helen Owen Carey were told that they had to enroll ACS-funded and private paying students in separate UPK classrooms. The center went against that rule in order to maintain integrated classrooms, but in doing so they didn't receive full funding from the DOE.

Read the full report: “Lessons from New York City’s Universal Pre-K Expansion, and How a Focus on Diversity Could Make It Even Better.”