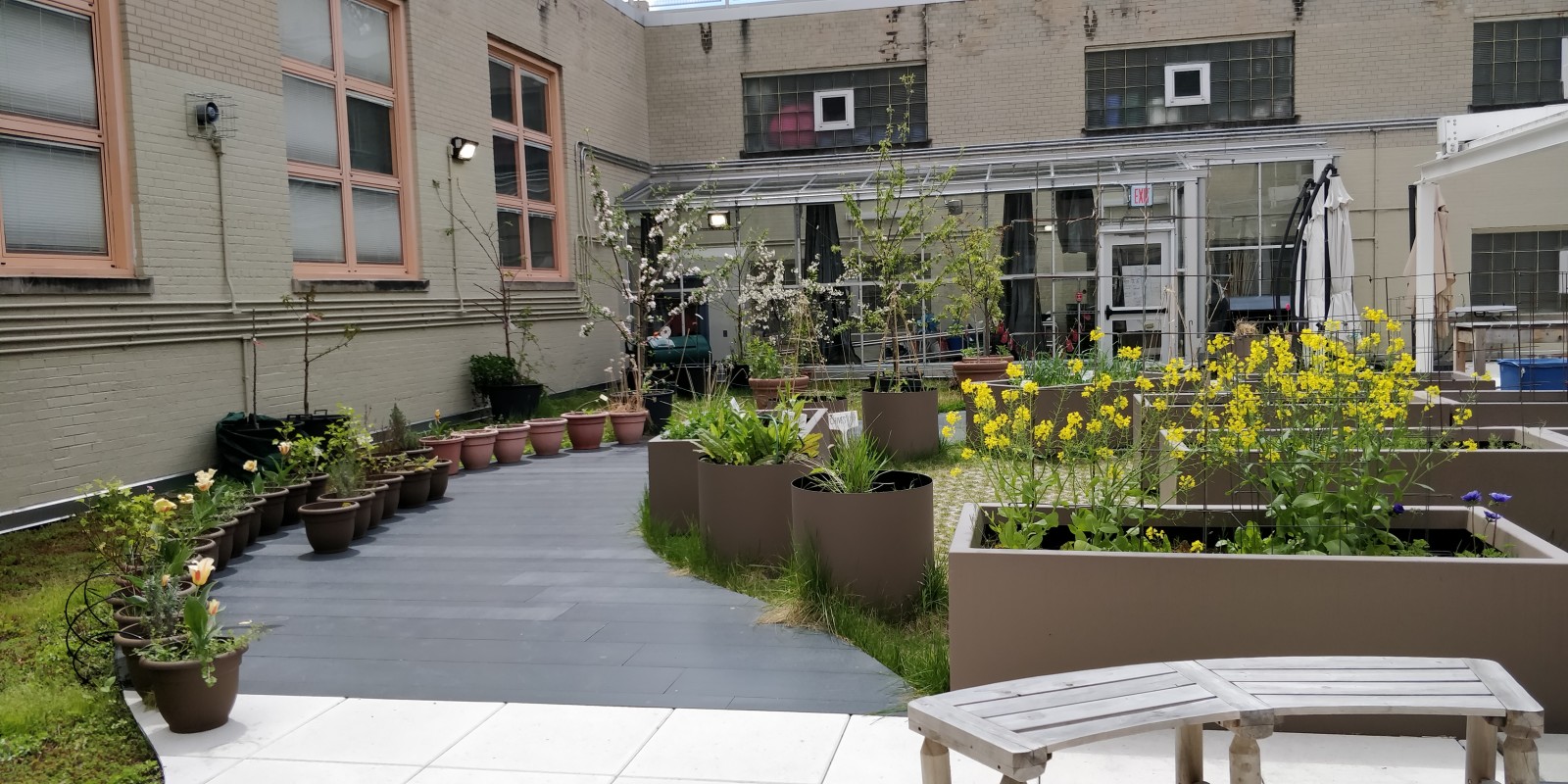 “How are we getting the garden to the kids?”

This was the question that gardening teacher Kimberly Beazer and garden coordinator Sherri Sandfort-Semon asked themselves during a two-day scramble to pack up and leave school grounds, for distance learning in March.

As the two staffers most responsible for the garden at PS 84 Lillian Weber, a pre-K—5 school, they distributed tomatoes, basil and more than a dozen houseplants to teachers for at-home care. Beazer took home grow lights, stacks of trays and seedlings to use for garden lessons from her home.

PS 84’s Urban Roots Garden is an impressive example of what a school garden program can be. Children plant strawberries, sunflowers, eggplant, peas and tomatoes. They harvest and taste what they have grown. But without a garden, how would the gardening teacher proceed?

Half a dozen blocks away, at Urban Assembly for Green Careers, Douglas Pentland, the urban agriculture teacher at the high school, pondered the same question. He disassembled the hydroponic garden, harvesting “basil plants with leaves as big as my hand,” and carted home sunflowers, tomato plants, random herbs and a bag of mixed seeds. He set up his transplanted garden in a bedroom vacated by a roommate.

“I’m trying to continue to find a way [my students] can see vegetables and plants growing,” Pentland said. Eventually, he hopes they will do research inspired by the plants he has at home.

In addition to the hydroponics nursery, Green Careers has an urban garden on Amsterdam Avenue. It has daffodils, tulips, flowering trees—and chicken wire, for the chickens that were beginning to hatch in March. The teens were looking forward to selling eggs at a sidewalk stand, just as they sold honey from their beehives last year.

At the high school, a big challenge has been meeting face-to-face online, what with students sharing computers at home and dealing with intermittent Wifi. But when Pentland does connect, being able to show the seeds and plants in his apartment—and the still-vivid memories of chicks hatching—make it easier to engage students.

The fish were left behind, in a small aquaculture system that should be fine for a couple months, at which point Pentland hopes to get permission to go into the building and save them.

Meanwhile, Sandfort-Semons, who lives close to the school, got approval to visit PS 84’s garden for the first time last week. There are rules: no more than five staff allowed in the building at one time and only for essential reasons. “Our irrigation system was down and I had to go in to repair it,” she said. In mask and gloves, she took videos to post and share on Instagram @PS84fearlessgardeners. The kids loved it.

Beazer had the idea to put together “grab and grow” garden kits, with a packet of marigold seeds, a pot and soil. The kids had harvested the seeds before the pandemic. As a result, they are familiar with the unusual mini matchstick-shaped seeds. And marigolds are satisfying to grow because they sprout quickly.

Families who live in the neighborhood picked up the brown-bag kits from the blue bench outside the school, while kits were mailed to children who live farther away. Eventually, Beazer would love to do time-lapse films of plants unfolding but, for now, she and Sandfort-Semons are happy to have found ways to keep kids connected to a space they love.