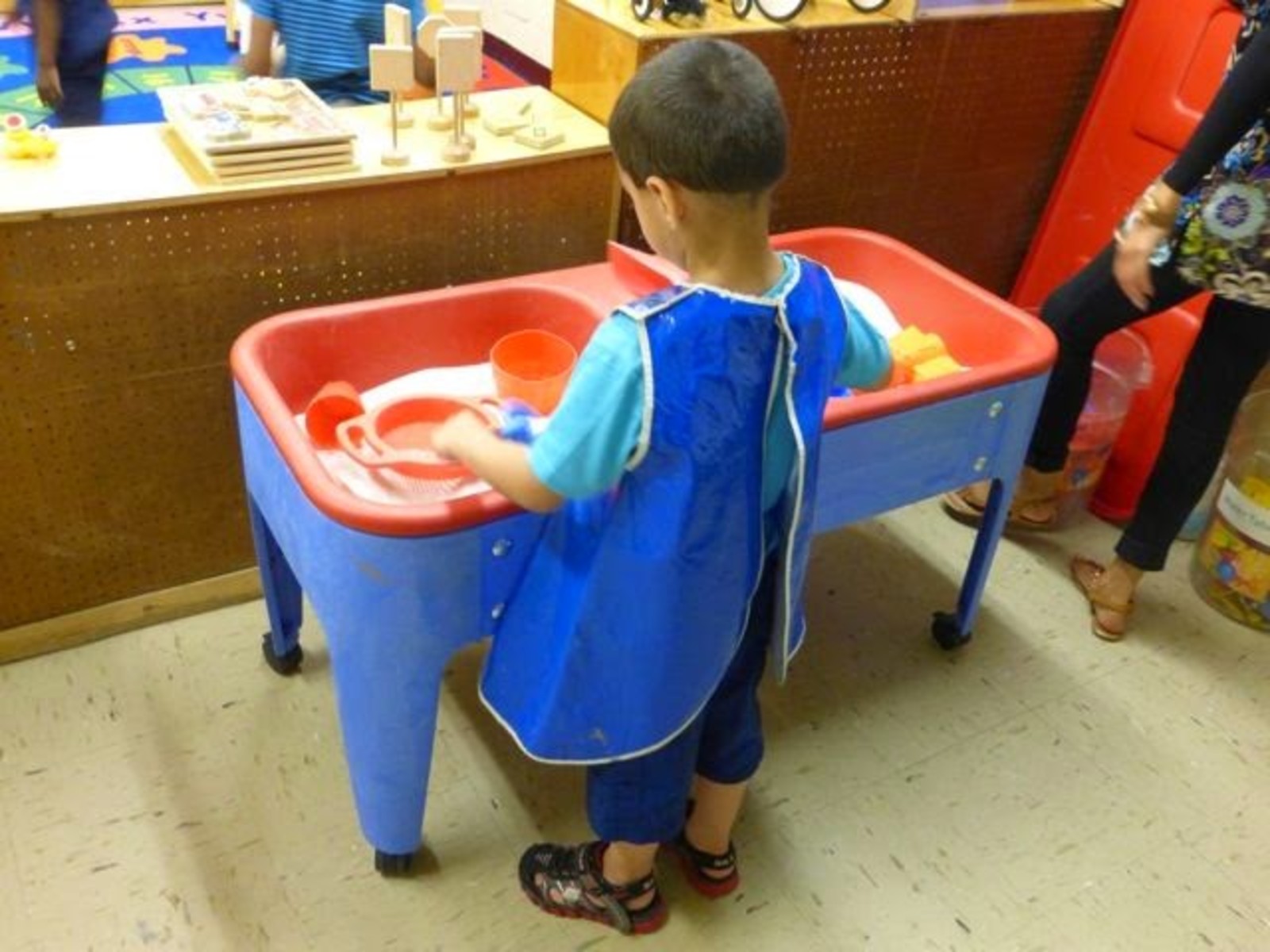 Last week marked the start of New York City's pre-kindergarten application process. For about two seconds I fantasized about securing a coveted spot in a district school pre-k for my 3-year-old son. He'd be able to go on to kindergarten there; we'd have the next several years figured out, educationally, at least. But I soon saw the light: Staying at the early education center where my son now attends preschool has benefits too great to pass by.

Sure, there are all the logistical perks people mention when singing the praises of early ed centers: Unlike schools, my son's daycare is open during the summer, and provides 11 hours of care each day, not just the six hours of city-paid universal pre-k. Although we will pay for the extended hours, that means no need for complicated, patched-together after-school or summer child care arrangements.

Also key: My son's younger sister will attend the 2-year-old program there. That makes for just one pick-up and drop-off.

But my reasons for wanting us to stay go beyond convenience. I love that early education centers are all about young kids and young families. I love that the culture of early childhood is reflected everywhere in these places—from the tricycles and soft blocks in the common area, to the little blue cots for napping, to how the janitors and security guards indulge the kids' endless fascination with their phones, keys and brooms. In this giant metropolis of a city, good early education centers are little bubbles designed for the very particular needs of young kids and their frazzled parents, micro-worlds where the staff is sympathetic and the sinks and toilets and just about everything is little and low to the ground.

In my work at the Center for New York City Affairs, I've heard many times from education experts how little kids learn very differently from older ones. Four-year-olds learn through play—through pretending and singing and dancing and building. Pre-k isn't supposed to look like 5th-grade, of course, but nor should it look like kindergarten.

Some experts warn that in order for pre-ks housed in schools to work, the academic-bend of the older grades must not seep down to the classes for 4-year olds.

But how can we ensure that? School principals have always had a lot on their plates. Now they must fret over the needs of 4-year-olds along with those of 10-year-olds. While I know there are some who pull this off beautifully, it's a tall order.

My past three-plus years as a parent has presented me with a learning curve steeper than any other I've encountered. As I've bumbled along, I've turned to my kids' child care teachers for tips on everything from how to introduce a sippy cup to when to ditch the diapers. I tell them when my children have had a rough night; they tell me how they napped, how they played, and how much lunch they ate. On the not-so-rare occasion that I've messed something up—left the milk bottles at home, lost a shoe en route to school—they've helped me out.

As a perpetually sleep-deprived working mom of two little ones, I've not just appreciated this kind of support, I've leaned on it. I don't know if this back and forth between parents and teachers is common at elementary schools—we haven't gotten there yet. But at quality early education centers, it's par for the course. It has to be. Daycares look after kids who can't yet talk. Clear communication between parents and teachers is a necessity.

As many warned me would happen, my son is growing up fast. In a flash, the pudgy newborn who once kept me up at night has become a lanky little boy who likes to proclaim often and loudly that he's almost a grown up. Some days, as we begin our walk home from school, he instinctively reaches for my hand. Other times he prefers to go solo, walking a bit off to the side, relishing his separateness as he pokes at the sidewalk with a stick.

My son loves his school, but if asked, he'd likely tell you that he'd be just fine at one made for big kids. And he'd probably be right. But I'm not there yet. One more year of educational play, and one more year of hand-holding—both for him and his mom—sounds good to me.