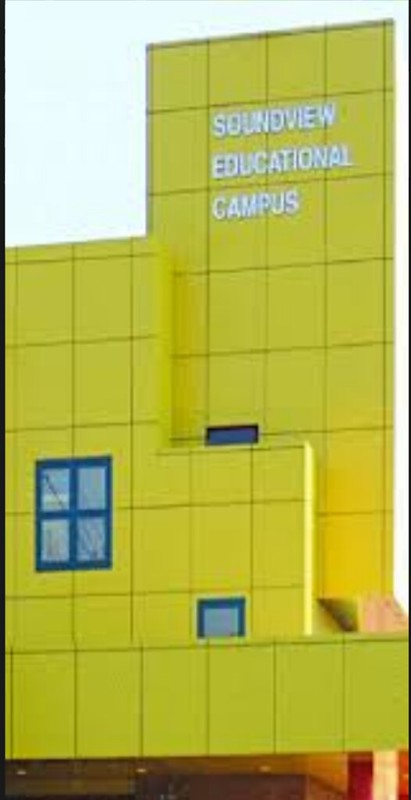 AUGEST 2012 REVIEW: The Felisa Rincon de Gautier Institute for Law and Public Policy shares the Soundview Educational Campus with Bronx Arena, a transfer school. The building has no gymnasium or auditorium, but hallways feel spacious, and rooms are bright and clean. Most students come in with very weak academic skills, and the school does a pretty good job getting them to graduate on time.

Principal Grismaldy Laboy, who founded the school in 2003, graduated from Adlai Stevenson High School and returned as as teacher there. She modeled her new school after the Law Institute at Stevenson. The ties to Stevenson are still present; Laboy's students are eligible to join that school's athletic teams.

The school has a standard Regents-prep curriculum. Students also take a class in forensics and an introduction to law and public policy.

The school, named for the first female mayor of San Juan, Puerto Rico, attracts Spanish-speaking new immigrant students, some of whom have had little formal education in their native countries.

This is an interdisciplinary program that applies the skills and content areas of the humanities. Instruction includes activities that require all students to think, problem solve, and defend their opinions. Students will be required to participate and lead school wide activities such as community service, peer tutoring and internships. They will complete college courses, pursue an Advanced Regents Diploma and complete three years of a foreign language.

This program helps students explore careers in the legal and political fields while strengthening their reading, writing and public speaking skills. Our Law Academy program creates a learning environment committed to community and character development.

Shared campus?
Yes
This school shares the Soundview Educational Campus with one other school
Metal detectors?
No