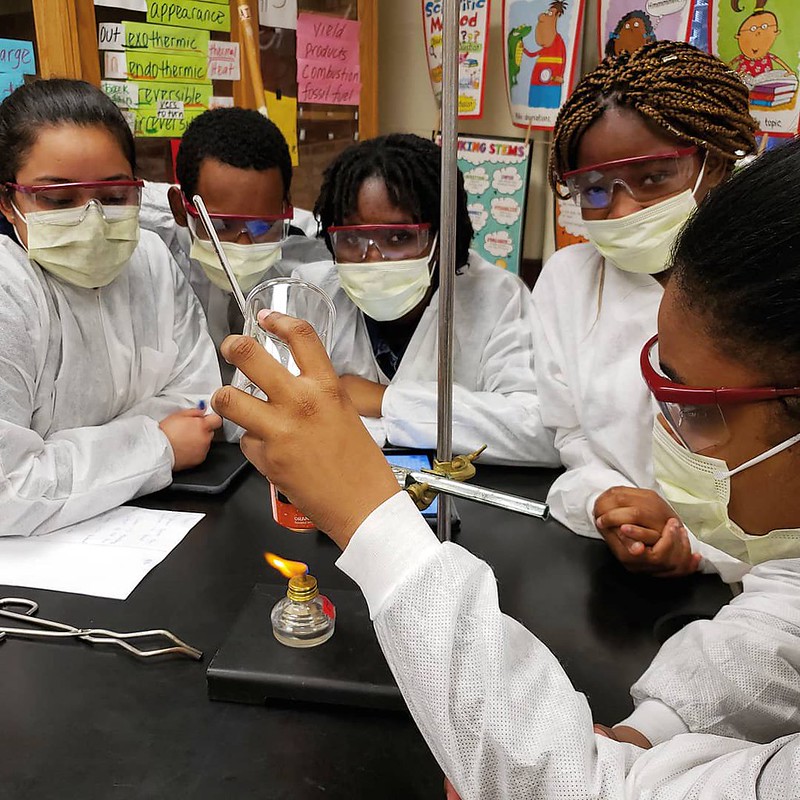 Bronx International serves new immigrants who are learning how to speak, read, and write in English while taking typical high school classes. Classes are taught in English and students often work in small groups. Instead of taking most Regents exams, they must show their knowledge by doing research projects and making oral presentations. The school website has examples of student projects, such as a packaging designs and marketing plans for lip balm, and essays on global warming. Students also grow produce in a hydroponics lab, according to a story on News 12 Bronx.

The school offers two special skill-based programs, in architecture and construction, designed to give students a boost when applying for jobs or college. Teens are encouraged to do internships outside of school to explore careers and to give them more opportunities to practice English. Music and art classes are taught in partnership with Bronx Arts Ensemble.

Founded in 2001, Bronx International was the fourth school in the Internationals Network, which includes 18 schools in New York City that serve new immigrants.

Principal Joaquin Vega took the helm in 2006. In an article in Chalkbeat he said most students come from the Dominican Republic, Honduras, Ecuador and West Africa. Some children speak special dialects and some have never been to school.  “For those students, based on research, it takes six or seven years to acquire academic language,” he said. Vegahimself came to New York City from Colombia when he was 17 years old and said he struggled just as many of his students struggle. “Coming to a new setting is very, very hard,” he said.

The school is housed on the third floor of the former Morris High School, now known as the Morris Educational Campus. Four small schools share the building; each has about 400 students. Sports teams are campus-wide and the schools share the free Montefiore Health Clinic, complete with exam rooms, a dental suite and a counseling area.

Built in 1897, the building boasts high ceilings, stained-glass windows, two gymnasiums, a dance studio and a beautiful auditorium with a pipe organ. However, students must pass through metal detectors to enter the building. [photo from school Twitter feed]

Admission: Open only to residents living in the United States four years or less who score at or below the 20th percentile on the Language Assessment Battery (LAB-R) or other accepted language tests. (Lydie Raschka, web reports, October 2018)

How many teachers have 3 or more years of experience teaching?
77%
76% Citywide Average
Years of principal experience at this school
13.1

How many English language learners graduate in 4 years?
76%
68% Citywide Average