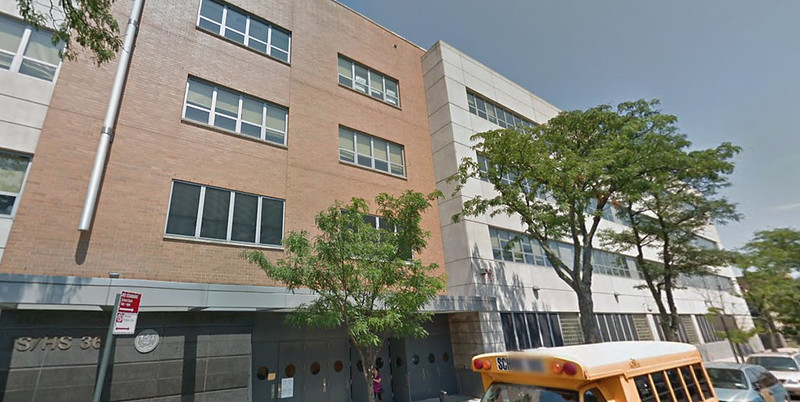 Some concerns about safety in neighborhood

The school was recognized by Stanford University for its success in teaching new immigrants and preparing them for college. Most students enter the school with poor academic skills but they make good progress: Attendance and graduation rates are well above the citywide average.

Mithat Gashi, formerly the assistant principal, became principal in 2017, succeeding Fausto Salazar who launched the school in 2005. A high school immigrant himself, from Ecuador, Salazar went on to earn a bachelor's degree in economics from Columbia University and a master's degree in math from Lehman College. As a teacher, he designed the first bilingual math class at Christopher Columbus High School.

In September 2008 New World High School moved onto the 4th floor of a newly constructed building in Bronxdale, with a weight room, a gymnastics room and a large gym. The building is shared the Academy for Scholarship and Entrepreneurship, Bronxwood Preparatory Academy, and a District 75 school for students will disabilities.

How many teachers have 3 or more years of experience teaching?
68%
76% Citywide Average
Years of principal experience at this school
1.8

How many English language learners graduate in 4 years?
82%
68% Citywide Average

Shared campus?
Yes
This school shares the building with the Academy for Scholarship and Entrepreneurship and the Bronxwood Preparatory Academy
Metal detectors?
Yes