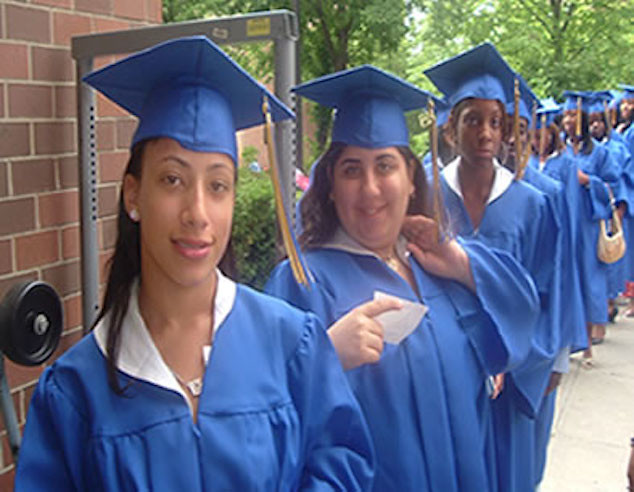 ACORN Community High School has a strong debate team that routinely wins tournaments. It is part of the city’s Expanded Success Initiative, which aims to encourage black and Latino young men to attend college. Teachers design culturally relevant lessons and projects and students participate in special events such as the Male Youth Empowerment Symposium.

Despite its strengths, the school faces challenges. Enrollment has declined significantly in recent years; many students are chronically absent (more than 10 percent of the school year) and struggle to graduate with strong enough skills to avoid taking remedial courses at CUNY colleges.

Incoming students choose between programs emphasizing law or science. Partnerships with outside organizations such as the Brooklyn Academy of Music, Theater Development Fund, Brooklyn Museum and SUNY College of Environmental Science and Forestry help expand offerings and provide additional layers of support for students. Additionally, students may earn college credit by taking Advanced Placement classes at the school or free classes at Medgar Evers College and Long Island University.

ACORN was praised in its Quality Review for establishing “a culture of elevated expectations.” Lessons emphasize discussions and analysis of topics; students are expected to complete lengthy projects in addition to preparing to pass their Regents exams. Teachers and staff also find ways to design culturally relevant instruction and assignments to engage students, according to a report by the Research Alliance for New York City Schools at New York University. For instance, teachers assign books such as The Kite Runner, The Women of Brewster Place and The Skin I'm In, as well as plays such as Fences by August Wilson. In a math class, students designed architectural structures based on buildings familiar to them, such as the Barclays Center. A study group of 11th- and 12th-graders led by a guidance counselor tackled Ron Suskind's book A Hope in the Unseen: An American Odyssey from the Inner City to the Ivy League through shared readings and discussions.

The school is very small, which allows teachers and staff to get to know students very well. There’s also a lot of experience among the teachers, with almost all of them having taught at least three years. Teachers also give high marks to longtime principal Andrea Piper, who has led the school since 2009 but started at ACORN in 1999 as a health and science teacher.

Opened in 1996 at the site of a former T-shirt factory, ACORN was founded in partnership with the now-defunct community organizing association of the same name. Though the ACORN organization no longer exists, the school continues its founding social justice theme through programs such as Breaking Walls, an organization that connects youth around the world through theater and writing and provides opportunities for international travel.

A program called AVID (Advancement Via Individual Determination) provides intensive support and coursework as well as mentoring to middle-performing students to ensure they stay on track for college. Most ACORN graduates attend either two- or four-year CUNY colleges, though some go on to SUNY as well as private colleges.

SPECIAL EDUCATION: The school has self-contained classes only for students with special needs, but whenever possible, students are placed in ICT (integrated collaborative team teaching classes).

ADMISSIONS: Priority to Brooklyn students. Admissions is based on the educational option formula, which aims for a mix of low- average- and high-achieving students. (Laura Zingmond, web reports, April 2018; photo courtesy of Department of Education)

This program is tailored to support students in acquiring skills for early childhood education and preparing for the Child Development Credential (CDA). Participants will take Early College Courses in education and participate in externships in order to fulfill the criteria of this program.

This program provides students with an opportunity to participate in courses that enhance their skills in computer coding, robotics and game design. Participants are also required to do job shadowing and internships in the field.