P.S. 37R The David Marquis School of the Arts 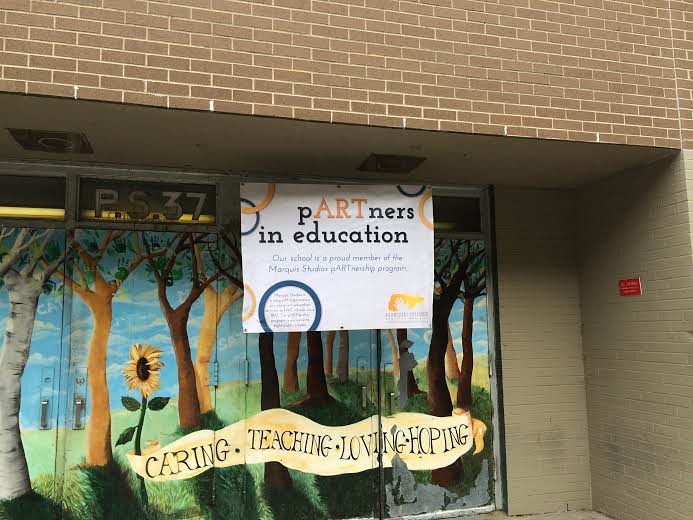 PS 37R, The David Marquis School of the Arts, serves children on the autism spectrum and with intellectual disabilities, including many who are non-verbal or minimally verbal. The students range from pre-k to grade 12, and almost three quarters are boys.

PS37R is located at several sites, including its main building in Great Kills, IS 2 in Midland Beach and its Great Kills High School for students with autism. It also runs inclusion sites at three other Staten Island schools for students who need a less restrictive environment.

PS 37R tries to set high standards, relying on lessons that are practical and based on experiences and allowing students to master the material in various ways. So, for example, children who are non-verbal communicate by pointing to pictures on iPads or using other communication devices as early as kindergarten, while students who are verbal answer questions orally.

The school won praise in a Department of Education report for working closely with families to meet students’ needs and keep parents informed about future expectations for their child. “We always know what our kids are doing and what is coming next,” a parent told the report’s author. Another parent stated: “I now know how to make a “chore sheet” for my daughter at home to give her some independence. This wouldn’t have happened if her teacher didn’t send home this information.”

In 2014-15, PS 37R reported it had placed students in 33 worksites, leading to 95 percent of its graduates getting a job or being placed in a workshop program.

The school has a wide range of partnerships, and offers Boy Scouts and Girl Scouts, among other activities. A long-standing partnership with Marquis Studios has included movement, music and visual art. In 2018 PS 37R was named the David Marquis School of the Arts, after the founder of Marquis Studios, who was a pioneer of arts inclusion programs in New York City's public schools.

ADMISSIONS: Citywide. PS 37R is part of District 75, a network of 69 schools dedicated to New York City’s students with disabilities who require increased attention. District 75 provides educational, vocational, and behavioral support programs for students who are on the autism spectrum, have significant cognitive delays, are significantly emotionally challenged, have a sensory impairment or have multiple disabilities. (Gail Robinson, web reports, October 2017; updated 2018)

How many teachers have 3 or more years of experience teaching?
75%
0% Citywide Average
Years of principal experience at this school
4.0