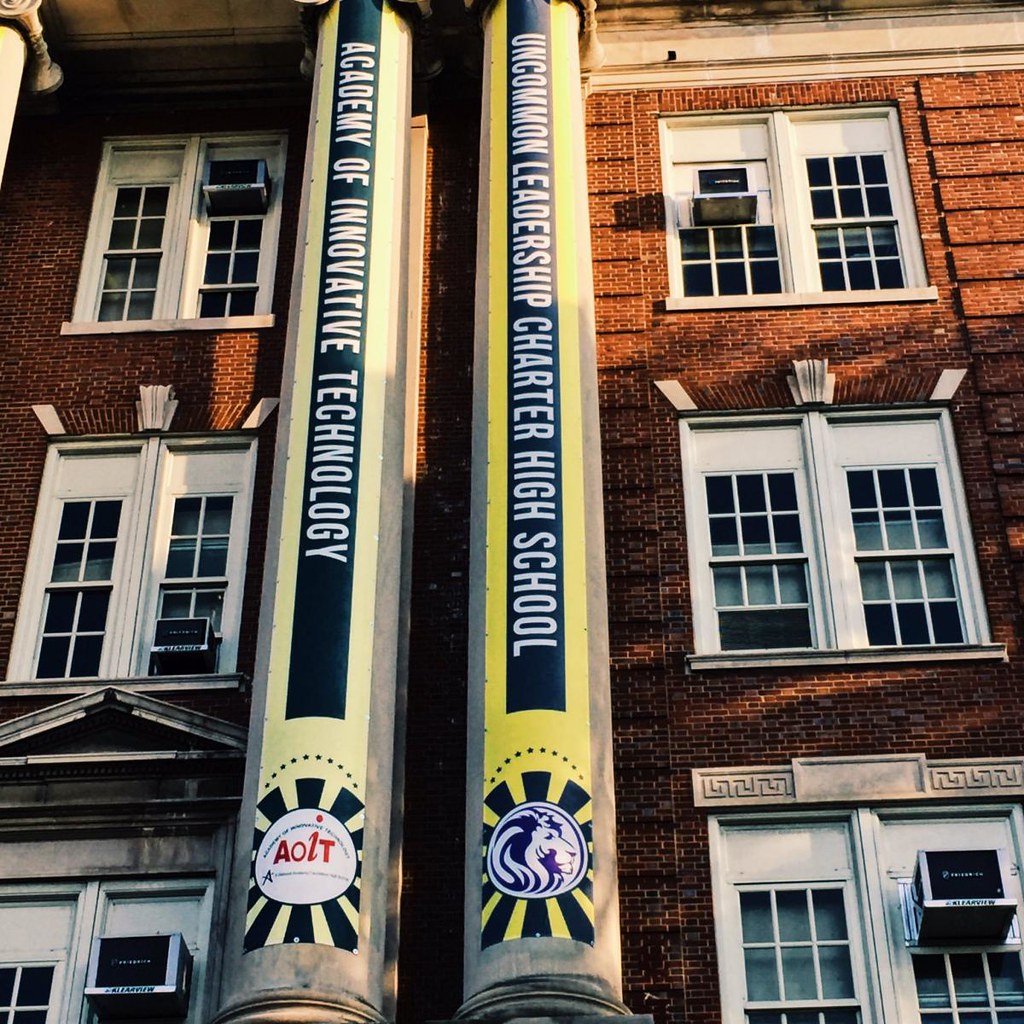 Part of a network with high graduation rates

Uncommon Leadership Charter High School opened with a class of about 100 ninth-graders in fall 2017 and will expand to become a full four-year high school.

The school is part of the Uncommon network, one of the city’s largest operators of charter schools. According to the organization’s website, the schools focus on maintaining high standards and on getting students, many of them low-income, into and through four-year colleges. The Uncommon schools employ what has come to be called the “no excuses” approach, where learning is highly structured, children wear uniforms and students are expected to be orderly even during lunch, which is centered on “fueling up for the afternoon's lessons.”

On most statistical measures, the schools in the network perform as well as and often better than district schools in similar neighborhoods.

The school uses a curriculum developed by Uncommon. It features 100 minutes of in-class literacy instruction for 9th- and 10th-graders. Students receive homework help and after-school tutoring, with struggling students required to attend classes on Saturday.

Sean Gavin, the principal and co-founder of the school, taught in Baltimore before joining Uncommon in 2013.

ADMISSIONS: The school has a very limited number of spaces available for 9th-graders who did not attend an Uncommon middle school. Those students are selected from a waiting list created when the children applied to 5th grade. No new students are admitted after 9th grade. (Gail Robinson, school website and web reports, February 2018)