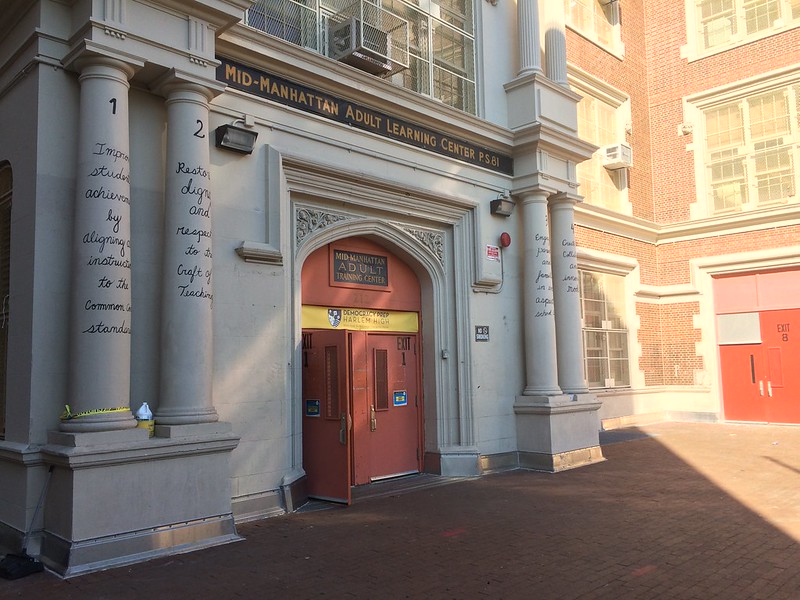 Students learn Korean and receive support throughout the college process

Democracy Prep Harlem High combines rigorous academics with strict discipline. For those who do well in a regimented environment, the school offers the opportunity to study Korean language and culture, to develop civic engagement skills and to write lengthy independent research papers. The schools offer a longer school day and year and the possibility of international travel.

Founded in 2013, Democracy Prep Harlem is the second high school in a network of schools founded by Seth Andrews, a graduate of Bronx High School of Science and the Harvard School of Education who taught in South Korea. His schools, which serve mostly black and Latino students, aim to replicate what Andrews saw as the Korean values of hard work and respect for teachers.

The pace is fast and the environment is competitive. Students who cannot keep up may be asked to repeat a grade, and some become discouraged and leave each year. But those who persevere are admitted to top colleges and get advice and support from other Democracy Prep alumni during their college years. Though the sampling of students is small, Democracy Prep has had better success than most charter networks getting students into and through college, according to an article in the Daily News.

Students take four years of Korean language and learn about Korean culture through traditional music, dance and practices. Some even go to South Korea. Teachers hope that learning Korean will instill confidence in students and help them stand out in the college process.

Unlike some charters that don’t accept students after a certain grade, Democracy Prep takes in new students whenever a spot opens up, even in later grades. Each student is assigned a faculty advisor. Tutoring is available on the weekends, after school and in the summer.

The school website shows musical theater performances, such as In the Heights, and trips to Ecuador and South Africa, for those who reach certain academic and behavior benchmarks.

Democracy Prep schools instill aculture of strict discipline. Students earn points to earn special privileges and demerits for tardiness, missing uniforms and other infractions. Students are dismissed early on Friday unless they have been assigned a one- or two-hour detention, according to the student handbook. The suspension rate was 25 percent, far above the statewide average, in the most recently available data.

Civic action includes trips to Albany and Washington D.C. to speak to elected officials on issues of importance to students. All seniors complete a final college-level research project on a social or political issue of their choosing.

This school is in its own building.