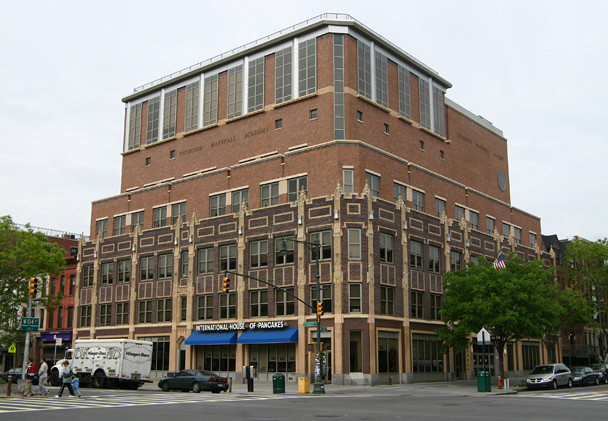 Founded in collaboration with the Abyssinian Development Corporation in 1993, Thurgood Marshall Academy has a bright and cheery building with well-equipped science labs. The school has high expectations and children are encouraged as early as 6th grade to think about going to college, according to the 2016 Quality Review.

Sean Davenport, principal since 2011, says he motivates students by giving them academic challenges, such as having them memorize Shakespeare.

The school serves a predominately African-American and Latino student body, and more than 90 percent of students said they feel teachers respect their culture, according to surveys. However, only 60 percent said they believe discipline is fair.

Academic achievement still has a way to go: many middle school students score below state standards on reading and math tests. Although more than three-quarters graduate from high school on time, most must take remedial courses if they go on to college.

How many teachers have 3 or more years of experience teaching?
90%
76% Citywide Average
Years of principal experience at this school
1.2

How many students with disabilities graduate in 4 years?
50%
74% Citywide Average

We offer a traditional Regents curriculum, designed to graduate well-rounded students, equipped with communication and critical thinking skills, and a broad, global perspective - all of which are vital components of college and career readiness. Financial literacy and life skills are embedded in our curriculum. All courses are aligned to the Common Core Learning Standards, incorporate progressive ideas and provide students with opportunities for real-world application.