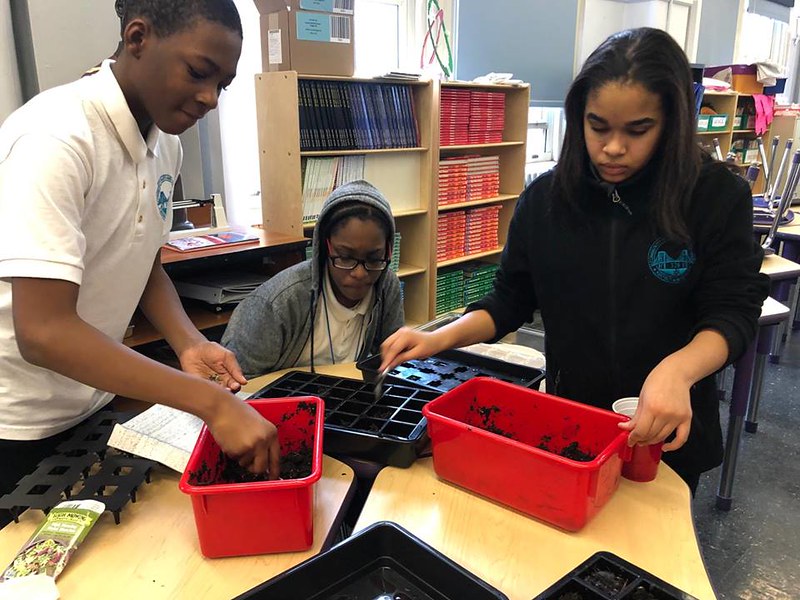 The school has a dual language program designed to make students fluent in both Spanish and English. Children who speak other languages, including Arabic, receive instruction in English as a New Language, according to the Comprehensive Educational Plan (CEP). Students come from Harlem and the Bronx as well as from the immediate neighborhood.

MS 328, opened in 2004, was one of two small schools that replaced IS 164, which was closed for poor performance. In 2016, MS 328 merged with the other mini school, MS 326, and was renamed Community Math and Science Prep. [photo of students growing lettuce in science from the school's Facebook page]

How many teachers have 3 or more years of experience teaching?
68%
75% Citywide Average
Years of principal experience at this school
7.9

Shared campus?
Yes
This school shares the building with the WHIN Music Community
Uniforms required?
No
Metal detectors?
No