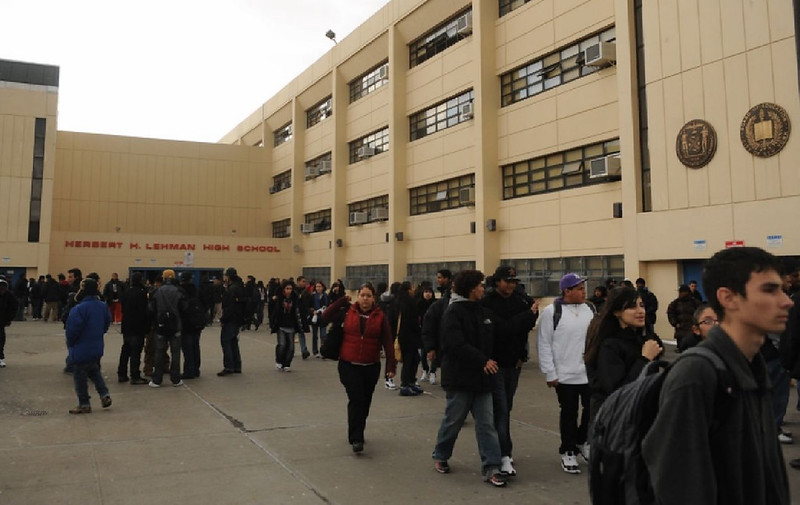 Friction between staff and principal

Westchester Square Academy, opened in fall 2012 in the Herbert H. Lehman campus, is designed to bring the philosophy and teaching methods of one of the city's most selective schools, Brooklyn Latin, to a wider group of students. Unfortunately, there has been a rapid deterioration in the tone of the school since the founding principal left in 2016, according to school surveys.

There is friction between teachers and Principal Yira Salcedo, who arrived in 2016, according to surveys. Several parents have told us many of the school's teachers left in Salcedo’s first two years.

On the positive side, Westchester Square Academy has maintained its original teaching methods, such as student-led discussions, called Socratic Seminars. Students learn to defend their ideas logically, to draw key ideas from their reading and to state and write their ideas clearly. Students take quarterly assessments and teachers offer lots of feedback.

Most 9th grade classes have two adults in the classroom with the addition of either a special education teacher or a humanities teacher.

Westchester has a screened honors program for students with good attendance and grades who seek more demanding coursework, including calculus, chemistry and physics. Students in the unscreened program who want to push themselves may also take pre-AP and AP classes. This "open honors" approach allows them to take just one or two AP classes if they show a willingness and demonstrate motivation.

Students make use of Lehman’s campus-wide clubs and sports. WSA has several clubs with topics such as social justice, drama, dance and debate. It shares a cafeteria with Renaissance, another small high school in the building.

A college advisor works with classroom teachers on skills such as vocabulary development, test taking and essay writing.

The school was founded by Sara Dingledy, assistant headmaster of Brooklyn Latin, who left to be principal of Martha’s Vineyard Regional High School in fall 2016.

Admissions: Priority to Bronx students or residents. The school seeks students with a range of academic records. Both the screened and unscreened programs require an on-site interview. (Lydie Raschka, web reports, October 2018)

How many teachers have 3 or more years of experience teaching?
43%
76% Citywide Average
Years of principal experience at this school
3.0