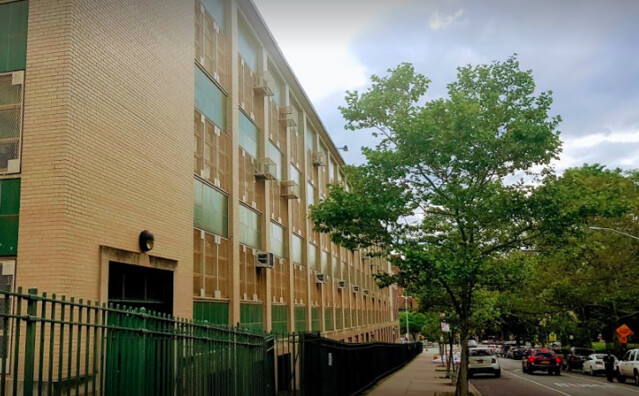 Extra academic help before and after school

Some concerns about discipline and order on school surveys

At the southern end of Crotona Park, PS 110 Theodore Schoenfeld serves pre-kindergarten to 5th grade students. The school offers extra academic support before and after school hours. Parents are invited to math and writing celebrations, monthly award ceremonies, game nights and other events.

PS 110 serves many students with disabilities, as well as children of families living in temporary housing, according to the Comprehensive Educational Plan (CEP). The number of students learning English has almost doubled since 2010: many are new immigrants adapting to a new culture. Children participate in two-hours of literacy each day, one for reading and one for writing, and they use technology to support their reading and writing work, such as document cameras, Smartboards, iPads and laptops.

While most parents seem pleased with the school, teachers say the school culture could be improved, according to those who responded to the NYC school survey. Close to half the responders said order and discipline are not maintained in school.

The school promotes a positive school culture by using school clubs as incentives for good behavior in grades 2-5. The younger children visit the school store to buy small things when they earn enough points for upholding school values. There are two guidance counselors on staff, in addition to a psychologist and a social worker, according to the budget summary.

The PS 110 building is shared with Mott Hall III, a selective middle school.

SPECIAL EDUCATION: The school has a long history of serving students with disabilities. Team-teaching classes mix up to twelve students with special needs in general education classrooms. Additionally, three small “self contained” classes serve up to twelve students in one room with a special education teacher and a paraprofessional. Students learning to speak English generally work with a trained teacher who visits the child’s classroom to offer extra help during certain periods of the day.

How many teachers have 3 or more years of experience teaching?
73%
80% Citywide Average
Years of principal experience at this school
13.0