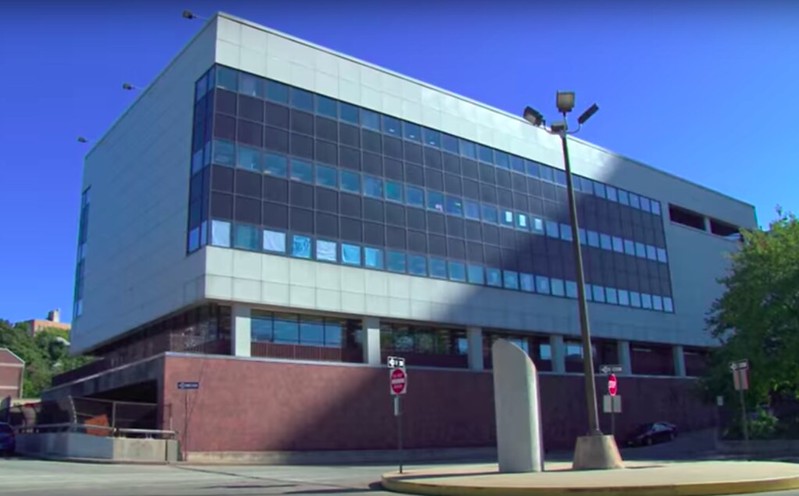 Most students live in the nearby River Park Towers Apartments, a public housing development, according to the school’s Comprehensive Educational Plan (CEP). About one-fourth live in temporary housing and some are still learning English.

The school has some nice features intended to tap into the talents of teens who are learning to speak English, and struggling to read or write. The American Composers’ Orchestra brings in drumming, rhythmic composition, chorus, songwriting and sight-reading. Wingspan Arts works with all 6th grade classes; students study modern, hip hop and Latin dancing.

Long-time performing arts coordinator, Hugh Fletcher, produces two theater performances a year complete with props and costumes. He has made IS 229 the only middle school in the Bronx that is a member of New York Thespians, and writes about his experiences with the drama club on Schooltheatre.org.

The school, which shares a building with PS 274, has an open-floor plan. Classes are separated by dividers that don't reach either to the ceiling or from wall to wall. The situation gets noisy and can be hard to supervise “hot spots” such as hallways and classrooms, where conflicts arise, according to the CEP.

Principal Patrick Kelly took the helm in 2018, following a principal who had served for 16 years. Kelly was formerly principal of MS 325 in the Bronx, which closed in 2018 due to poor performance.

How many teachers have 3 or more years of experience teaching?
74%
75% Citywide Average

Shared campus?
Yes
This school shares the building with PS 274
Uniforms required?
No
Metal detectors?
No

The Creston Academy for Responsibility and Excellence (C.A.R.E.)