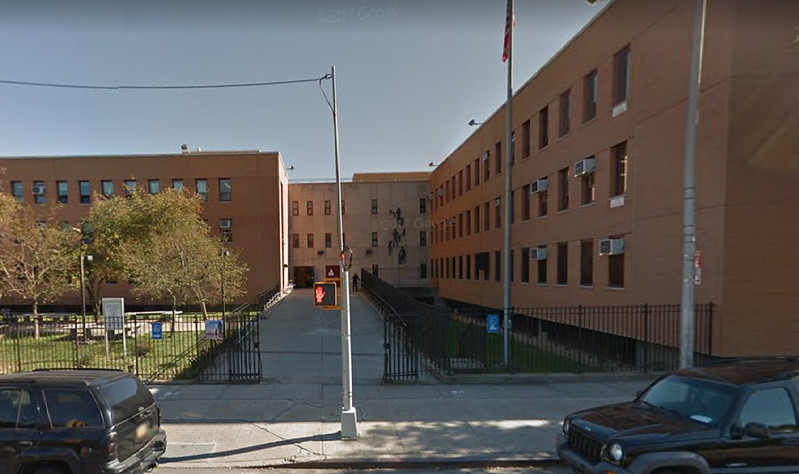 Housed in a plain four-story red brick building, IS 339 has small classes and a free after school program. Bronx Works and SCAN-NY, two youth service providers, lead small group instruction and clubs for students on Tuesday through Friday until 6 pm, and on Saturdays from 9 am to 3 pm, according to the annual report of goals and accomplishments called the Comprehensive Educational Plan (CEP).

The school has long struggled with uneven attendance, low levels of academic achievement and safety. The building, shared with IS 313, is one of the few middle schools in the city with metal detectors. The school is located in one of the poorest neighborhoods of New York City; one in six adults is unemployed, according to city data.

Despite the many challenges, IS 339 has seen some improvement in recent years, school surveys show. Most teachers say Principal Kim Outerbridge is an effective manager. She leads by example, meeting with reading and math teachers regularly, according to the CEP. The school celebrates good attendance with trips and assemblies.

Test scores are inching up but still have a ways to go. Teachers visit each others' classrooms to improve their practice. They work with Teachers College Writing Project at Columbia University to improve student writing. Students participate in Socratic Seminars, during which they debate a topic following a formal set of rules.

The school offers preparation for the specialized high school exam and helps students prepare for auditions.

Constructed in 1973, the building formerly housed Diana Sands Intermediate School 147, named after a famous alumna, the actress best known for her portrayal in A Raisin in the Sun. IS 147 was split into the two small middle schools in 2001 and renamed the Diana Sands Educational Complex.

Admissions: Open to students and residents of the Bronx. (Lydie Raschka, web reports, May 2019)

How many teachers have 3 or more years of experience teaching?
82%
75% Citywide Average
Years of principal experience at this school
7.9

The School of Mathematics, Science and Technology through the Arts (I.S. 318)