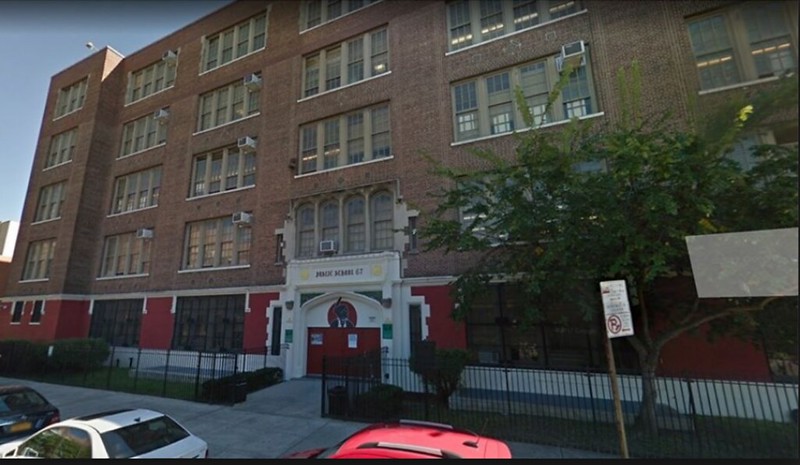 Trips to zoos, parks and the Bronx River

Working to improve test scores along with discipline

MARCH 2018 UPDATE:  Urban Assembly School for Wildlife Conservation will close at the end of June 2018. The school struggled with low performance and in September 2017 a student was fatally stabbed on the premises, which led to the removal of the principal, Astrid Jacobo and installation of metal detectors.

DECEMBER 2013 REVIEW: UA School for Wildlife Conservation, sometimes dubbed the "zoo school" for its work with the Bronx Zoo, aims to nudge kids in the direction of careers in science by getting them outside exploring the world.

Students leave the building at least once a month to explore parks, zoos and aquariums. They monitor the water quality in the Bronx River, plant trees in Van Cortland Park and help out in a community garden. The school offers electives in marine biology and environmental science.

Many students come in with low skills and test scores have a ways to go. Those who lag behind can get extra support in the extended day program.

Once on a list of schools with the most suspensions in the city, teachers have learned strategies for curbing bad behavior, through their work with a group called Turnaround for Children. The school has seen a dramatic change in satisfaction rates among students, teachers and parents on surveys provided by the city.

See the chess club, and samples of student photography on the school's website. [photo above from the website]

Principal Latir Primus replaced long-time principal Mark Ossenheimer in 2014, when Ossenheimer left to become director of the Office of School Quality at the Department of Education. Primus is a graduate of Baruch and City University of New York. He has worked as a 7th grade English language arts teacher, a middle school dean, and was the assistant principal at UASWC for three and a half years.

The school is housed in PS 67. Urban Assembly is a non-profit group that helps create college prep schools in under-served neighborhoods.

Shared campus?
Yes
This school shared a building with PS 67
Uniforms required?
No
Metal detectors?
No

East Bronx Academy for the Future