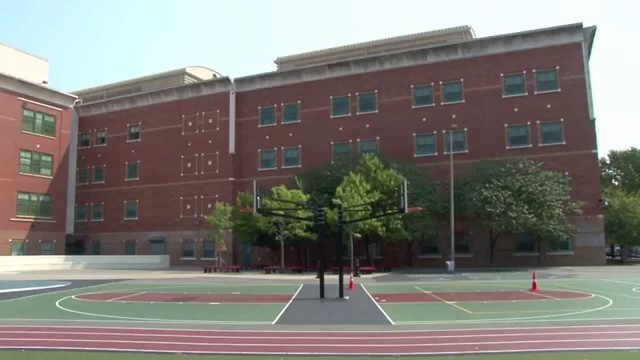 Achievement for English language learners has a ways to go

I.S. 5 is a large middle school with solid academics and a nice array of extracurricular activities. It has a small dual language Spanish program that helps Spanish-speakers become more proficient in English while perfecting their native language; it also provides English speakers the opportunity to become fluent in Spanish.

Reflecting its diverse neighborhood of Elmhurst, I.S. 5 is a melting pot of families who come from over 30 different countries, the majority of them speak languages other than English at home.

The school has above-average test scores and excellent student attendance. Students are almost never suspended; instead IS 5 addresses behavior and discipline problems with peer mediation and in groups known as “circles,” where students learn to de-escalate tensions and conflict, according to the school’s annual Comprehensive Educational Plan (CEP).

To elevate achievement for all, teachers are weaving in more student-led projects, which bolsters independent learning and fosters a lot more collaboration among teachers in designing lessons, according to the CEP

In addition to core academic subjects, the school offers instruction in art, cooking, technology, dance, band and orchestra. Sports and a range of clubs are offered after school.

All students are taught Spanish, either in the dual language program or as an individual subject class.

To help them acclimate to middle school, 6th-graders participate in advisory groups that tackle social and academic issues. All grades participate in the Leader in Me program, which is based on The 7 Habits of Highly Effective Teens, by Sean Covey. In classrooms and throughout the school teachers and staff encourage students to develop skills such as self-reliance, goal setting, prioritizing work, managing emotions and being considerate of others.

The school is housed in a modern building equipped with a television-production studio, two cafeterias, music and dance studios, a beautiful library, and well-stocked science labs.

Kelly Nepogoda, a former assistant principal at I.S. 5, has been the school’s principal since January 2014.

SPECIAL EDUCATION: The schools offers self –contained and ICT (Integrated Co-teaching) classes as well as SETSS.

ADMISSIONS: The small dual language program accepts students from across Queens with preference to those who attend elementary school Spanish dual language or bilingual programs, are learning English or are proficient in both Spanish and English. All other seats are open to students from P.S. 16, P.S. 19, and P.S. 143 as well as students zoned to I.S. 61 or I.S. 311. (Laura Zingmond, web reports, October 2018)

How many teachers have 3 or more years of experience teaching?
82%
75% Citywide Average
Years of principal experience at this school
5.8