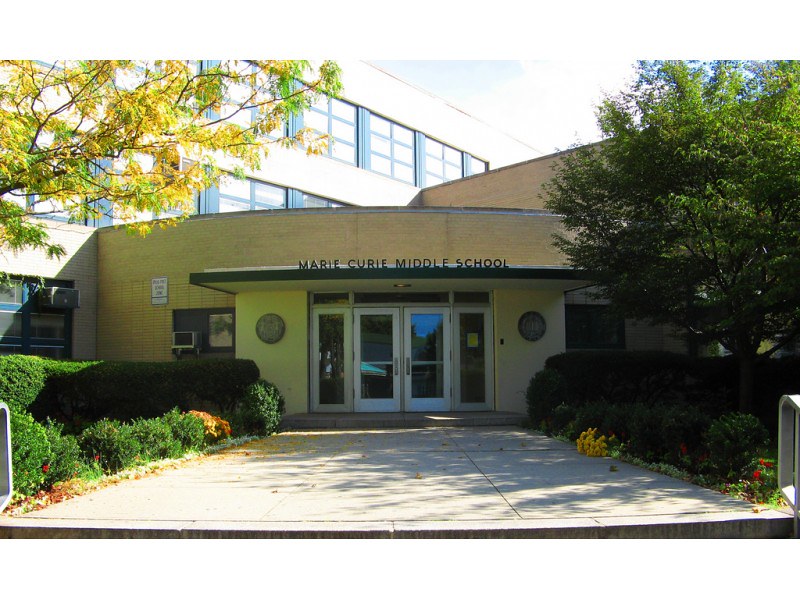 Surrounded by parks near the Nassau-Queens border, MS 158 is a large neighborhood school with high-achieving students who go on to top high schools. A gifted and talented program is open to children from across District 26, with preference to those graduating from the G&T program at PS 188.

The school serves many children of immigrants from China, South Korea and Russia. The school has a band and a chorus for each grade as well as instruction in technology and fine arts. A Beacon program offers afterschool for children as well as classes in Zumba, Tai Chi, yoga and dance for adults.

While parents are mostly satisfied with the school, students say they would like more personal attention from teachers, according to school surveys. Only half of the students responding to surveys said teachers support them when they are upset or help them catch up if they fall behind. Henry Schandel, who became principal in 2016, has won the trust of most parents, but only one-third of teachers say he is an effective manager .

More than one-third of 8th graders are accepted into the specialized high schools and a large number of 6th graders leave for the highly selective Hunter College High School, which begins in 7th grade, according to the Middle School Directory.

How many teachers have 3 or more years of experience teaching?
84%
75% Citywide Average
Years of principal experience at this school
2.9