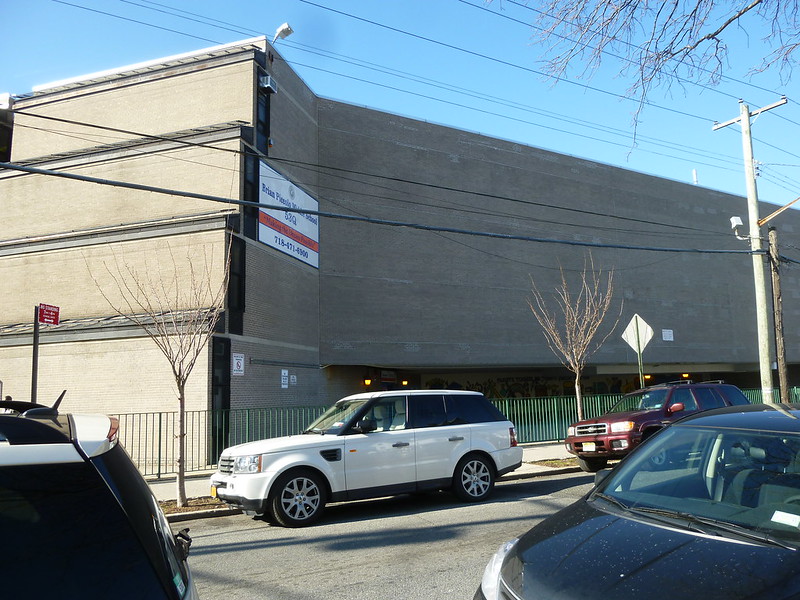 Arts and after school programs

SEPTEMBER 2017 REVIEW: MS 53 Brian Piccolo Middle School features step, drum, cartooning, dance, movie production, chorus and an after school program where teens can write songs and produce a CD. An annual event in May highlights student work in the arts.

While test scores remain far below the citywide average, the atmosphere at MS 53 has improved somewhat in recent years, with better attendance and fewer suspensions. The suspension rate dropped from almost 300 in 2010 to about 25 in 2016, according to a Daily News article.

Nonetheless, problems with order and discipline remain, according to NYC School Surveys, and only about one-third of teachers say they would recommend the school to other families on the survey.

Assistant principal Andrea Majied took the helm in 2016, replacing Shawn Rux, who introduced the arts programs and was credited with improving the school climate.

The building looks like a fortress. Inside, security officers sit at a station with a TV monitor, students pass through metal detectors and some staff carry walkie-talkies.

Advantages of the location are a science lab and a one million dollar playground with a track, basketball courts, climbing wall, balance beams, slides, a physical fitness area and a volleyball court. The building is shared with a small middle school called Village Academy.

AFTER SCHOOL: Remedial and accelerated math and literacy classes meet most afternoons and Saturday. Homework help as well as art, dance, and recreational activities are offered on weekday afternoons. Students may take part in drama, track, soccer, basketball, or rowing for girls.

How many teachers have 3 or more years of experience teaching?
50%
75% Citywide Average
Years of principal experience at this school
2.9