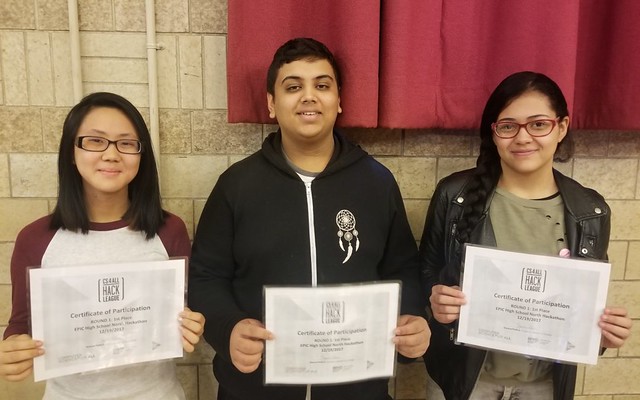 EPIC High School-North, opened in 2014, is one of four city schools founded with grants from the Open Society Foundations to help improve college and career-readiness rates for black and Latino students. Two of the school's first graduates won prestigious POSSE scholarships, one to Layfayette College and one to Babson College, according to the school's website.

Like other schools in the group, Epic North stresses culturally responsive education, providing students with social and emotional supports including mentors, and tailoring instruction to the individual student. Many classes are interdisciplinary. Epic uses a restorative justice approach to discipline, which emphasizes supportive measures such as counseling and peer mediation over suspensions.

The small, diverse school gives students a voice. They run the morning meeting, for example, and a group of students meets with the principal every week to discuss the quality of classes and address any shortcomings. And the school organizes meetings where students provide detailed accounts of their academic performance to their parents.

Many classes involve real world issues and problem solving, encouraging students to take the initiative for their learning. In one class, visited by a Department of Education reviewer, students tried to determine the cause of an airplane crash, while in another 9th graders identified and then tried to develop a plan to combat a rapidly spreading disease.

An unusually high percentage of students said in a Department of Education survey that they are supported and guided by the adults in the building. Students feel safe and most don’t see bullying as a problem at Epic North. Teachers also seem satisfied and look forward to coming to work there.

A downside: there are no sports teams.

The school is housed in a former Roman Catholic high school building that once served as the Richmond Hill High School annex.

Special education: Almost all students with disabilities spend a substantial part of their school day in team teaching classes with a mix of general and special education students.

Admissions: The school does not screen students but gives priority to Queens residents. It fills all of its seats. (Gail Robinson, web reports and DOE material, November 2018; photo from school's website)

How many teachers have 3 or more years of experience teaching?
56%
76% Citywide Average
Years of principal experience at this school
0.9

Students explore many themes with a strong emphasis on literacy across content areas.