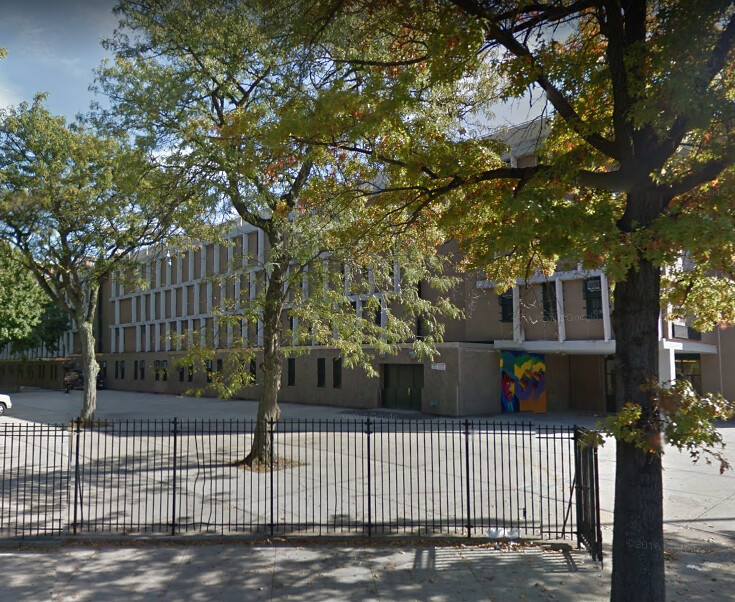 Redwood Middle School is a new small middle school in the Rochdale section of Jamaica that garners praises for its safety and friendliness but faces some academic challenges.

Classes average 26 students or less, fewer than at most city middle schools. The school says it emphasizes reading and math literacy and provides extra instruction in both areas before and after school and on Saturdays. But Redwood seeks to go beyond those basics, offering a computer tech program, foreign language instruction and, for eighth graders, Regents (high school level) classes. An afterschool program provides academic help, clubs and opportunities for students to work together on identifying school, local or even global problems and creating service projects to address them. The community-based Jackie Robinson Program offers an array of arts and sports activities.

Adults at Redwood work to create a warm, supportive environment. Activities include formal peer mediation and conflict resolution programs. Students can meet with their advisors every morning. Administrators and all teachers stand in the halls at the beginning of the day and between classes, greeting students by name and offering an occasional friendly comment, the School Quality Report found.

The efforts appear successful. An atmosphere of respect emanates throughout the hallways and classrooms, the report states. Students generally feel safe in and around their school. The school shares its building with MS 72 Catherine & Count Basie, but Redwood students seem to find their environs much safer than their counterparts at MS 72 do, according to school survey reports.

Redwoods early test score results have been fairly low. Students, though, have a generally high opinion of their classes, with large numbers finding the feedback they receive valuable. Most of the children think their teachers set clear expectations for them and that their classes are preparing them for the next level and making them think critically.

Redwood has a large percentage of students with special needs and offers both team teaching classes, where two teachers instruct a class with a mix of general education and special needs students, and self-contained special education classes. Test scores for student with disabilities at Redwood lag behind the citywide average.

ADMISSIONS: The school is open to residents of and students in District 28. Children who live in the school zone and who sign in at an event get top priority, followed by other residents of District 28 who also get priority for signing in at an event. Within those priorities, students are selected by lottery. There were two applicants for each seat in 2016, making it less difficult to get into than many other middle schools. (Gail Robinson, based on web reports and DOE data, August 2017)

How many teachers have 3 or more years of experience teaching?
76%
75% Citywide Average
Years of principal experience at this school
2.0

Shared campus?
Yes
This school shares a building with MS 72
Uniforms required?
No
Metal detectors?
No