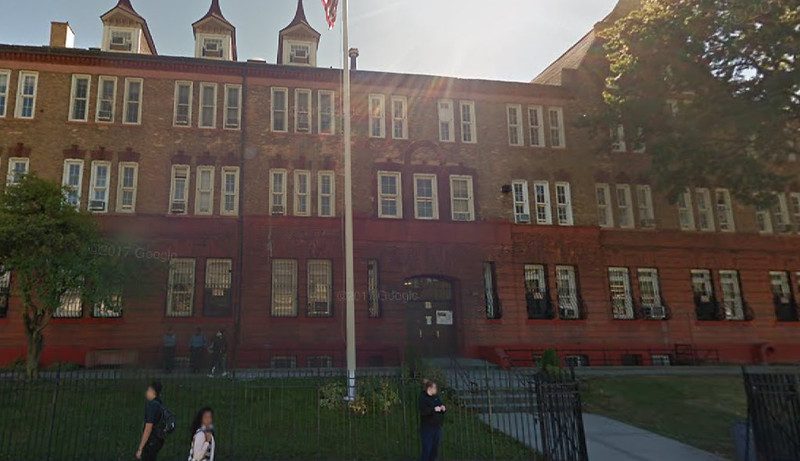 Queens Satellite High School for Opportunity serves students who are at least 16 years old and transferring from at least one prior high school. It runs on a trimester so older students who work hard may finish a year and a half’s worth of classes from September to June.

The average age of students is about 18 year old, said a social work student who worked in the building, posting on the parentsofteens listserv. Some may be older than 20 by the time they get their diplomas. The smaller school setting is designed to provide more individual support.

“The principal, Tom McKenna, is just amazing,” said the social work student. “He was brought in last year [2017] to rescue the school from failure and he has definitely done that.” He gained experience with transfer schools as the founding principal of Brooklyn Democracy Academy. Much of his work experience has been with at-risk youth, according to his Linked in page, including a stint as assistant principal of the high school of Riker's Island.

“Although some of the students need a lot of control, the school is a safe place,” the social work candidate said. “Not that there has never been a fistfight or physical bullying, but there is a system to handle it instantly,” she wrote.

The school shares the building with a GED program designed for new immigrants. There is no gymnasium, but gym classes are held in the Jamaica YMCA two blocks away, and students take yoga in the building for one trimester.

Queens Satellite is part of the New York Performance Standards Consortium, a group of schools exempt from administering all but the English Regents exam. Eleventh- and 12th-graders must complete PBATs (performance based assessment tasks) on topics of their choosing, which involve research and reading as well as writing and presenting papers in English, math, history, science, a foreign language and art.

Admissions: Open to older students who are unhappy or unsuccessful in their previous schools.  (Lydie Raschka, web reports, December 2018)

How many teachers have 3 or more years of experience teaching?
92%
76% Citywide Average
Years of principal experience at this school
2.0

How many students with disabilities graduate in 4 years?
31%
66% Citywide Average