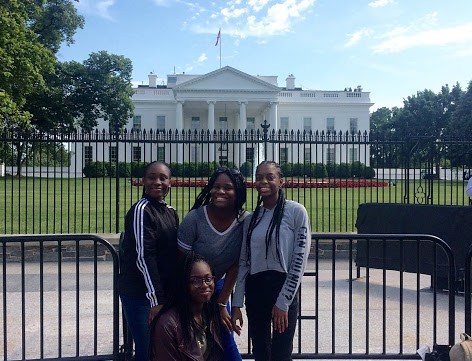 The Gordon Parks School, open to children from across District 29, is a small school with solid academics that sees the arts as key to developing the whole child. Students from pre-k to 8th grade may take visual art, music and dance, and the school has a teacher for each of those disciplines.

Along with arts, Gordon Parks stresses technology, with students as young as kindergarten using tablets. The school has expanded its elementary school science and technology initiative into the middle grades, with instruction on coding and engineering fundamentals along with math and science. This, the school says in its Comprehensive Educational Plan, has enabled more 8th graders to take and pass the algebra Regents. Middle school students may also take Spanish and earn high school credit for that.

Located in a dramatic vertical building on a corner of busy, commercial Merrick Boulevard near the Belt Parkway, PS/IS 270 opened as an elementary school in 2003. Following some parent lobbying, the school expanded to serve middle school kids as well. Chayvonne Harper has been principal since 2012 when she replaced founding principal Eleanor Andrews.

Gordon Parks has an after school program open to all grades. Among other activities, it offers dance and a program where students learn about filmmaking, photography, fashion design, acting, audio production and scenery creation.

Eighth graders go on a trip to Washington, DC, and the school holds special events such as a science fair and a cultural festival in Alley Pond Park. [photo from school website]

A downside: Children would benefit from more class discussions and less listening to the teacher talk, according to the Quality Review.

On the positive side, the school’s yearly plan says all students at Gordon Parks are known by at least four adults in the building, and guidance counselors are available to help struggling students.

How many teachers have 3 or more years of experience teaching?
94%
79% Citywide Average
Years of principal experience at this school
7.3